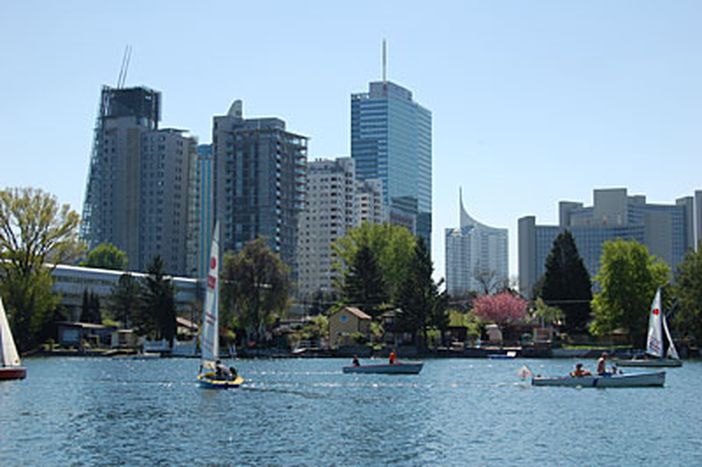 Blog action day: „My city my river“: Rediscovering the Danube

By Daniel Spichtinger Austrians have always had a special relationship with the Danube. Some look nostalgically at it, remembering the time when many of the countries on the Danube were under Austrian rule – providing the Austro-Hungarian Empire with the alias “the Danube Monarchy” and its unofficial anthem, the Blue Danuebe Waltz.

Later the Danube turned into a border river and the countries beyond the Iron Curtain used the river the same way they used their guard towers and barbed wire. Now, twenty years after 1989 the Danube has reclaimed its position as a river in the heart of Europe and consequently Austrian interest in cooperation with the other countries on the river. On the EU level a strategy for the Danube region is being discussed to bring these countries together and to jointly realize “flagship projects” in the field of flood protection, economic as well as cultural cooperation.  A conference in April 2010 in Vienna focused specifically on transport, energy and environmental issues.

A recent exhibition and discussion session entitled “Die Donau - (K)Ein langer, ruhiger Fluss / The Danube – (not) a long and quiet river” organised by the Austrian MEP Hannes Swoboda and the Forum Weltoffen International discussed some of these points, in particular the cultural dimension. The region was presented as a multifaceted space with a history and a potential for conflict as well as cooperation covering a variety of cultures. After all it flows through 10 countries! The exhibition featured photographs and other artwork from artists from many of these countries and also includes highlights the “wider Danube area”, including Istanbul and the Black Sea area. 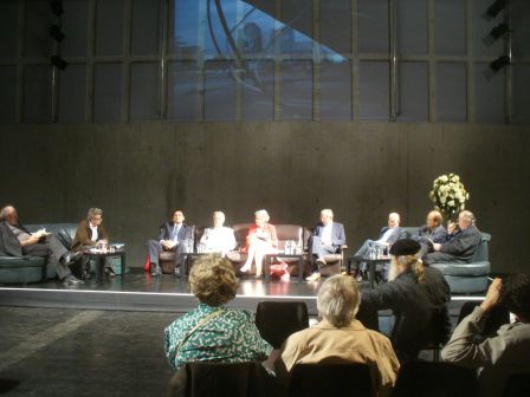 This “rediscovery” of the Danube in recent years has also had special implications for Vienna. For a long time the districts that “counted” where those in the centre while those on the other side of the river – sometimes referred to as “Transdanubien” where neglected. This started to change with the creation of an artifical island as flood protection which was finished in 1988. Regarded by some with the typical Viennese sceptisims the “Danube Island” as it was soon called proofed not only to be efficient in the huge 2002 floods, which passed Vienna by, but also developed into an extreme popular leasure area, with space of cycling, swimming and even nude sunbathing. Anchored on the island is a school-ship for children from the surrounding areas. The most significant event, though, is the annual Danube Island Party (Donauinselfest) which draws a crowd of up to 3 million (in 2010) from Vienna, Austria and the neighbouring countries. Sponsored by the Social-Democrat Party of Vienna, it features famous bands all for free. 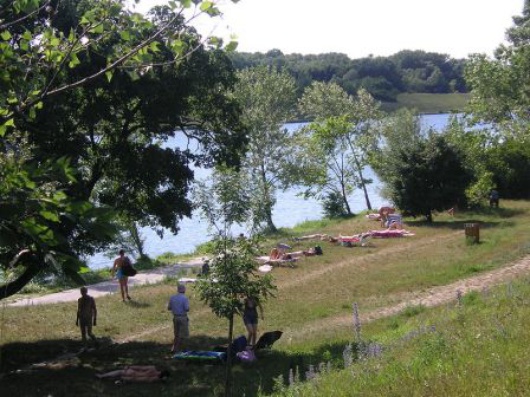 Surrounding the area a new part of the city was constructed in the eighties and has since then been considerably expanded. Consisting of modern, high-rise buildings and sky-scrapers the area has been nicknamed “Vienna’s Manhatten”. Work on the latest building, the DC Tower 1, which is scheduled to become Vienna’s highest building has just started. The city planers foresee further buildings in this area, so there is room for additional skyscrapers for the moment.The Danube’s aspects for Viennese life are therefore manifold: political, cultural, economic and social. It even included a flashmob of people dancing the “Danube Waltz” on Danube Day (June 29). The city itself has been reshaped by this river – in the past through flooding and in the present through development projects – and will continue to do so.