Bleach this: Paris nightlife gets a cold shower

After being branded Europe’s party-pooper a couple of years ago, a group of courageous rescuers of the night are attempting to turn the legendary city of lights into a renewed mecca for night owls. To some avail…

Splash! A considerable mass of water pours down onto a group of young people waiting in front of a bar. It’s come from one of the upper stories of an apartment building. Before the people hit by this unexpected deluge have the chance to process what happened, dodge out of the way and wipe the wet strands of hair out of their faces – splash! – a second bucket-load of water is catapulted onto the street. Strike! Another couple of passers-by and puzzled newcomers are soaking wet.

This is Paris by night

It gets worse. After a couple of minutes the doused victims realise to their horror that something here stinks - specifically, the water. Upon closer sniffing we realise that the water was mixed with a healthy dollop of Eau de Javel, a particularly corrosive bleach like Domestos in the UK, which is popular in France. ‘You’ll be paying for my jacket, idiot!’ shouts one Frenchman, on whose clothes the bleach is beginning to show its first effects. Then it becomes really nasty – a beer bottle comes flying overhead and smashes in the middle of the street. The bouncers begin to respond, asking the exasperated people to calm themselves down and take shelter to one side - the police are being called. A short time later, three patrol cars stop to check the situation out. Yet they clear off as fast as they arrive. 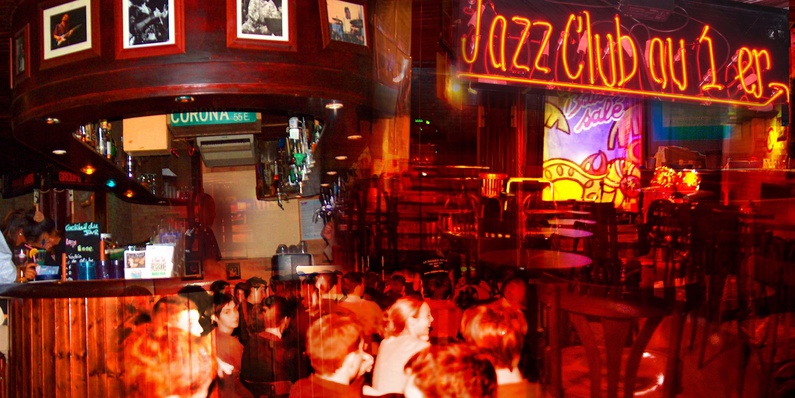 The smart reader would like to ask himself which isolated country pub he has found himself in, but we’re far from it. Our partygoers received their cold and corrosive shower (to boot) in the middle of none other than the French capital at 2am. Those waiting in front of Chez Moune, a former lesbian cabaret club not far from the metro stop Pigalle, are clearly in uproar. They as well as Parisian nightlife have been receiving a cold shower for a cruelly long time. 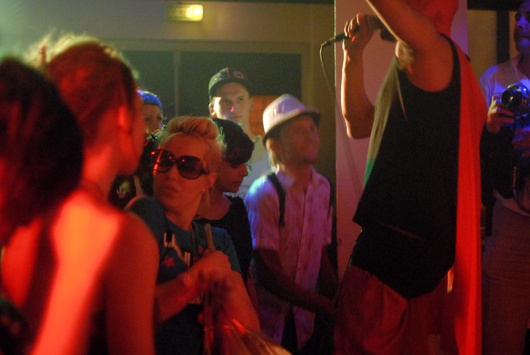 The light is being turned out on the city of lights. According to the local prefecture a total of 119 establishments in Paris were temporarily closed in 2009 due to excessive noise. Complaints from residents are increasing in quantity, especially since smoking is no longer allowed in bars and clubs due to the introduction of the smoking ban in 2008. Those who have got themselves into thirty years of debt by paying an a tidy sum of money (6 – 7, 000 euros per squared metre) for one of these sinfully expensive freehold apartments can at least expect to have some peace at night. The credit will be paid off eventually, he says, and fills his bucket up with water – a dash of Eau de Javel – out the window – done!

The ‘When the night dies in silence’ (Quand la nuit meurt en silence) initiative was established in October 2009 by DJ and event organiser Eric Labbé. It’s task was to challenge these so-called mentality problems. 16, 000 people signed a petition to save Paris' nightlife, a continuous trend that culminated in the first Parisian ‘general states of the night’ (Etats généraux de la nuit) on 12 and 13 November. Artists, sociologists, night owls and representatives of the residents have been discussing how get the capital back to the vibrant Paris it once was. Is the metro system that shuts at 1am on weekdays and 2am on weekends responsible for Paris’s dormant state? Should we take a leaf out of Berlin's book and open clubs in abandoned areas of Greater Paris? The tone at the conference seems crystal clear. According to the geographer and author of the book Nuits d'Europe ('European Nights'), we will ‘create the colonisation of the night through the activities of the day’.

Where clubbing is concerned Paris, which is still the most frequently visited in Europe (27 million foreign tourists per year), is being overtaken by cities like London, Berlin and Madrid. When the lights are going out in Paris, Londoners and Madrilenians are still dancing the night away. The fact that neighbours run straight to the window at the first sign of noise on the street has a lot to do with the fact that in Paris, more than 20, 000 inhabitants are squashed into one kilometre squared of space. With a surface area of 890 km² Berlin is nearly nine times bigger than Paris (105km²); Greater London stretches itself over an even larger 1, 500 km².

Barcelona’s buzzing nightlife inspired a new approach in Paris’ town halls. As of next year, clowns and pantomime artists should ‘playfully’ maintain quiet. Additionally, the amount of night buses should be increased and public places such as parks and museums could be used for events. The large amount of congestion that the last Parisian campaigns of this kind caused, such as Chromatic Nights at the Pompidou centre, Electro Nights (Nuits Elektro) run by telecom company SFR at the Grand Palais and a warehouse party in the Parisian suburb of Montreuil called 'Die Nacht' (The Night) has left a somewhat tepid aftertaste in the mouths of the Parisian night-folk.

In the meantime Erin Labbé is sticking to his guns: the Capital Nights event itself took place from 17 – 21 November, just a few days after the ‘Night Summit’. With the help of 500 musicians, the event should wake Paris out of its coma. Across five days party buses will go around the concorde monument until the early hours, underground stations will become concert halls and you will be able to hear electro music on the Bateaux Mouches, the tourism boats which run the length of the Seine. At least you won’t be drowning in a bucket full of water and bleach.