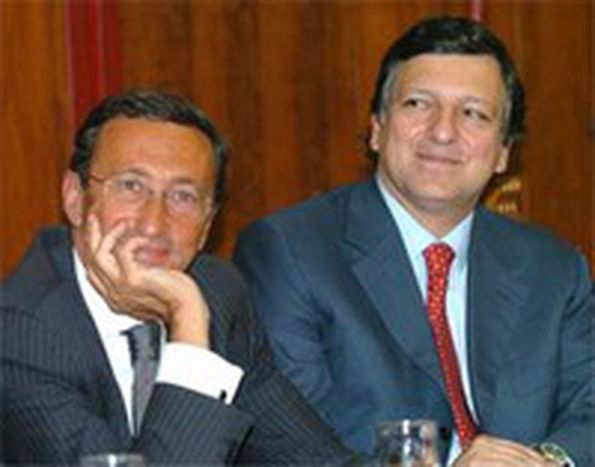 At a meeting in Lisbon in 2000, the European Council presented the member states with some big challenges: by 2010 we would lead the way in the economy, computing and full-employment. But with what money?

Christened the Lisbon Strategy, this project aims to make the EU the most competitive and dynamic economic zone in the world. This involves carrying out a series of structural reforms within member states, the aims of which would be defined at the national level, then coordinated at European level. Unfortunately, the ministers had not accounted for September 11, an increasingly stagnant economy and persistent, almost unbearable unemployment. These problems meant that in January 2005, following the Kok Report, nobody could believe it when José Manuel Barroso, President of the European Commission, decided to re-launch the strategy at the beginning of his mandate, which coincided with the half-way point of the Lisbon process. Despite their disbelief, everyone was content to play along…And yet today, just a few months later, the raison d’être of the Lisbon Strategy is threatened in three ways, while national leaders negotiate the budget for 2007-13.

Ultimately, everybody tries to look after their own national priorities. The most recent and obvious example comes courtesy of Gianfranco Fini, the Italian Minister for Foreign Affairs, who has declared himself ready to veto the European budget if the funds allocated to Italy are reduced. In theory, the budget does not serve to distribute finances to particular member states; rather it should be established within the context of common policies. It is this that creates the need to sustain the Lisbon Strategy, which develops the art of working as a team by combining different ways of contributing to the social and economic development of member states. But this seems to be a difficult method to use when national strategies have the upper hand.

The fall of a revised budget

This nationalist perspective does not bode well. For the European Parliament, an institution that will be an integral part of the decision-making process from now on, there is a great deal of incoherence in the reduced budgetary proposal of the Luxembourg Presidency. First to suffer are the ‘expendable’ areas of research, transport and education. Meanwhile the team of net contributors, known as the ‘Group of Six’ (France, Germany, Austria, the Netherlands, Great Britain and Sweden), are pleased that their wish to limit their contribution to 1% of their GDP, instead of the 1.14% initially planned by the European Commission, has been listened to. Under these conditions, the ambitions of the Lisbon process will be difficult to achieve. In fact, the decision to reduce the budget displays the contradictory behaviour of the national leaders, who want to become world powers without putting in the effort. A glimmer of hope exists as the main driving forces such as Germany are willing to make concessions in a bid to find a compromise, but is this enough?

Since the French No to the European constitution on May 29, the political crisis facing the EU has been a great threat to the Lisbon Strategy, rendering negotiations more and more laborious. As a result of the Franco-Dutch No, the budgetary talks will now have the tough task of averting a political breakdown or a potential financial crisis. Should it fail, ambitious European projects, such as the Lisbon Strategy, will be lost. Dalia Grybauskaite, European Commissioner for Financial Planning and the Budget, made clear last April that in the absence of a compromise this year, the new initiatives of the European project will not be launched quickly enough. That is why Jean-Claude Juncker, President of the European Council, proposed a weakened deal. Without sufficient funds, the Lisbon Strategy must at least have the chance to “survive”.

Will the Lisbon Strategy survive?

On June 8 the Parliament bemoaned, along with the Commission, the lack of funds allocated for in the proposed budget. But it is unlikely that national leaders, who must try to reach an agreement on this at the next European summit, on June 16-17, will hear this call. The stakes are high. The legitimacy of the European Union rests on its ability to contribute to its citizens’ prosperity – an ambition very much obscured by rhetoric.

Fortunately, European institutions are not the only important actors in the Lisbon process. National parliaments, unions, as well as civil society, will play a part in its successful implementation and therefore in its financing. It will be a serious battle. Considering that unemployment was one of the main reasons for the French refusal to ratify the Constitutional Treaty, would it not be in our interests to strengthen European defences in the face of a troubled eurozone and the continual wait for growth? This is what the Lisbon Strategy is here for. So will it be another missed opportunity?