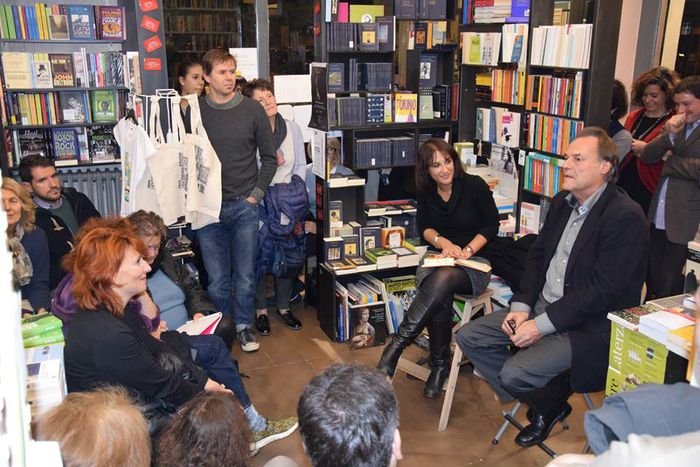 Between politics and literature, Europe seen by Peter Schneider

The political commitment of  the european youth, the migration crisis and the new communication technologies. The german intellectual and writer Peter Schneider reflects upon the current events in occasion of the launch, in Turin, of the italian translation of his latest book.

What does a writer, who lived some of the most important moments of the recent german and european history, think of some of the current events of our continent? Cafébabel Torino met Peter Schneider at Turin's Libreria Therese, where he launched, together with the writer Giusi Marchetta and the journalist Gian Luca Favetto, his latest book translated into italian, Gli amori di mia madre, published by L’orma Editore.

The German intellectual lived in first person what we call History. He was born during World War II and grew up in Germany in the hard postwar period. In 1965 he joined the staff of the Social Democratic Willy Brandt. Schneider wrote the speeches for this politician who , four years later, would become Chancellor of the German Federal Republic. In the following years, Schneider moves politically to the left-wing party, becoming one of the leading exponents of Berlin's '68. In the same period he also associates with his colleagues from the Faculty of Sociology of Trento, where he learns italian which he still speaks fluently. Since the early Seventies his novels, stories and essays became the voice of his generation. Besides being a writer, Schneider is also a visiting professor in several United State's Universities and writer of commentary articles for La Repubblica.

On the occasion of the meeting in Turin, in addition to the launch of his latest litterary effort, Peter Schneider dwells on Angela Merkel's role and on the political commitment of young europeans.

Frau Merkel, you did the right thing

The arrival of thousands of refugees in Europe is a major topic in news and in political analysis since many months, particularly in german medias. “We can do it” became Angela Merkel's political manifesto; last september, deciding to open frontiers to refugees and syrians and refusing to establish a limit of people allowed to seek asylum in Germany, she attracted the critics of the opposition as well as the critics of her own party. The first question deals with Merkel's important and unexpected change of direction; what does Schneider think about it? He approaches the subject with passionate tones . He criticizes the Left which, in his opinion, is not able to praise Angela Merkel for this “magnificent sentence” and for its political implications. These hesitations are caused by “the fear of losing its own life purpose. But doing this way the Left just keeps complaining”, this is the reflection of one of the most important figures of the European Left Party. On the same subject, Schneider states that this “generous and magnificent gesture will change Germany as well as Europe”. The writer stresses his apprehension for the great success of the Right and considers “terrifying” the growing consents of the political party.

Despite the praise for the German Chancellor and her policy of refugees’ reception, Schneider at the same time recognizes the necessity, that any Society soon or later has, to deal with the definition of a limit on entrances of new citizens coming from other frontieres. So, on one hand he approves Angela Merkel when she states that “a limit does not exist”, but on the other hand he thinks that a limit will be reached when citizens will start to disagree. That is when Society itself arrives to affirm that it’s impossible to go beyond.

So Schneider admits that he doesn’t have a prepared answer to this dilemma, but he’s sure that the weight of welcoming will be divided among all Western Countries. In this regard he mentiones above all Great Britain and United States, which up to now have received “only a ridiculously small number of refugees”. 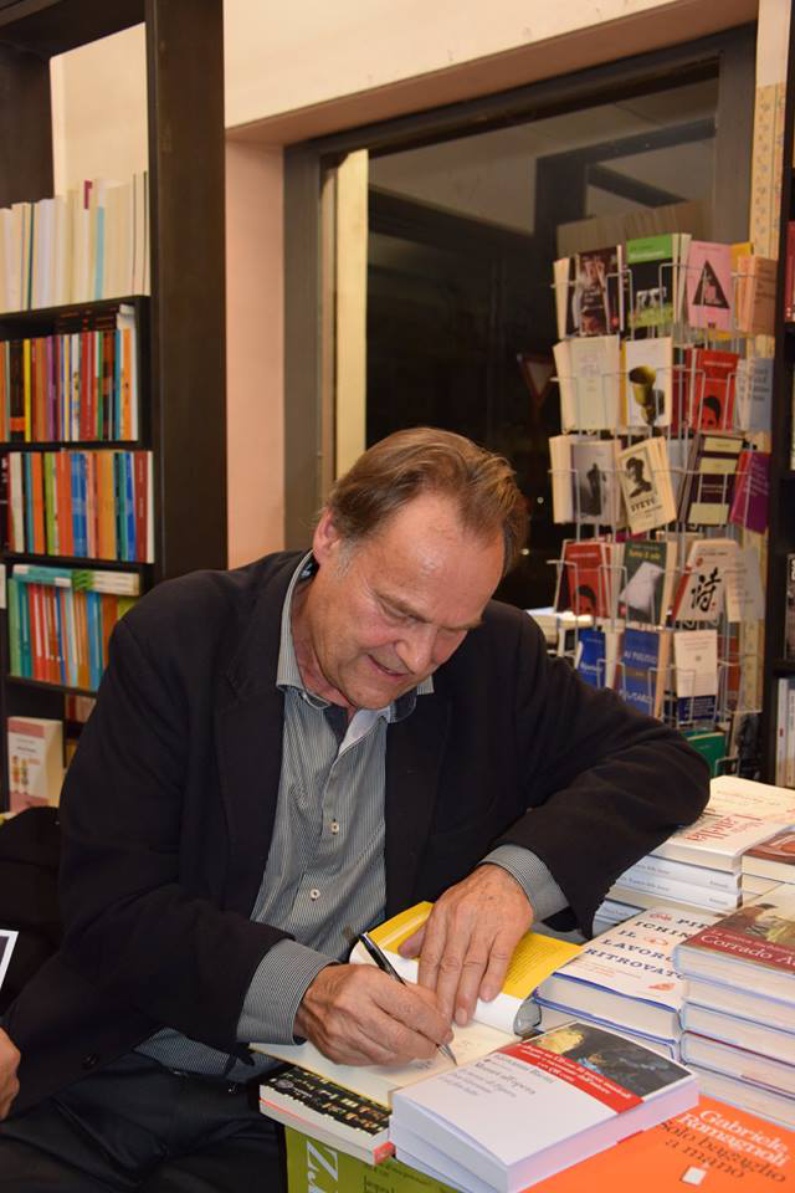 No fear of the future. “I trust in young europeans”

What does a person who took part in one of the most important movements of the XX century, that is the ‘68, think about today’s youth and its relation with politics? Can Europe still count on it?

Schneider is optimist about it and underlines that he never took part in the general and abstract criticism on today’s adolescents. He admits that at the time of his political activism, the general context was completly different. “We were the first in wanting to rebel against the parent generation, the generation of Nazi-Fascism”, he says, “it was easier to identify who to go against. Furthermore, the absence of unemployment simplified things: you only had to snap your fingers to have a job. On the contrary, today’s young generations have more difficulties in defining there own position in the world. Instances like the emergency of refugees are able to drive young people to political activism, as they already showed in the last months”. Schneider confirms “I’m not worried at all”.

Thanks to his children he is informed on the topics of the new generations and specifically appreciates the opportunities offered by the new technologies. The writer affirms that “On the Internet there are initiatives which we could once only dream of”, “ideas like the crowdfounding, the opensource and the sharing economy were created by young people. So how can one say that they aren’t organized, incompetent? Nonsense!”.

Talking about technological advance and new means of communication, Schneider talks again about the launch of his latest book. In “Gli amori di mia madre” the writer reconstructs, through the letters between his mother and her lover, the eventful life of this woman who lived during World War II and died when Schneider was eight years old. His book could be one of the last books inspired by a collection of papery letters. Today the same exchange of words and feelings would probably happen by e-mail, instant messaging or social media. “I’m aware that it’s an inevitabile destiny. The writer concludes saying that in this technological advance we will also lose something important in the communication between people”.