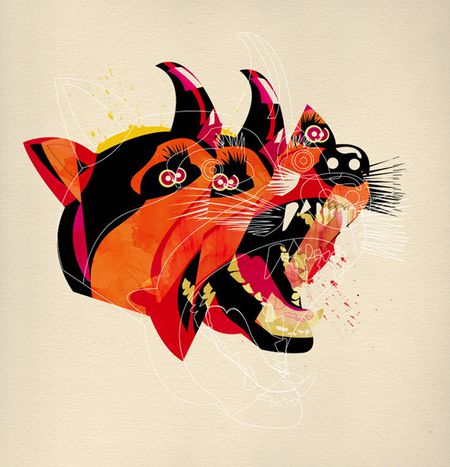 How do you define making the impossible possible? Italy’s centre-left leader is up for the rather incomprehensive idea of 'knocking the spots off a jaguar' to work hard, whilst the Poles are happy to 'bring trees to the forest'. Metaphors and idioms of futility of the week

Remove the stains from a jaguar! (smacchiare il giaguaro) - this is what Pier Luigi Bersani exclaimed in his eccentric fashion during his democratic party’s bid for the Italian presidency in February 2013.

The metaphor quickly became a catchphrase, delivered as it was in the heat of a moment where the centre-left leader was trying to explain his will to work hard, and make the impossible come true for his beloved Italy.

Bersani is famed for his colourful imagery and grandiose metaphors during his speeches, and his jaguar evocation caught on to a string of satirical takes on his earnestness during the elections – where his competitor Silvio Berlusconi was being punched with figurines of the Milanese cathedral, Bersano is being gifted baby jaguar teddy bears across the country.

Bersani should be being congratulated for his revolutionary creation of a unique literary genre which some Italian media has called 'paradoxical examples'. It has revived worn-out Italian 'useless expressions' such as go brush a doll's hair (pettinare le bambole) or 'scratch your belly' aka twiddle your thumbs (grattarsi la pancia). It’s a modern approach to linguistic allegory; Bersani became known for his sayings such as: we are not here to dry the rocks of the seaside (non siamo qui ad asciugare gli scogli), to the now infamous 'smacchiare il giaguaro'.

While the Italians find themselves working with the useful jaguars, the Germans are sending idiomatic owls to Athens (Eulen nach Athen). The expression highlights the feeling of unnecessary actions – considering the EUtopia of the modern age, it might as well be updated to ‘sending euros to Athens’.

Now that we're in Greece, it's worth mentioning that Bersani's latest role - of finding a coalition partner to govern Italy effectively - is rather like a tale of Greek mythology. His task has been compared to the character of the crafty Sisyphus, who was condemned by Zeus to roll a huge boulder up a hill repeatedly, only to keep watching it rolling back. It's like looking for a needle in a haystack - an enterprise doomed to failure - as the Brits, Spaniards (buscar una agujia en un pajar) and Italians (cercare un ago in un pagliaio) know all too well.

More ironic references drawn from wisdom in contemporary history include: It’s like rearranging deck chairs on the Titanic, or the proverbial: It’s like teaching grandmother to suck eggs. Yet idioms relating to the necessity of unnecessary things are often located in scenic nature. The Poles consider the use of bringing trees to the forest (nosić drzewo do lasu). The Brits know the worth of trying to take sand to the beach, whilst the Dutch try to take water to the sea (water naar de zee dragen). The French strike off the sword in the water (un coup d’epée dans l’eau), adding a more medieval allure to an impossible undertaking. The latest news indicates that Bersani has officially failed to form a government after the political deadlock in Italy. It's a bit like what some Italians would call a hole in the water (buco nell’acqua).