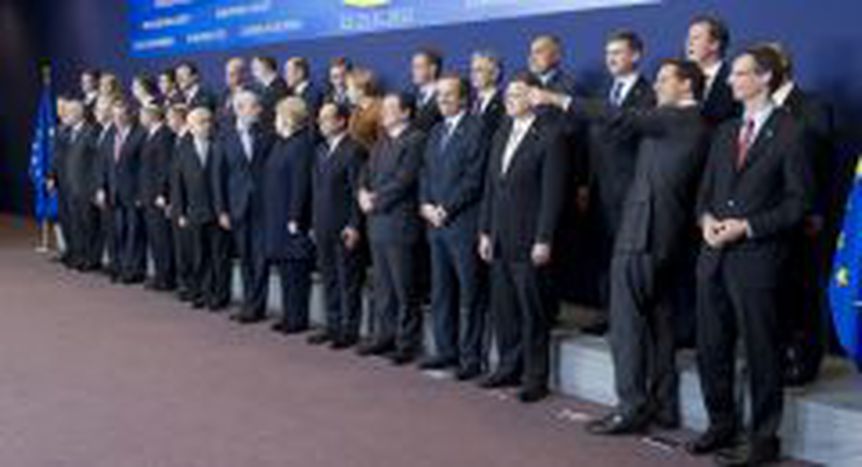 Berlin-London: a new axis for the EU?

By Thomas Bignal Despite the EU summit which took place on 22-23 November focusing on settling the Greek debt and securing a bailout for Cyprus, everybody’s eyes were on the EU budget negotiations for 2014-2020. The EU multi-annual budget pays for policies carried out at European level (such as agriculture, regional development, research, etc), as well as for its administration.

The budget of the Union is mainly financed by contributions made by each Member State. Not unsurprisingly, this round of negotiations led to little, if no outcome. The British received strong support from the Germans, the Dutch and the Scandinavians in rejecting the budget of 971 billion EUR proposed by Herman Van Rompuy; a whole 80 billion EUR cut to what was originally proposed by the European Commission.

This led Van Rompuy and José Manuel Barroso, head of the European Commission to throw in the towel and accept that an agreement had to be postponed until future negotiations.

Rather than having isolated the UK and weakened its positioning, the last batch of budget negotiations has appeared to have strengthened the position of David Cameron over the next few months. Indeed, whereas the support by the Swedes and the Dutch towards the British position might have been predictable, the support of Angela Merkel was rather more unexpected. Although it was believed that she would not support an increase, her overall rejection of the proposed 971 billion EUR comes as a surprise. It is understood that the German Chancellor was furious with both Van Rompuy and José Manuel Barroso for their efforts to try and isolate Britain and create a 26 against 1 situation which would have forced Cameron to play his veto. Merkel was desperate to avoid that scenario which would force EU leaders into chaotic negotiations every year over a new annual budget.

Subsequently, Van Rompuy had informally proposed to lower the 971 billion budget to 940 billion EUR, in accordance with the so-called “payment ceiling”. The Payment Ceiling covers the funds the EU would redistribute in reality rather than the higher “commitment ceiling” which is seen as the maximum Member States would be committed to giving. However, the UK called for a further cut of 50 billion whereas the Dutch demanded an even bigger cut of 100 billion EUR. Although Merkel was eager to see additional cuts on the initial Van Rompuy proposal, she nevertheless viewed the British and the Dutch cuts as going too far.

Tough negotiations in sight of the next Summit.

It is clear that Merkel saw her role as the central mediator in balancing the conflicting interests between the rich “contributor” nations and the poorer “recipient” nations. However, by supporting the British government, the German Chancellor is probably looking towards next month’s summit on 13-14 December which aims to make the European Central Bank the new banking supervisor for the Eurozone. This policy is strongly objected to by the British who demand certain concessions from the 17 countries of the Eurozone. Merkel may believe that by supporting the British over the EU budget, she will get more flexibility from them over the ECB proposals. If this does not turn out to be the case, she can withdraw her relative support for the British in the next budget negotiations. As such, this new “Berlin-London” axis does not appear to be a shared ideological euroscepticism but based on pure political pragmatism by the German Chancellor who hopes to secure the involvement and participation of the British in both the 7-year EU budget and in reforming the ECB and thus safeguard the unity of the Union.

European leaders will have to find a consensus before the next emergency budget summit which is expected to take place in the New Year. To not do so would oblige the EU leaders to revert to more expensive annual budgets or, worst, to the departure of some of the Members from the Union.

The last three years of the Eurozone crisis and the tensions and resentment generated by austerity has led to unprecedented doubt in the European institutions. Yet the founding ideas of the Union still exist (as demonstrated by this year’s Nobel prize award) and the potential of the Single Market is as important as ever for each and every Member State. National governments must agree to a 7 year EU budget which would alleviate certain worries surrounding the future of the European Union and establish a financial and policy framework upon which to build future European economic recovery.