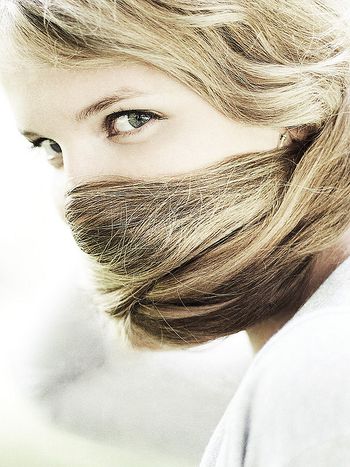 According to its constitution Belarus has two state languages - Belarusian and Russian. Authoritarian president Alexander Lukashenko has repeatedly emphasised the equality of both, but nationalist Belarusians view the state policy as 'russification'. The argument is being played out in the schools

It's like a wander into the nineteenth century: walking into the peasants’ huts which have been reconstructed in Minsk’s state grammar school number four feels like going back in time. From the icon above the oil lamp to the embroidery on the rugs hanging on the walls, the teacher and pupils of Belarusian cultural history have furnished their small ethnographical museum with love and attention to detail. The cultivation of traditions plays an important role in Belarusian-language schools. 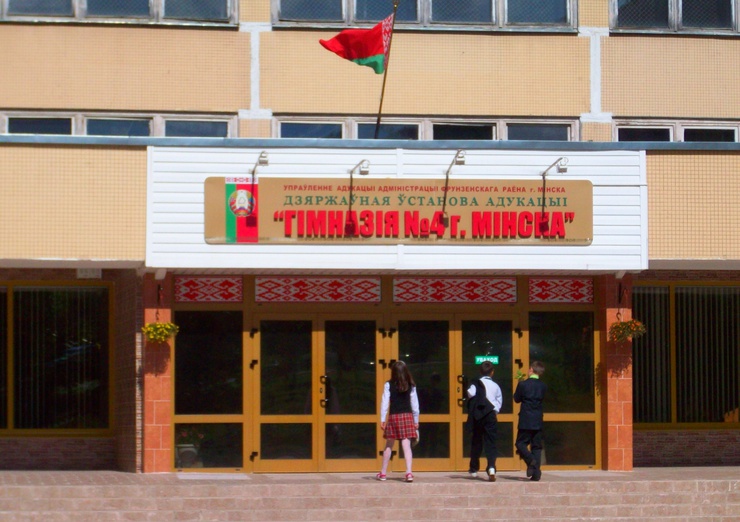 However, headmaster Jury Bandarenka also stresses the value of standing out as a modern grammar school. ‘Our pupils start learning English in their first year,’ he says. ‘Pupils are prepared exclusively for university, with our graduates going on to study in the Czech Republic, Poland and Lithuania, as well as other countries.’

In the soviet era the authorities depicted Belarusian as the language of peasants. If you wanted to climb the social ladder you needed Russian. Russian dominated in towns and slowly grew in influence in the countryside too. This dominance continues today. In contrast, Belarusian is seen firstly as the language of nationalist critics of Lukashenko, and secondly as the code of the intelligentsia. Officially it is up to parents whether their child goes to a Belarusian-speaking or a Russian-speaking class or school. In principle they can choose freely between the two state languages. Nevertheless, non-state media has repeatedly reported over the last few years that school authorities and teachers have put pressure on parents to opt for Russia.

Read ‘Choose a language - Belarusian or Russian’ on cafebabel.com

The ‘rebirth’ of Belarusian must begin in education: this is the constant demand of the language’s self-appointed guardians. The society for the Belarusian school, an NGO which campaigns for a Belarusian school system, sees little reason for optimism. It claims that the number of pupils going to Belarusian speaking secondary schools dropped from 28 to 19% between the academic years 2001-2 and 2010-12. ‘Almost all schools in the countryside used to have Belarusian as the main language,’ says Ales Lozka, chairperson of the society for the Belarusian school and folklorist at the state pedagogical university of Minsk. ‘Due to falling numbers these schools have closed down and the remaining pupils are sent to Russian-speaking schools.’ Activists like Lozka place the blame on the state’s language policy for the decreasing role of Belarusian in schools. There is also widespread criticism that there isn’t a single Belarusian-speaking university in the whole of Belarus. 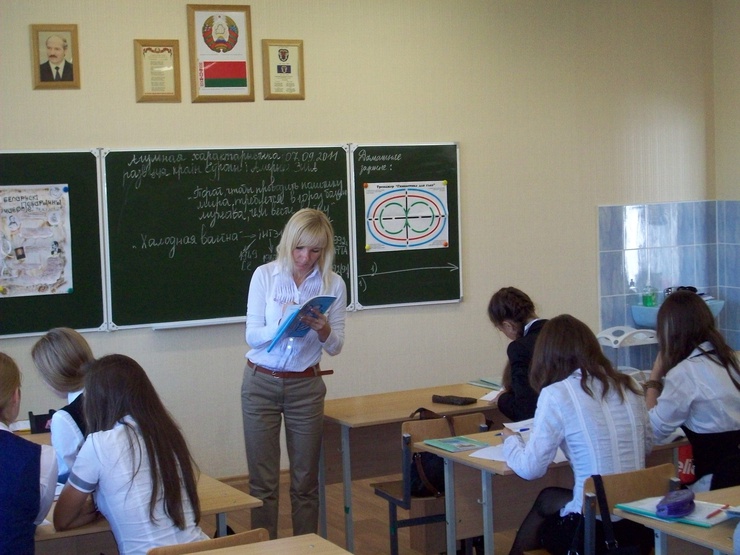 The Belarusian education ministry sees things more positively than Ales Lozka does: there are currently 1, 832 Belarusian-speaking secondary schools - that’s 52% of all schools. Professor Mikalai Yalenski, deputy head of methodology at the national institute for education, can’t understand the fuss about the state’s supposedly anti-Belarusian language policies. ‘If someone wants their children to be taught in Belarusian, then that’s the language they’ll be taught in.’ According to Yalenski it can sometimes happen that the desired language isn’t available at the nearest school. This, he explains, is the case either when too few parents have opted for Belarusian or when the teachers available aren’t qualified to teach it that language. Classes in Belarusian at university are only the case at individual faculties, Yalenski admits. ‘However, if you speak Belarusian, the students understand you and there are appropriate teaching materials. You certainly have the right to give lectures in Belarusian.’

Read Vilnius: tale of an exiled university on cafebabel.com

These assertions don’t convince many fans of Belarusian. Some of them slip out of the state education system from time to time, making use of the legal possibility of sitting exams at the state grammar schools as external students. This is what 18-year-old Zosya from Minsk did. She went to courses at the Belarusian lyceum from the age of fifteen. The school was officially closed in Minsk in 2003 and since then has held the majority of its classes in exile. Particular emphasis is laid on language, culture and history. ‘When you sit the exams as an external pupil in the state schools you sometimes get odd looks because you know more than the teachers,’ says Zosya, who is now studying at Minsk’s art academy. 16-year-old Yarash, who currently attends the lyceum, is also happy with the curriculum, which is taught entirely in Belarusian. As to being a peasant language from the 19th century, Zosya wants to specialise in computer animations, while Yarash is a programmer and an expert in the computer software Linux. ‘Linux is already almost completely available in Belarusian,’ he gushes.

Translated from Belarussische Schulen: We don't need no education?