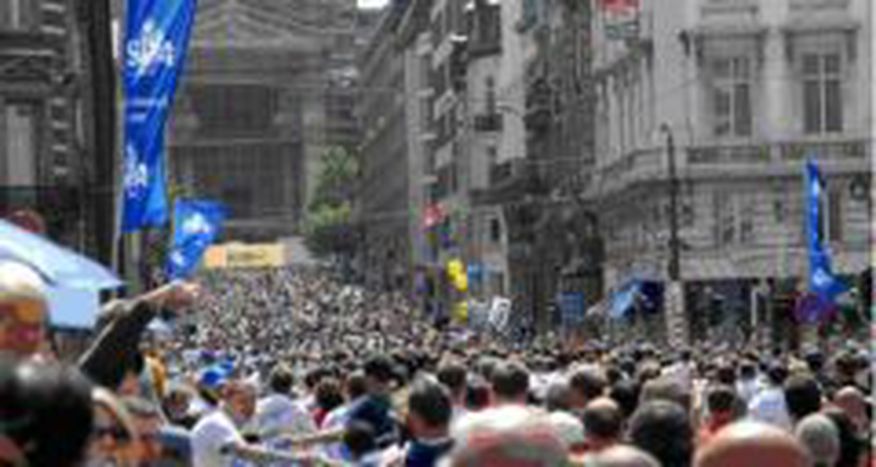 Behind the scenes of the Brussels 20km

by Catherine Castledine Ask the founder of the Brussels 20km why she started the event, and she’ll tell you it was to make running cool. Now in its 32nd year, the event draws together elite athletes with Sunday morning joggers – and everyone in between. It has become a much-anticipated fixture in the Belgium capital’s calendar.

Fewer than 5, 000 runners were on the start line for the inaugural Brussels 20km on June 8, 1980. Carine Verstraeten, the founder, wanted to create a non-exclusive, open participation sports event that everyone could enjoy, and to give people the chance to improve their health and quality of life. She organised the event herself, in the face of much bureaucratic resistance: “They wanted us to run on the pavements”, she laughs.

A lot has changed since then. This year, around 30 000 people will take part. They come from all over the world – and all walks of life. As the event has mushroomed in size, more people have been roped in to help. Today, a group of six organize the race – including Carine’s husband who has given up his job in a bank to work full-time on the project.

Planning is a crucial ingredient to the event’s success. This year’s runners will barely have time for their blisters to heal before preparations for next year’s 20km get underway. Tasks like finding sponsors get easier as the race’s prestige grows. But coming up with new ideas to keep the event fresh is a constant, vital challenge to keep people coming back for more. The team’s biggest headache is making sure the course is clear of road works on the day of the race.

For Carine, maintaining enthusiasm and passion is the secret of the event’s continuing success. She describes the Brussels 20km – simply – as her life: a lot of work but hugely satisfying.

The 20km team’s only advice to competitors is to enjoy the event and do the best they can. And to be happy they’ve taken part in an event that’s now on the same international scale as the marathons of New York and London. The 32nd Brussels 20km kicks off at 15:00 on Sunday, May 29th 2011 in Cinquantenaire Park.