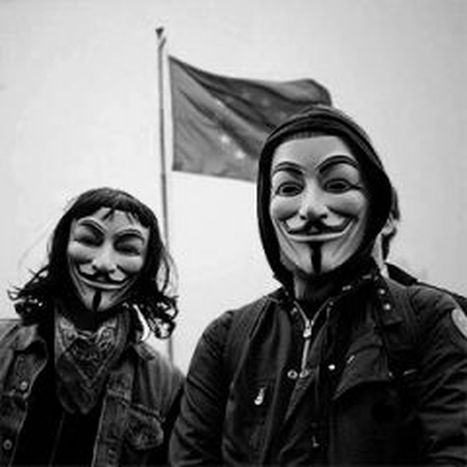 Behind the scenes of Internet Freedom: when hacktivists and the EU work hand in hand

By Jan Nils Schubert Have you ever wondered how in authoritarian States, people still have the Internet. Part of the answer lies in the hacktivist networks. Time to look behind the scenes and discover that a digital war is going on and that your computer is not as safe as you might think. Do you remember ‘Anonymous’?

This loose ‘hacktivist’ (contraction of ‘hacker’ and ‘activist’) group was known for their cyber attacks on targeted websites. Following up on their methods and structure, others hackers distinguish themselves by more constructive activities. Some of them were invited to speak at a conference organised by the Greens, along with four bloggers from China, Russia, Egypt and Azerbaidjan.

The first thing that hit me was this statement made by Sarrah Abdelrahman, an Egyptian blogger. “The Egyptian revolution was not a Facebook or a Twitter revolution (…) You don’t hold your smartphone against the police. It won’t protect you”. I had to admit she had a point. For sure, the upraising was rooted in a political, historical and social framework. Still, one cannot undermine the importance of the web and social networks to spread opinions. But how was it even possible for bloggers to express freely their ideas in oppressive regimes?

A part to the answer is given by Telecomix, a decentralized network of hackers. Their catchphrase is: “we come in peace”. It sounds like a reminder that you are being watched in the cyber galactic space. However, there is hope at the end of the tunnel! Some gentle souls are out there, willing to start Internet guerrillas for a good cause. One of them, the activist Martin Löwden recalls: “When the Mubarak Regime shut the Internet off last year, we worked hard to make sure Egyptians still had access to the web. So, we opened old modem pools for free and faxed their numbers into the country. People were able to dial in and access the Internet from blacked out Egypt”. Similar procedures were also adapted in Syria and Lybia.

“Free and open communication is the foundation to any good society, because you need the debate” says the Swedish activist. But what about countries such as Russia or China? As I would learn through the testimonies of present witnesses, the Internet is largely available in these countries and people use it to express their opinions. Do not get your spirits to high on these news though, the Russian journalist Oleg Kashin got recently beaten up in front of his house. An experience several other guest-speakers could relate to, having themselves been harassed or even arrested.

The answer would be given by Linus Nordberg, another Swedish hacktivist. “Not only do you need the Internet, but you need safe access”. As a participant to the Tor Project, he explained how service providers could easily track you down. Not convinced? You might want to check your personal proxy information on noreply.org. Or, download do not track me and see how many companies are actually spying on you through Facebook or even on the event’s website. Personally, I was amazed, frightened and rather upset.

Although the tracking results mainly in annoying adverts, the consequences can be far more dramatic in other countries. Your identity and address can be easily revealed. It goes to “the extent where you can get picked up in the night or in the early hours of the morning” says Linus.

To avoid this, the key element according to Linus is “privacy by design rather than policy”. And this is what Tor provides. It’s a program connecting several computers. Linus explains: “Your traffic is going to bounce a couple of hops in this network”. In a nutshell, it is as if you were virtually changing locations all the time. So that if someone tries to hunt you through the digital world, he might end up thinking you are Harvard University. “And in order to not have to trust every single hop, we need to have diversity”. On a personal note: I think it might also help speed up a very (very) slow program.

The EU against “Lords of (Digital) War”

When asked what the European Union can do, Linus replied: “influencing the legislation”. That’s what the EU finally did, by endorsing their first Digital Freedom Strategy. Based on a report by Marietje Schaake (MEP), the vote took place only six days after the event and includes several raised issues. It also urges the EU to stop the export of “digital arms” to authoritarian countries such as Lybia and Syria. This includes the “dual use” technologies. Initially meant to fight terrorism or paedophilia, they end up being used to oppress freedom. The excuse seems to always be the same: “our product has been redirected from its original purpose” (Bruno Samtmann, Amesys). It leaves us with a bad impression of a not-so-innocent child, closing its eyes to ignore the truth.

Exposed by journalists and activists, these “Lords of (Digital) War” are finally confronted with the EU legislation. Now the questions are: what will be the next step? Is it even possible to restrain exports on a European level? And this especially in a globalised world, where money sometimes seems to overrule human rights. “Internet is global” noted Martin Löwdin. “Every policy in the EU affects the entire world”. So while recognising the efforts of those who work in the shadows, let’s keep our fingers crossed for a global positive change.