Behind the Green Line

Thanks to my friend I. I had a rare opportunity to celebrate Passover in a settlement called Efrata (or Efrat), which is in the Gush Etzion territory (Judean mountains, West Bank). Of course, it was a challenge.

Like probably most of you, I am used to thinking about the inhabitants of Jewish settlements in the West Bank as some kinds of statistical units that are rhetorically used to justify one or another statement. Not despite, but because of that I highly valued the opportunity to meet the locals and learn about their lifestyle.

Efrata is just a little older than me (established in 1980). The name of the town means "towards Ephrat" - a biblical place. One part of the settlement is separated from the surrounding fields by an electric fence, another is open, but has guards at its entrances. Frequent buses take the inhabitants mostly to Jerusalem, where many of the 12,000-strong population work. Next to the main bus stop there is a shopping mall in and some kind of 'commercial area', as locals call it. 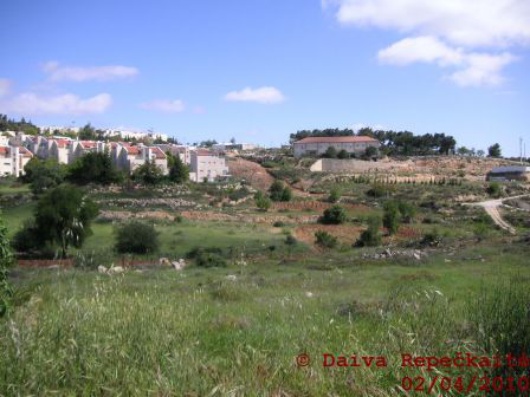 A large part of the settlement is what I would call an "American colony". Many inhabitants of Efrata are first-generation repatriants from North America, therefore English is a widely spoken and established language (with a nice Yiddish tint to it) among the adults, while children grew up speaking Hebrew. Many people are very religious and very zionist. The majority seem to be modern Orthodox. They don't, as the family I was staying with would put it, "dress like in 15th century Poland", but they strictly observe all the religious rules of lifestyle. There is a good infrastructure for kosher food, so religious individuals have, of course, no problem in having their needs satisfied. 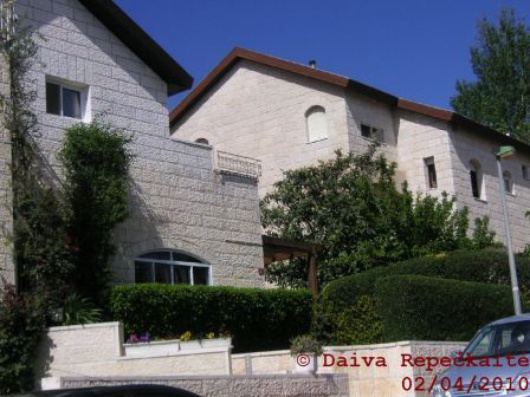 It seems that the locals enjoy very good neighbourly relations. These entail sharing knowledge and advice, as well as borrowing from one another. Around Passover neighbours were sharing what some of them forgot to buy, asking for advice, and telling each other what they cooked and whom they invited for Passover. I was staying with a deceased rabbi's family, so some people seem to like to come and discuss what 'borderline' products can be used for Passover and what not. As some of you might not know, Passover not only strictly forbids any consumption (or presence in the household) of bread or products of small seeds. It has developed into a complex system of restrictions. However, such modern products as soya oil merit discussion. In the Ashkenazi (Western) tradition, rice cannot be used, while in the Mizrachi (Eastern) tradition it is permitted. The town, like any other settlement with enough people, has separate Ashkenazi and Sephardic synagogues.

The inhabitants of the town live a rather quiet life, in accordance with the requirements of their religion. Not even bicycles are used on Shabbat, so children can safely play on the streets. Although, to my mainstream understanding, there is not much to do, at least it's always possible to enjoy a nice view, with olive, fig and other trees. 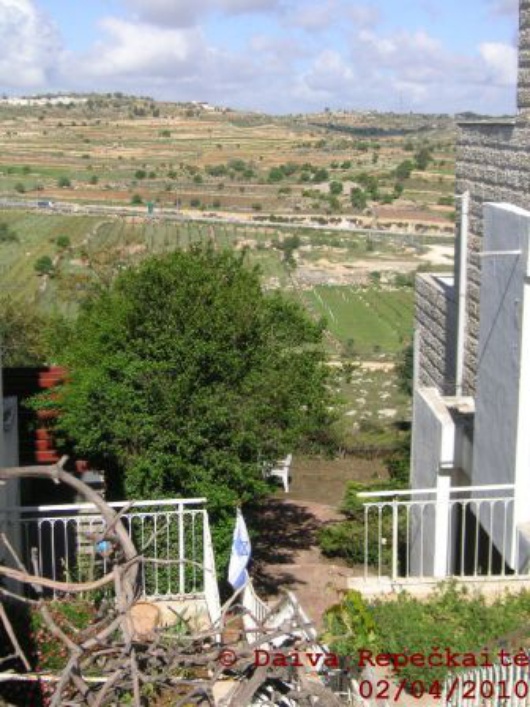 One interesting object I noticed was piles of English books near a dustbin. 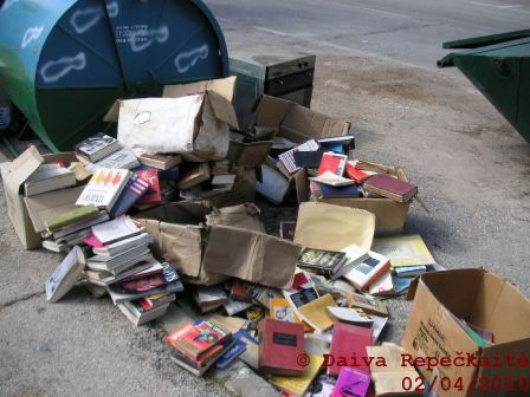 There were many nice poetry books and other antiquities, but what I found disturbing is this material. 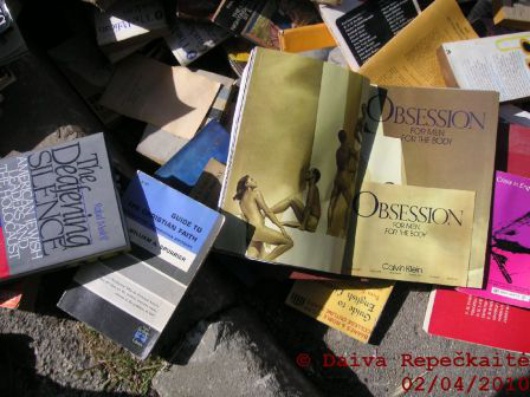 As you can see, someone got rid of a "Guide to the Christian faith" and a magazine with some semi-erotic photography. Now, it is customary to clean the house before Passover and get rid of unnecessary things. But I suspect that these books near the dustbin have a history, and, to my naive guess, signify someone becoming more religious than before.

The Passover supper was beautiful - the full ritual, eight people in total, and neighbours coming before and after to discuss recipes, handing leftovers, and other matters. It was an interesting experience indeed. Since I was a guest (and because I know I'm powerless to change anything), I promised myself (and I.) not to discuss politics under any circumstances. And so I didn't.

As hard as I tried to leave politics behind on the occasion of Passover and still warmly remembering the hospitality of the people in Efrata, I was in shock when my friend Y. showed me this...