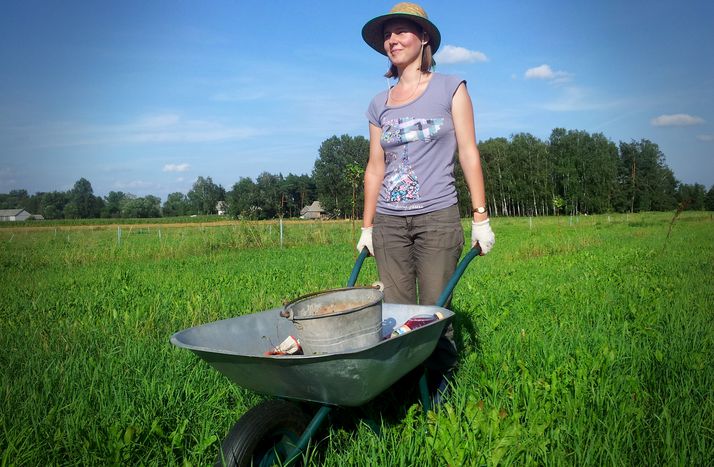 Behind the Birch trees, another world

This Polish farm is trying to link organic farmers and city consumers.

With small-scale farmers barely surviving in Poland, the new co-operative model promoted by activists is giving them a lifeline as well as introducing fresh fruit and veg to city residents.

The 6 hectare organic farm that Sonia Priwiezienciew and Tomasz Wloszczowski are operating since 2009 is called “Za Brzozami”, which in Polish means “Behind the birch trees”.

And it’s a good name, because going behind the birch trees that surround the farm means entering another world: a green piece of paradise on earth, where each vegetable is treated with much care and attention, and where plants are planted in a way that they help each other stay healthy and thrive. It’s a long way from the way we see and experience vegetables in the city: all the same, crammed on supermarket stalls, full of pesticides, and their prices driven as low as possible. Needless to say, for someone used to supermarket food, the fruits and veggies from this farm taste miraculous.

The “Za Brzozami” farm has been for three years providing organic vegetables and some fruit to people in Warsaw via a so-called Community Supported Agriculture (CSA) scheme where a group of households pay a fixed price for an entire season in exchange for a weekly basket of produce. The CSA scheme (or RWS in Polish for Rolnictwo Wspierane przez Spolecznosc) allows to share some of the risks of organic farming between consumers and farmers. 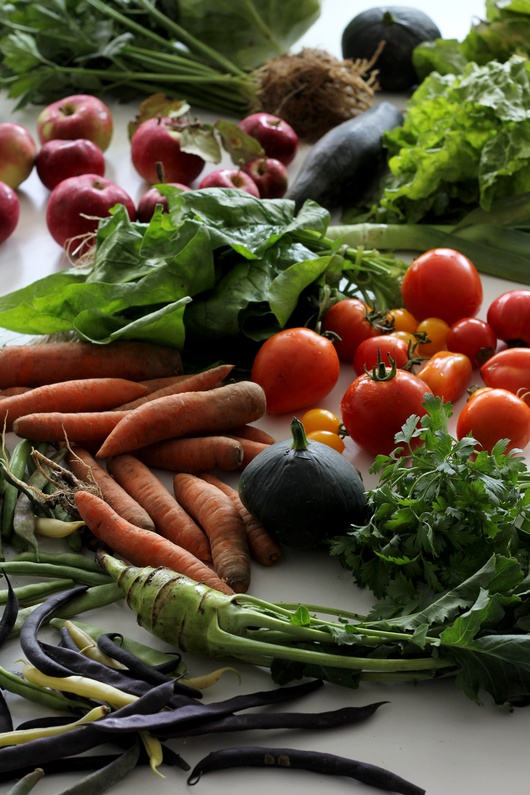 All these farmers could benefit from a secure demand. In their turn, consumers in cities hardly know any more what healthy pesticide-free food tastes like. Organic shops are appearing to address the rising demand for better quality food and they do serve some of the new health-conscious middle class in Poland; however, prices here are prohibitive for poorer consumers. Prices in CSA schemes are on the whole much lower than those offered by organic retailers.

A CSA scheme, therefore, seems well placed to address the various issues faced by producers on the one hand and consumers on the other.

So when Sonia and Tomek met food activist Piotr Trzaskowski, who had heard about the CSA model in the Czech Republic, they were keen on giving it a try. The CSA model seemed to them a great way to help their small organic farm stay in business because it offers a guaranteed market for the products. So they were keen to experiment with the model.

"CSA can really work for small organic farmers and this is important because Polish authorities for sure are not helping organic and small farmers. But small farming and biodiversity represent the right way forward. Even more, with climate change, this is not only the right way, but the only way," says Sonia Priwiezienciew.

In the first year, the RWS scheme Swierze Panki (this is how members decided to call it, from Polish the name of Sonia and Tomek’s village could be roughly translated into Fresh Punks; Szierze Panki is situated some 120 km north-east of capital Warsaw) ran as a pilot project, serving 15 households from Warsaw.

Each of the households agreed to pay some 700 zlotych (some 170 euros) at the start of the season to the farmers, in exchange for weekly deliveries they would get into the summer and autumn months.

RWS relies on a basic solidarity between consumers and farmers, implying that consumers understand that farming is risky and highly dependent on weather conditions, but agree to take the produce that the land and the hard work of farmers is able to provide. That is, tomatoes won’t be rejected for being too small, or if radishes don’t grow, consumers accept to take some other product in exchange.

The lump sum paid in advance allows the farmers to make investments for which they rarely have the money and it gives them the ability to focus on farm work during the summer season instead of chasing market opportunities.

In exchange, the farmers provide (often organic) vegetables and fruits, and they also host the consumers for days of visit to the farm, showing them farming techniques and teaching them about seasonality.

Households appreciated the scheme as well. In an evaluation most RWS members expressed satisfaction with getting high-quality organic vegetable at prices well below those in organic shops. People also appreciated the chance to understand more about farm work.

“We could see how beautifully the plants grow and how much effort and heart it takes to make them grow this way. We also understood that it is really worth it to work so hard to achieve their great taste and excellent nutritional value,” says Joanna Skladanowska (member of Swierze Panki in 2014) after visiting the farm.

And there were unexpected advantages as well:

“One of the great things about RWS is that we all got cooking, whether we knew how to do it or not. When you pay 700 zlotych at the beginning of the summer in exchange for receiving a certain amount of vegetables every week, you commit to eating them, cooking them, dealing with them. So for some of us, like me, it was a great exercise of cooking from the things that are already there in the house instead of choosing anything I want from the shelves of the shop.” – A comment in the evaluation of the first season of the RWS Swierze Panki

Weekly, each member is responsible for weighing and taking home their own veggies, using their own bags, so no extra packaging is used. Pick up time is also an occasion to socialise with other members.

During the season, members can not only go to the farm and help out (this is not compulsory, though it is encouraged both as a means to introduce them to farming and as a means to help the farmers), but they also have to fulfill a small set of functions necessary for the smooth running of deliveries: each of the households has to volunteer for one-two hours twice per season with pick up of veggies and supervising their pick up by the other members.

After an RWS group is set up, it pretty much runs on its own without too much administration, though usually farmers need to keep an eye on the mailing list or any other channels via which members communicate in case there are any problems. The low levels of administration work contribute to the attractiveness of the model. 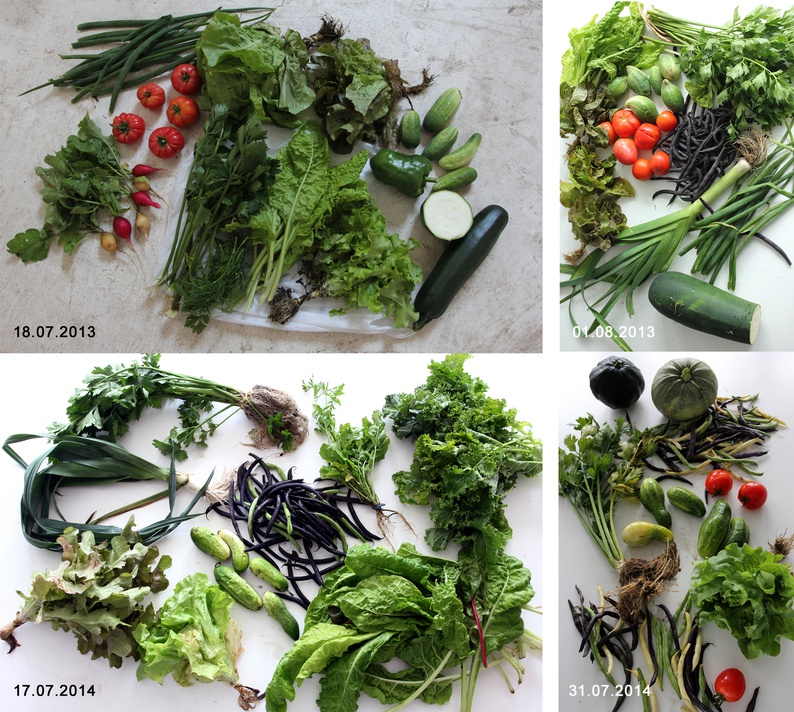 Finding the right communication channels that work for your group is important, because throughout the season you will need to be in touch and coordinate yourselves. Other groups use mailing lists, Facebook groups or forums. From time to time you will have to make phone calls too. Find the way that works best for your community. Find a way to share and note down concerns that participants may have (quality or amount of vegetables, delivery coordination not adequate, etc.) and try to make improvements immediately or the following season. Organise an evaluation at the end of the season to discuss how it went and make constructive proposals for the next year.

“I think many Polish farms could go this way, because the model is really economically viable for farmers. CSA could help promote farm biodiversity because consumers buy different types of vegetables and products in this scheme, and it could also help to spread the certified organic model, which is only marginally developed in Poland today,” says Sonia Priwiezienciew.

Today, out of Poland’s 1,800,000 farms, only 26,000 are certified organic, and not all of them are producing food. There are only 300 organic vegetable producers in the country. Organic farmers still struggle to find a reliable market for their products. Initiatives like CSAs which help them reach out to consumers can help make organic farming an option for more people.

Sonia, Tomek and Piotr Trzaskowski, together with some of the people who were at various moments members of RWS Swierze Panki have in the meanwhile started promoting the model through a blog and at activists’ and farmers’ events across Poland.

After the first year’s success, Sonia and Tomek expanded little by little the area on which they grow vegetables and increased the number of places in the RWS, first to 23 and then to 27. They now have four greenhouses for tomatoes and other veggies that need more heat. They also have more technical gear to use on the farm because the stability of the CSA scheme allowed them to make investments. Their apple and other fruit trees are growing and have started producing fruit.

Since summer of 2014, there are five CSA schemes functioning in Poland, some set up with the help of Piotr and others springing up independently. Two of them are in Warsaw, and three others are in other Polish cities: Poznan, Wroclaw and Szczecin.

More CSA schemes are sure to spring up in the future.

This article has been re-published from localeconomies.eu, a project exploring sustainability, community and local economies in Eastern and Central Europe.