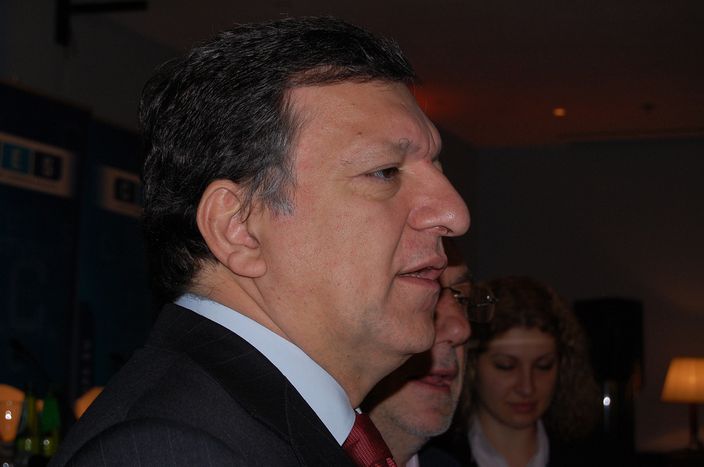 Barroso is his own enemy

Barroso is hoping for a second five-year mandate as president of the European council, but the members of the European parliament want the Portuguese conservative to present a schedule before they give him their support

'I am in favour of a political Europe, but I am against partisan political confrontation in Europe. If we are a supra-national reality, we need to be supra-partisan politicians.' This statement, from the president of what will be Europe’s government, the commission, sums up how the conservative Barroso considers European democracy. Barroso must be thinking that 'in times of crisis there is no need to make changes,' and that it is better to avoid criticism of his management during the five years of his mandate now that his re-election is at stake. 'There is no shortage of other candidates to preside over the commission,' he dared to declare in Warsaw a few weeks ago.

Gerhard Schröder for Germany, Mário Soares for Portugal, Felipe González for Spain and Lionel Jospin for France; in total, eight socialist European leaders wrote a paper last week in which they said they regretted that the European socialist family has not presented an alternative candidate to Barroso. As the socialist former president of the parliament, Enrique Barón Crespo, indicated: 'The European elections are going to be celebrated under the Nice treaty, which prevents the parliament from proposing and choosing the president of the commission, while the next commission will work under the Lisbon treaty.'

It rather resembles a European coup d’état. The leaders of the European council want to accelerate the election of the favourite, Barroso, before the Lisbon treaty is passed. The treaty will demand that he submit to the parliament, in the knowledge that the eurochamber could also find right wing as well as left wing candidates as an alternative to him. 'Everything will be founded either on Nice or on Lisbon,' complains the British leader of the liberals, Graham Watson.

Durão Barroso will have to join up with the politicians

Because of all this, European parties are asking Barroso to give an account of himself. Many want him to present a timetable for his term of office before they give their support. 'Young people's first experience of the liberal market at the moment is of unemployment,' notes the socialist Hannes Swoboda, who adds that 'social issues must be more present in the next commission.'

From the liberals, Andrew Duff assumes that, 'the commission must be put under rather more pressure if it is expecting Barroso is to be given another mandate.' According to the liberals, the commission must support an increase in the European budget, accelerate the growth of the eurozone and promote stricter fiscal policies. 'We are waiting for Barroso to draw a manifesto or schedule of his projects that prise conclusions from the crisis,' concludes Duff.

From the European united left, the indefatigable Ilda Figueiredo denounces 'the false independence of the European central bank, which is only taking private interests into account,' and suggests ending the stability pact and supporting public investment in innovative sectors, in the department of health and in training workers and young people.

Seeking leadership to face up to the crisis

The socialists demand that, before they will back the investiture of the next president of the commission, s/he must be committed to a social agenda and to making sure that no country will allow wage earners to work more than 48 hours per week. 'On 18 June, Barroso should bring the European council a new plan for economic recovery to deal with the 27 million unemployed and the fall of the GDP by 4%,' demands the president of the party of European socialists, Poul Nyrup Rasmussen. Rasmussen is the most eager critic of Barroso’s management style and 'passivity. Having leadership means knowing how to take risks,' he concludes, and says that Barroso should not simply 'wait and see what is being said in Paris or London before suggesting reforms.'

Barroso has done things this way up to now; he defends himself by requesting that he be asked to do 'what is possible rather than what is impossible because of the states’ lack of ambition and their refusal to increase the community budget.' When it suits him, Barroso bites the hand that feeds him – that of government and state leaders who are happy when Barroso confines himself to being a 'simple intermediary between government leaders,' as he was defined five years ago when he took office.

The legitimacy of the EU is at stake

'I am against political parties’ artificial dramatisation,' Barroso openly insists. 'We must talk about Europe positively, because what most encourages eurosceptics in times of crisis is the pessimism of pro-Europeans.' There is no doubt that great political projects are forged in difficult situations. The current crisis is the most difficult moment in the history of the EU. If it is left to the states to look after pulling us out of it, it will take longer and the EU will have wasted an historic opportunity to reaffirm its legitimacy and emerge reinforced. This is what the parliamentary politicians are trying to communicate to Barroso, but it seems that he cannot understand it. If he accedes to a second mandate and does not change his attitude, it is possible that the representatives of the citizens of Europe will make things difficult for him.