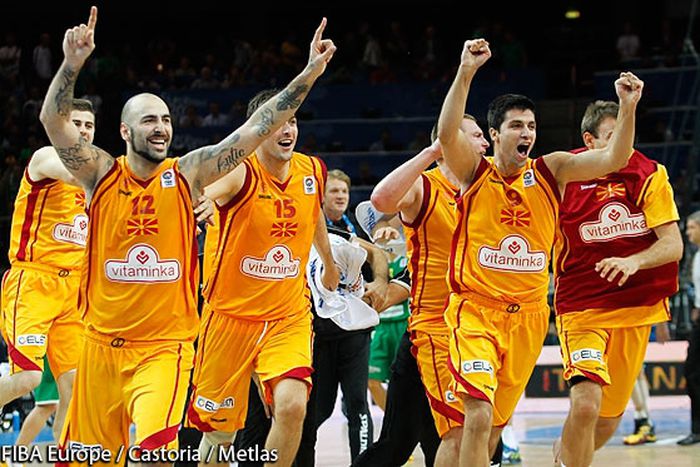 Balkan basketball: Macedonia honour and no 'hate thy neighbour' syndrome

SocietyPoliticsLifestyleBalkan eye in the sky

In 1991 SFR Yugoslavia won the 'Eurobasket' gold medal and ended its existence as the second most successful country in basketball championships (after the soviet union). Twenty years on, all of Yugoslavia's ex-republic national teams have met for the first time at the same event. The riveting European basketball championships have reunited a region and end in Vilnius on 18 September

Together, Yugoslavia and Serbia have claimed 18 medals and won eight times in the European basketball championships both before and after the soviet union's existence. The dream team that was SFR Yugoslavia (the socialist federal republic of Yugoslavia) mostly consisted of Serbian and Croatian players, and even in the years following the demise of the former Yugoslavia, they have remained the most dominant basketball players. 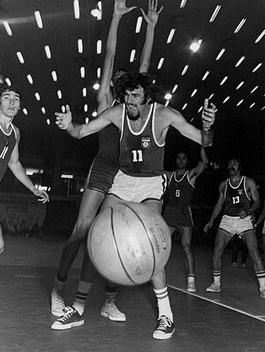 At the 2011Eurobasket championships in Lithuania the only team left standing is Macedonia – much to everyone's surprise. On 16 September, Macedonian 'falanga' will meet Spanish 'furia' for the place in finals (as France and Russia play the other semi-finals). Tens of thousands will watch the game on a big screen next to the statue of Alexander the Great in Skopje. Whatever the result, one thing's for sure – basketball players will come back to Macedonia on 20 September as heroes since they've outdone themselves.

The competition is held every other year, and so the team would at least have been hoping to come further than the ninth place that they came in Poland (the final saw Spain winning over Serbia). From a political point of view, this kind of accomplishment couldn't have come at a better time. In the midst of a national identity rebuilding process, the historical success of Macedonia's basketball will be another of its major key points. All of the team members have already been honoured by Macedonian president Gorgje Ivanov for 'making an outstanding contribution to the development and popularisation of this sport and to the affirmation of the Republic of Macedonia in the world.' 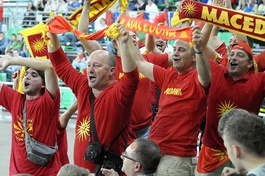 But, let's get back to sports in Vilnius! Macedonia started this championship with a loss from Montenegro. They then stunned Croatians and kept their dream run by winning over Greece, Finland, Bosnia and Herzegovina, Georgia and Slovenia. Their second loss came from Russia, which put them in the unpleasant position of playing quarter-finals against the host nation, Lithuania. Although Lithuanians were in the lead throughout most of the match, everything changed in the last eleven seconds. Thanks to the 31-year-old point guard Vlado Ilievski's three-point shot and free-throw, Macedonia got through to the semi-final.

However, the key player of Macedonia's national team is Lester 'Bo' McCalebb. Doesn't sound very Macedonian? Don't let his name, place of his birth (Los Angeles), the fact that he grew up in New Orleans or that English is his mother tongue fool you. The 26-year old obtained Macedonian citizenship in 2010, therby earning a place in national team. Or was it the other way around? In any case, the benefits were mutual. Macedonia got a star player, possibly to be MVP (most valuable player) in 2011. On the other hand, McCalebb officially became a European player which gives him no restrictions when it comes to choosing and playing for European clubs. In the conservative Balkans, the whole bargain was derided, but Macedonians have accepted Bo as one of their own. They've 'macedonised' his name into Borche McCalebbovski. In return, he has learned to curse in Macedonian, which is a fair starting point in learning any of Balkan languages. 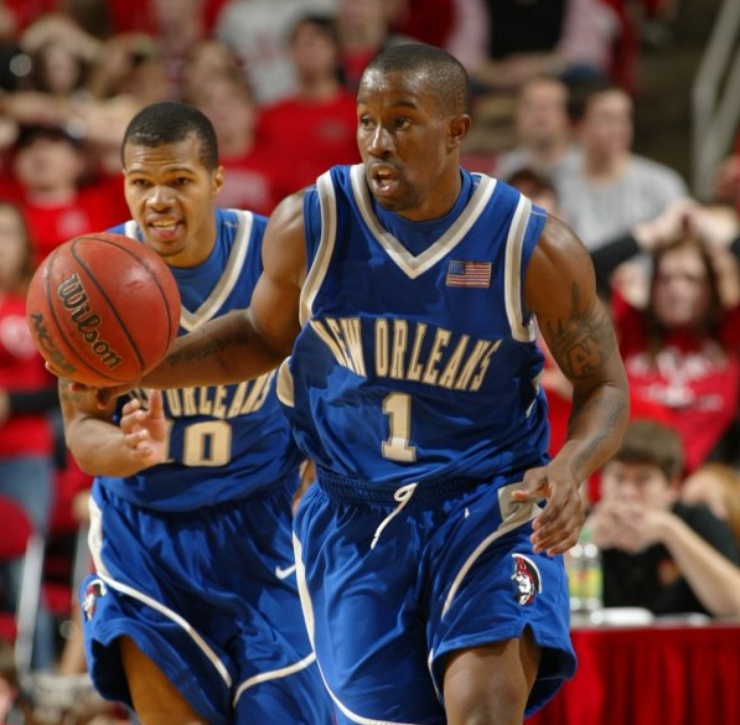 Lastly, a look at the other national teams coming from a former basketball super-force? Montenegrins are at shared 21st position and Croatians rank higher at a shared 17th, whilst the Bosnia and Herzegovina team made it to an even higher shared 13th spot. Serbia and Slovenia have dropped out in the quarter-finals as they came respective seventh and eighth in the rankings (only six teams can qualify), so the Macedonian basketball team is the only one that still has a chance to participate in 2012 Olympics. Basketball fans from the former Yugoslavia stand united in supporting the red-and-yellows. In these countries, Macedonians are generally percieved as fun-loving, kind and non-conflict people. Since Macedonia was the only one that didn't participate in the wars of the nineties, there is no 'hate thy neighbour' syndrome. And from a girly point of view, the Macedonian flag with the yellow sun adorning a red background is the prettiest and the brightest one to be holding.