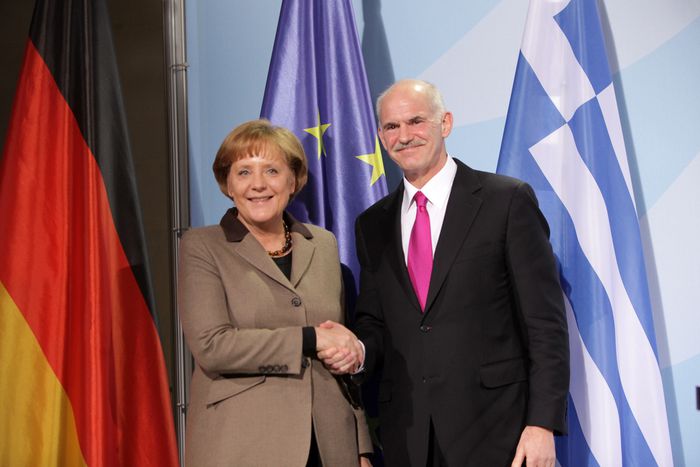 Bailing Greece out: the update

The dispute over financial aid for Greece will play a key role at the EU summit which starts on 25 March in Brussels. The French, Austrian and Swedish press see the very future of the eurozone at stake and call for greater flexibility and sustainable growth for the EU

With the possible grant of loans and the involvement of the international monetary fund (IMF) the eurozone countries are closing ranks in the battle against the Greek crisis, writes the daily approvingly: 'This is a good decision. On the one hand the IMF is experienced in dealing with crises - most recently in EU countries like Latvia, Hungary and Romania. On the other the IMF won't hesitate to take tough measures, exactly what is needed in Greece. But it is important that the other euro countries are participating in the bailout plan. This sends the clear message that they won't let the financial markets destroy the euro. With a combination of the bitter IMF medicine being administered to Greece and the clear signal to the financial markets that they work together in bad times as in good the euro countries have once again proven their ability to rise to great challenges'

The establishment of an emergency fund for highly indebted states creates an important basis for European integration, writes the daily: 'The euro crisis has driven us dangerously close to the brink of the abyss. The seemingly impossible scenario of a failed euro has gradually become a distinct possibility. The vulnerability of the monetary union, which must get by without a unified political authority, was recognised from the start.

But only now have we truly realised how a structural fault can lead to the collapse of an entire building. It was a sobering experience, but a useful and necessary one. Things will never be the same within the euro family. Germany's role in Europe has been strengthened. Others can no longer take a free ride on Germany's economic success. They must shoulder their share of responsibility for the creditworthiness of the entire club' (Bart Sturtewagen)

The involvement of the IMF in the rescue package, which Germany in particular had pushed for, endangers the single currency, writes the liberal daily: 'Up to now the stability of the monetary union was based on the fundamental harmony between the German government and the management of the European central bank (ECB). But with [the involvement of the IMF] Berlin has proposed a solution that the ECB considers dangerous for the future of the euro. This is why a new wind of unease is blowing through the Eurotower in Frankfurt. It is a sad paradox that the very country whose public declares itself most interested in the stability of the currency is having a destabilising effect on the euro' (Stefano Lepri)