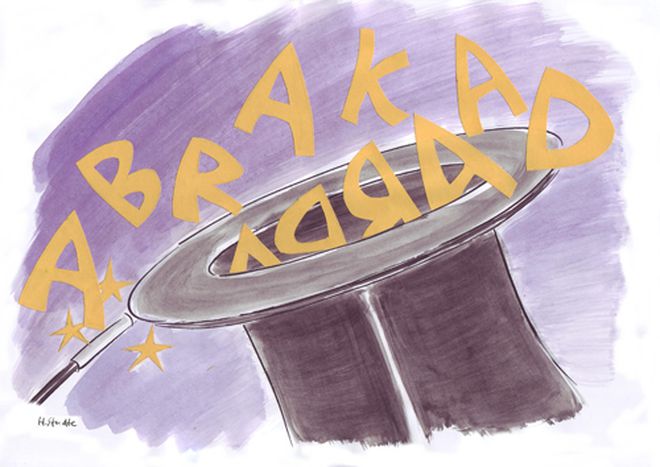 In a parallel fictional universe, imagine trying to produce a Patronus aka Harry Potter, JK Rowling's young hero of her seven novels. A dazzling, transparent stag bursts out of his wand to act as a protective spirit whenever he is facing danger, instantly calming the situation with its supernatural presence.

Looking past the imaginary 'platform nine and three quarters' at London's King's Cross station (where Harry and friends run into a wall to be able to enter the magical stop, and take the train to borading school every year), there's a wealth of classical roots in magic words from the Potter world. In the final book Harry Potter and the Deathly Hallows, you have the Greek original Anapneo (literally translated to 'I breathe again', a spell which clears blocked airways), to the Latin-originating Tergeo ('I clean') for a spell which removes material at a clean sweep.

As for slightly more drastic measures, the Morsmordre spell is used to summon the villainous 'Dark Lord' by his cronies whenever they think they can capture Harry Potter. Mors is Latin for 'death', whilst mordre is French for 'to bite'. Add to that the Tarantallegra spell, forcing your opponent's legs to dance crazily. This derives from the Italian word 'tarantella', referring to a fast folk dance in the south where couples whirl each other around, whilst 'allegro' means 'fast, lively'.

Then there's the mother of all curses: Abracadabra (derived from the Aramaic Avarah K'Davarah, meaning a desire to destroy this thing). Allegedly, the word was spelt repeatedly in lines one after another and always losing a letter. The effect is the shape of a triangle, ending with 'a'. The clockwise direction of this triangle allegedly had evil connotations.

The English word spell can also mean naming all the letters in a word, and is related etymologically to the Middle English word 'spell'. The Anglo-French espeleir goes one step further, defining the origin of the word as the act of speaking out loud. Incidentally, in the German word Buchstabe, the Germanics made magic wands from trees and inscribed their runes on it.