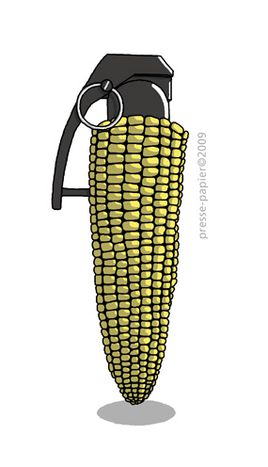 But is Europe's 'sweetcorn of discord' a great triumph with barely any consequences for Austria?

The Austrian environment minister Nikolaus Berlakovich calls the event an incredible success, likening it to Austria winning the World cup. It was a surprise when the majority of the EU council of ministers for the environment voted with Austria and Hungary against the European council’s proposal to try and force these two countries to lift their bans on the cultivation of two types of GM (genetically modified) sweetcorn. This means that both countries, together with France and Greece, can continue to enforce these bans within their own national territory. However the council has adopted the role of the leading authority on the issue, guided by the lobby of businesses that produce GM foods. But things wouldn’t have changed much if the voting had gone the other way, in favour of the lifting the bans. 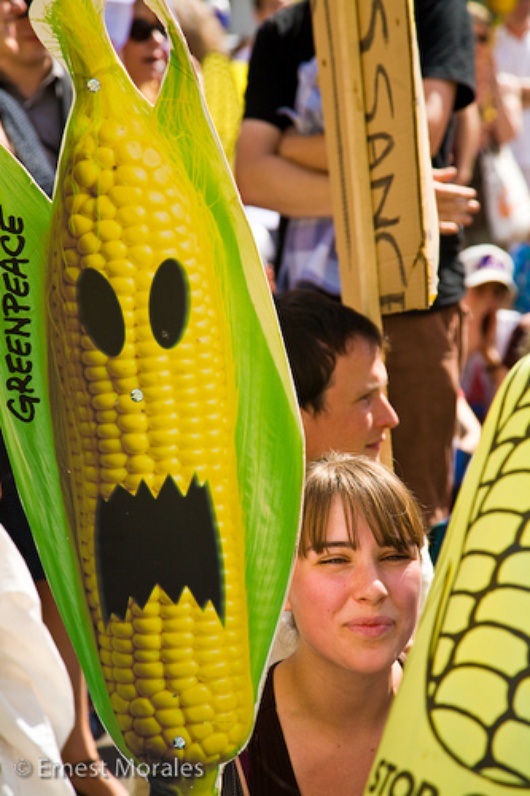 The world trade organisation (WTO) has the principle of a free market at its heart. So when a complaint was lodged with the WTO by the three main producers of GM sweetcorn (the US, Canada and Argentina) the case was brought to the European commission. The complaint was against the restrictions within the EU with respect to the importation and cultivation of GM sweetcorn. It has forced the European commission to put certain initiatives in place to try and revoke these restrictions in certain member countries. The complainant countries are advocating customs fines for those who do not adapt to the free movement of these products.

In 2005 and 2006, the commission presented the EU council of ministers for the environment with a petition demanding the repeal of the current legislation in Austria, which bans the importation of the Mon810 (produced by the company Monsanto) and the T25 (from the company Bayer CropScience) varieties of GM sweetcorn. However, in both cases the petition was rejected. In May 2007 the council supported the decision to uphold the ban on importing, which was this time limited only to genetically modified foodstuffs and fodder, so that the prohibition would only affect farming. However the commission will continue to try and have the ban revoked because according to the new study carried out by the European food safety authority (EFSA), Austria could not provide scientific evidence proving that GM sweetcorn has a negative effect on health or on the environment.

The existing ban however is unlikely to be affected by a positive result at the commission’s vote. There is a licence valid in the entire EU allowing the Mon810 seeds, which are extensively grown in Spain. In Austria it is the agreement with the market for food products which impedes the sale of the aforementioned types of GM sweetcorn. Furthermore, the federal state laws preventing genetic engineering ensure a physical separation of the farming of GM sweetcorn and traditionally grown sweetcorn. This means that the cultivation of GM sweetcorn is unlikely to reap any reward or benefit seeing as Austrian agriculture is small scale.

So why, when the result of the vote could have gone the other way, did the Austrian government risk an expensive infringement proceeding, instead of accepting the licence to grow Mon810 which would not even have altered the situation? Here the debates start which are taking place throughout the country, in which the ideal of an Austria 'free of GM products' is being used as a slogan, when in reality it does not exist. This can be seen as the background to the 1997 petition for a referendum on the genetic industry, signed by 1.2 million people. Yet Austrian farmers happily use GM soya as the main food source for their animals.

The sensationalist Austrian press is taking advantage of this discussion in order to brand the policies of the commission as demagogical. Even Nikolaus Berlakovich, who is from the Austrian people’s party (ÖVP) which traditionally supports Europe, wryly gives his opinion on the commission’s silence since their defeat in the vote. To their relief, the issue of the electoral campaign opposing the EU, which the country’s tabloids and popular right winged papers brought to the table, now remains on a back burner. Meanwhile Germany is showing support for Austria. despite the latent euroscepticism which can be found in the neighbouring country. The failure of the commission on this point can be seen as a small victory for a more pro- European Austria.