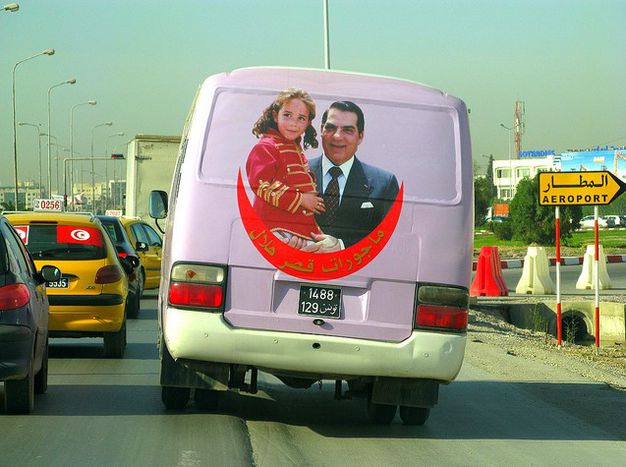 There's a 'Jasmine Revolution' and plenty of optimism from abroad, but the European media doubts that there will be a 'domino effect' in other Arab countries. The military controls the streets of Tunis after the self-imposed exile of dictator Ben Ali on 14 January

‘Mafia running a country like a business’ - Der Standard, Austria

As opposed to the governments of Iran and Egypt, the regime of exiled Tunisian president Zine el-Abidine Ben Ali was relatively easy to topple, writes the daily: ‘The Tunisian regime was an example of a completely de-ideologised government which stood for nothing more than itself: basically a mafia running a country like a business. But think of Iran. There twice as many demonstrators weren't able to topple the islamist regime. Its ability to stay in power is of an entirely different register than Ben Ali's. Egypt, where emotions are now running high, is completely different again. The regime in Egypt is not ideological, but there not everything revolves around money and internal power as it does in Tunisia, but around politics and the political position of Egypt in the region and the world. Precisely that is the reason why it's so important that the transition to the post-Mubarak era should be clearly planned’ (Gudrun Harrer)

The fall of Tunisian president Ben Ali could have a domino effect on the entire Arab world if it weren't for petro dollars, writes the conservative daily: 'The next in line could be the long-time Egyptian autocrat Mubarak, Libya's 'mad dog' Gaddafi, or even the rulers of the oil monarchies on the Persian Gulf. There, too, people are dissatisfied, there, too, there are armies of unemployed youths, not to metion the repression of the opposition. But things aren't as easy as that in the world, not even in the Arab world. The dramatic events in Tunisia were very specific. The Tunisian leader couldn't quell his citizens' discontent with oil or gas money like Libya, Algeria or the Gulf countries do’ (Petr Pešek) 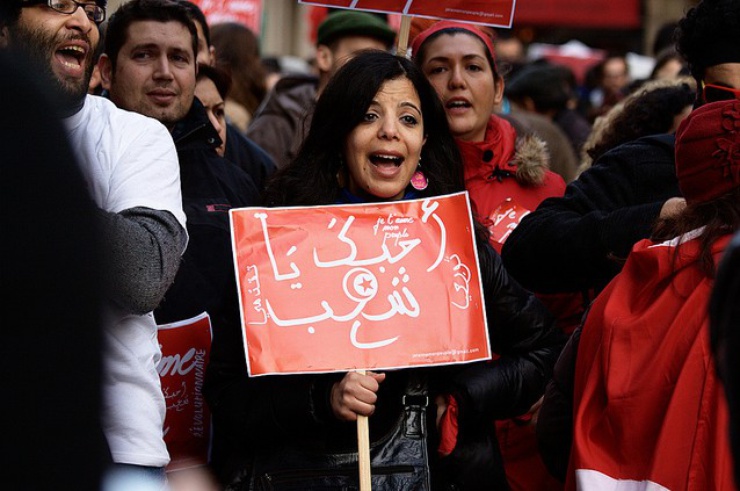 Tunisia is at a crossroads and the entire Arab world along with it, writes the daily, warning that the danger is great: ‘Much will depend on the path that is taken now, and not just regarding Tunisia's future (where elections must be held within the next sixty days). For the fall of a dictatorship that has oppressed the people for over twenty-three years shows all discontented Arabs who are also being oppressed by their regimes that they, too, have the power to topple them. But even if the overthrowing of Ben Ali was easy because the regime wasn't prepared for the people's revolt, no-one will now be taken unawares by a potential domino effect. Quite apart from the fact that new dictators are already lying in wait - some of whom have perhaps been trained by radical islamists." (16/01/2011)

The fall of the Tunisian dictator Zine el Abidine Ben Ali is a development of great political import, yet Europe remains silent, the left-liberal daily criticises: 'Silence is Europe's only reaction to one of the most important events in the Maghreb since its countries gained independence. In no region of the world is a national uprising that puts an end to a long dictatorship a minor issue. But in the Maghreb it takes on formidable dimensions because the most important states in this region are all in a similar economic situation and they suffer under regimes which, apart from certain formal and subtle differences, are all basically dictatorships. The European union's condescending stance towards them is also the same in all cases because the EU is pushing for the cooperation of the North African governments in matters of terrorism and immigration in return for turning a blind eye to the human rights violations, the corruption scandals and the systematic manipulation of electoral processes’ (José María Ridao)