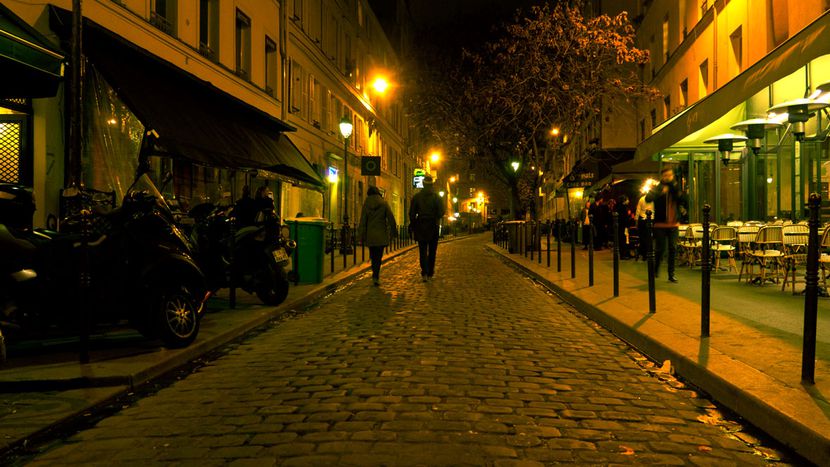 Attacks in Paris: Waiting out the city's longest night

It was a Friday night like any other in Paris's 10th arrondissement. It resulted in the worst hangover of my life. It was the end of an night that took us to the depths of hell.

It's a Friday night like any other in the 10th arrondissement of Paris. On the rue du Faubourg Saint-Denis, bars are overflowing with people, looking for a few swift drinks after work. The beer tastes better on Friday night. Generally speaking, you've earned it. "What a week..." people say, "Tough times...", "I'm snowed under..." There are a few extra empty glasses this evening, as people try to lessen the pressures of the work week.

You have to pass under an archway to get into cour des Petities Écuries. All along the paved street, revellers toast to their new-found freedom, at the watering hole of their choice: Tribal Café, Ô P’tit Paris, Blue Cerise or Gros. We laugh at the thought of going to Gros, and make our way to Tribal.

9:05pm. Happy hour finished five minutes ago. Too bad, but the G&Ts are still only 4 euros. We're five minutes into the match. France-Germany. Big trial run for Euro 2016. We're not doing badly. Gin burns the throat. We take a selfie with the lemon in our mouths. At half time, we light up. We talk through the week. "Got a lot on your plate at work at the moment?"

Oscar arrives, one hand in his pocket, phone to his ear. He taps me on the shoulder. He's excited, talking fast. "It's my brother who works for Vice. There's a shooting in Canal Saint-Martin. Bunch of people dead."

Oscar has a tendancy to mess around. A lot. We smirk back and answer: "Yeah, it's dodgy down there!" Oscar persists, "Knock it off!" We go back in the bar. Everyone is glued to their phones.  Phubbing.

An alert from the BFM app: "Shots fired in the 10th arrondissement." More info drips in. It's rue Bichat, a quiet little street 2 or 3 kilometres away. Another notification pops: "Explosions near Stade du France." I don't understand. We watch the match. They continue to play. The sound is off. The President of the Republic slips away. The barman smiles at people leaning over their screens. Someone tells us about the bomb alert at Gare de Lyon that afternoon. Don't panic. A third bit of news: they're at Bataclan, in the 11th. We still don't know if they're the same people, but to get from rue Bichat to the concert hall, they'd have had to come way too close to here. We look outside. They're packing up the terrace. We start to freak, Laura a little more than the rest of us. We get out of there.

At the flat, we're a dozen. We lost people in the panic. We plug ourselves into our newsfeeds for more info. This year, it seems that they dispense nothing but horror. Romain pours us shots. Doubles. It burns going down. That's better. We say things like: "They're not going to fuck up our night. We'll make this the party of the century." Friends have come from Toulouse for the weekend. We high five, start messing around again. More wisecracks from Oscar. We even change the subject: "Didn't we thrash Germany?" We make fun of Olivier Giroud. We chat about Karim Benzema. "In Europe, we'll still say all this is the fault of the Franco-German engine." Lol.

11:30pm. The news ticker changes. Hostages taken at Bataclan. Erwan is finally here. He's worried. He works in music, and has mates at the Eagles Of Death Metal concert. On the other hand, I still suspect everything will be alright. Like at the kosher supermarket in January, the police will make sure of it. There are people in the courtyard. I head down. We buy some drinks, swig whiskey from the bottle. We ring our friends and family. There's a lot of calls, IMs and clicks of the Safety Check on Facebook.

At the flat, we're now closer to thirty. I don't know half these people. It's 12 something pm. At Bataclan, there's a police assault. "Four terrorists neutralised." People ask for the Wi-Fi, we stick a post-it over the counter. Fiona, an American journalist, speaks to her newsroom in San Francisco. We learn that the hashtag #portesouverts has saved lives. Not many. On Facebook, we learn there's 100 dead at Bataclan. Too late, we see the message of Benjamin: "I'm still in Bataclan. First floor. Badly wounded. They attacked so fast. There are survivors inside. They slaughtered everybody. One by one." A massacre. A friend of Erwan's is also wounded*. Sophie and I, we take him in our arms. We're sat on the ground in front of the TV, cross-legged, misty-eyed. Fingers entwine with the hand of a stranger. Cigarettes burn down to their end, unsmoked. No one takes off their jacket. No one speaks.

2:00am. People start to leave. Taxis aren't running, except for Uber. We barely even say goodbye. The flat slowly empties. Spent whiskey bottles litter the floor. Chargers hang down without phones at their ends. I smell stale tobacco. I sip a nightcap in front of Teenage Mutant Ninja Turtles, I wanted the rottenest film I could find. My body reacts and I roll into a ball. I flinch. It feels so much worse than 10 months ago. The Jack Daniel's is rancid; my cigarette makes me wretch. I prepare myself for the worst hangover of my entire life. 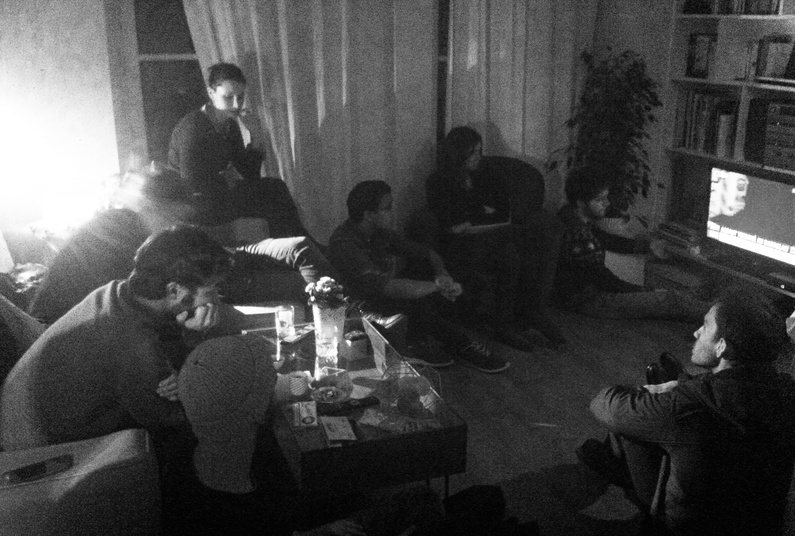 *Cafébabel is sad to announce that this friend passed away on Sunday evening. His name was Thomas.