Ataturk forbade the child marriage, AKP attempts to legalize it

An Old Erdogan Trick: “When there is a serious problem that you cannot fix today, create an absurd discussion and let everyone forget the real issue.”

Since the government commission of AKP announced the bill about the child marriages, millions of social media posts are shared and hundreds of opposition articles are published. State President Erdogan’s former political party (AKP) suggests that the new legislation aims to protect the victims of child rape cases, however, the opposition people represent a huge reaction against the law, because the commission’s bill opens a door for the rapist to get married with the victim by granting the consent of the parents. So that, the rapist doesn’t have to end up in jail sentence, and the child marriages also become legal.

Binali Yildirim, the Prime Minister of Turkey, made some clarification after the protests:

“There are people who got married at early age. They don’t know the law. Eventually, the young bride gets pregnant, and the father goes to jail. The kids are left alone with their mother. We identified 3000 cases like that. We are planning to apply a temporary law for these families.”

Clearly, the Prime Minister’s words also confirm that the law will allow the teenager girls under the legitimate age to get married.

Kemal Kilicdaroglu, the leader of the main opposition party, stated the following:

“A teenager will be raped, and the rapist will be forgiven if he promises the marriage.”

Google Trends chart indicates the huge hype on the keyword “Tecavüz” which means “Rape” in Turkish [1]: 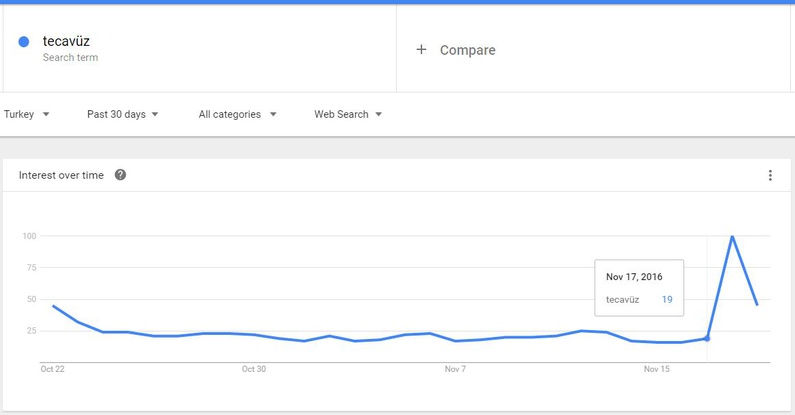 After 5 days’ of struggle, The State President Erdogan made his first statements on the discussion.

“The government should pay attention to the critics. The issue should be solved with mutual understanding.”

Hours after Erdogan’s statement, the Prime Minister Binali Yildirim stated that the bill will be once more handled by the government commission and Yildirim also asked the party members to discuss the bill with opposition deputies.

The Role of the Mass Media

As clearly seen during the Gezi Park protests and onward, the mass media is controlled by Erdogan’s former party, AKP, and some support was delivered by pro-government media.

The newspaper Milliyet, which reaches to millions of readers every day, started to publish some awful news reports. The news showed various stories of teenagers who got pregnant below the age 18. Milliyet news tried to show the demand of the new child marriage legalization.

True Reason behind the Discussions

After all the dust, what could be the true motivation of such an artificial agenda? I see the old trick of Erdogan style politics.

“When there is a serious problem that you cannot fix today, create an absurd discussion and let everyone forget the real issue.”

Unfortunately, this trick works against the opposition leaders and other groups who do not confirm AKP politics.

Before 17th of August, the agenda of the news was the fall of Turkish Liras against foreign currencies. Please see the ratio of Turkish Liras and Norwegian Kronner. No more commentary needed, because weekly chart explains all alone [2]: 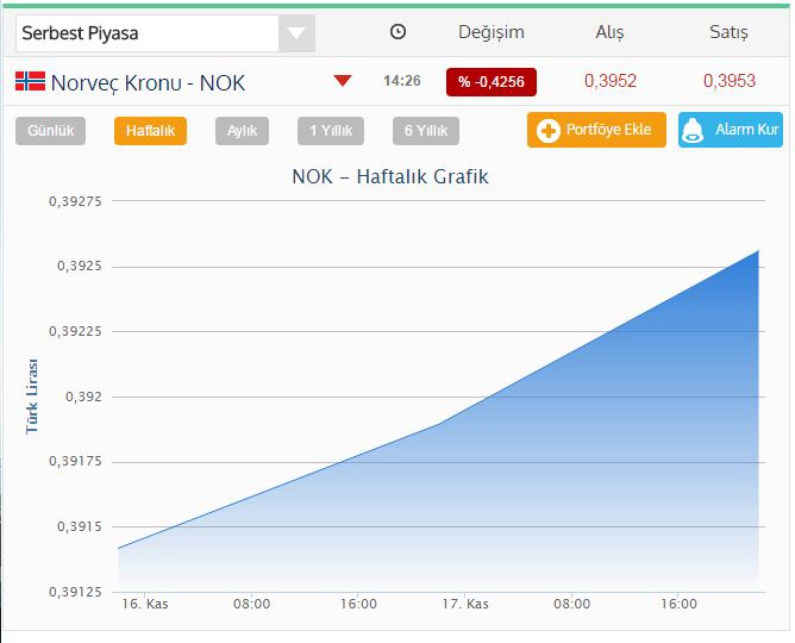 Apparently, the chart above should be the true agenda of Turkish politics in last 10 days, not a fabricated child marriage discussion. AKP has no good justification for the financial status of the country, and the economic growth has always been their strongest defense attribute.  Needless to say, the situation is the same against USD, EUR and many other currencies.