At the heart of 'The Orange Revolution' - Part 1: The Kiev Winter

In the first of a series of three reports from Ukraine, Sébastien Daycard-Heid investigates the hopes and motivation of the Ukrainian youth in Kiev’s tent camps, on the eve of December 26th’s presidential election 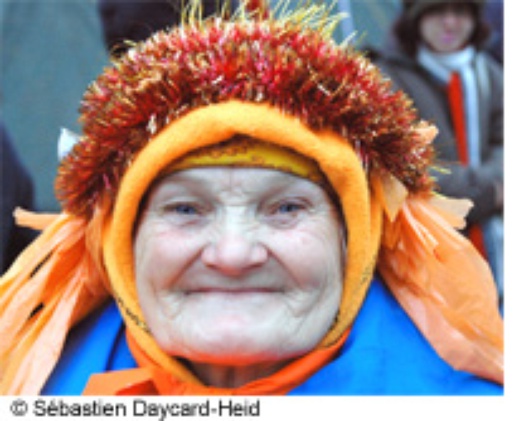 The future looks bright for the previously unknown Ukrainian band “Hrynjoly”. Their song Razom Nas Bagato was adopted as the Yushchenko campaign anthem and so for now is the soundtrack to Ukrainian life. On Kreschatyk Street you cannot walk a hundred yards without hearing its refrain. Kiev has been a changed city ever since 600,000 people filled Independence Square (Maidan Nezaleznosti) on November 21st to protest peacefully against the fraudulent second round of the elections. The square is a space for the Ukrainian people, their improvised camps and democracy.

Kreschatyk Street now provides an alternative political voice. The youth of Ukraine, with their good humour, ideals and desire for change can be found in the street’s tents. As with all revolts, it is young people who are spearheading this revolution. Nobody can tell yet whether this Kiev Winter will meet with the same fate as the Prague Spring (1). Today is December 24th and there are still two days before the verdict of the ballot box. Yet as I stand here, surveying the hundreds of tents, as a Western European I cannot help but admire and envy these people who still know what it means to battle for your rights…

Ochsana has not taken off her orange scarf and red and black flag (symbolising freedom or death) for a month. She studied French for a year in Clermont Ferrand (central France) but unlike many of her compatriots she made no attempt to stay there. Her dream was not to emigrate in search of a better life. She credits this revolution with changing people’s attitudes. “We are fed up with having to run away in order to live a free life. Young people want to take part in the shaping of their own country. Yanukovych and Kuchma stole the rights of the Ukrainian people – everything we had”. Ochsana only regrets being too young, at 17, to vote herself. These protests have none the less given her something to engage with for the first time in a long while. Many young people bunked off their December exams or left their jobs to come and protest and maintain the vigil. Catch-up sessions for students after the elections have even been planned. At one stage 12,000 protesters filled the whole length of Kreschatyk Street, though now as the situation has eased this figure has slightly dropped. However there are still a dozen encampments dotted around the city, filled with young people from all over the country: Kharkov, L’viv, Kiev…..

Many, like Ochsana, wear their heart on their sleeve in the form of student movement PORA’s yellow and black armband. PORA’s pamphlets depict the movement as a chicken (with a Rambo-style bandana) emerging from its eggshell, for it likes to project itself as a youthful protest movement. Brice Bader is a French member who lives in Kiev with his Ukrainian girlfriend. He has watched the evolution of the movement. He opines: “Thanks to its smooth communication and methods, PORA galvanises and channels young people’s energy. PORA set up the first tents near to Kontraktova Square and Kuchma’s home showing that this was possible. They also set up the first tent camps in other provincial centres. It was they who bussed in the protesters at the beginning of the revolution when the government tried to close camps outside of the capital and restrict ticket sales for trains into Kiev”. Although PORA prefers to define itself as a movement, it is in fact highly organised and has a strict hierarchy. It should really be described in terms of a fully-fledged organisation.

In PORA’s small headquarters on Desiatynna Street, a dozen people work every day preparing “the campaign”. In fact this organisation’s true objective, like its sister-movements Otpor in Serbia and Kmara in Georgia, is clearly to become a political counter-force. The director of the civil campaign Vladimir Khaskiv explains their raison-d’être: “we wanted to be political activists protecting freedom and democracy and we chose a non-violent approach. Today we are endeavouring to address a lack of communication within Ukrainian society in order to respond to the population’s needs and to ensure free and fair elections”. He also details how the organisation’s methods have been tested and improved as the revolutions have continued. “We have created a database of our members’ SMS numbers so as to bring together as big a crowd as possible in one place and time. We also disseminate our ideas on our web site. Without it we could never have succeeded”. The website gives contact details for organising their activities and has press cuttings, pictures and a photo gallery. With 4,000 hits a day, site manager Anastacia Bezverkha certainly has not got time to waste. She confirms that they will continue to run the site but that the future also holds other possibilities: “We have created a new type of political activism and a new generation of activists in Ukraine. Some people really want to continue their activities and to remain influential in order to further cement the democratic process”. However certain questions remain unanswered; how a movement formed in the spring has built itself up so rapidly and why this political counter-force should disband immediately after the revolution.

(1) The Prague Spring was a period of political liberalisation in Czechoslovakia which began on January 5th 1968 and continued until August 20th, when the country was invaded by the USSR and all its Warsaw Pact allies other than Romania