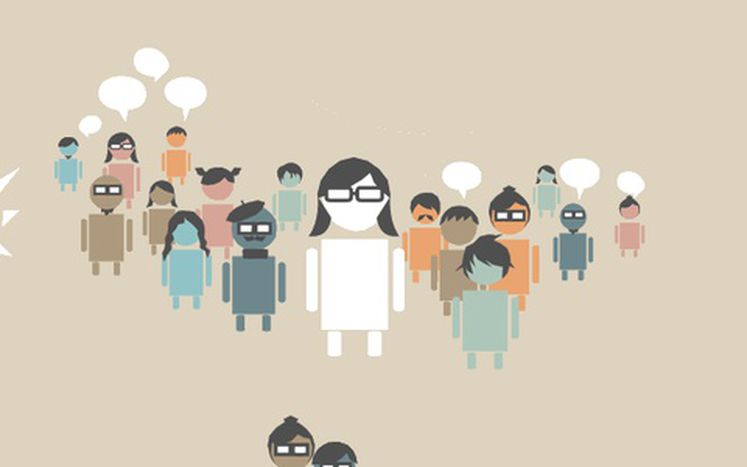 At the Crossroads of Democracy – Interview with Vouliwatch-Founder Antonis Schwarz

At Home in EuropePolitics

The situation in Europe is critical, putting in jeopardy also the democratic values of the state union. Many Europeans call for more participation in politics. But lacking transparency lets the gap between political administration and population grow steadily.

Florian Schmitz (FS): Antonis, vouliwatch.gr is inspired by the German democracy platform abgeordnetenwatch.de. Can you explain what exactly it is you do and who is behind it?

Antonis Schwarz (AS): We provide a public dialogue between Members of Parliament (MPs) and citizens. You can ask questions and we conduct the moderation process. On the other hand, we look at how MPs vote in Parliament. Compared to abgeordnetenwatch.de, we also offer policy monitoring, where we have compiled the various party programs in condensed form. Our users can compare them based on various aspects such as economics or environment, comment and indicate potential for improvement. Then, there is Candidatewatch, where we observe the various election campaigns. Eventually, our users can upload their own bills and leave them up for discussion.

FS: Is it rather people from the left wing, or do conservatives use your site as well?

AS: I would say that it is people from the emerging civil society in Greece, among them many who are engaged in the grass-root democracy movement. However, it always depends on the current situation. For example, there were plenty of questions about the privatization of the state-owned water companies during unofficial referendum in Thessaloniki. But our users cannot be reduced to one group. If anything, it is people between the ages of 18 and 35.

FS: When you say the ‘emerging civil society,' what do you mean?

AS: I think that grass-root democracy movement is growing bigger these days. For me, Greece is a good example of what happens, when the political parties are left alone with all the power and when citizens don’t have the chance to participate in political processes outside of elections. Vouliwatch clearly stands for the system of parliamentary democracy, but there has to be other means of civic participation apart from voting every four years.

FS: You have spoken of civil society and grass-root democracy. Can you explain to our readers how Vouliwatch is connected to that?

AS: We are a very young organisation. Most of all we try to bring politicians and MPs to answer the questions of our users. In this respect, we are moving in the frame, which the constitution grants us. There are neither petition committees within the Parliament, nor any other formal ways allowing further influence. The only thing left is to write to your MP and hope that he or she acknowledges that. We try to make this process more public and want to provide an additional tool for the citizens to exercise pressure.

FS: So it's about communicating more openly and about transparency. How do you see the development of transparency in Greece in general since the beginning of the crisis?

AS: That has been an issue for a long time and became increasingly important with the crisis. I have the impression that in Greece the pressure applied by civil society could be targeted more efficiently. The complaints against the system are often not specific enough. People should look at details, saying: ‘Okay, the system does not work, we need to improve it right HERE, and then exert pressure right THERE. Membership in international organisations has proven to be good for Greece, too.

FS: Do you believe citizens make a connection between the issue of transparency and the state of the country?

AS: Of course, people are absolutely aware. But I think it is too often just thrown into one box, thinking: 'The system is corrupt and does not work’ and that therefore it is not worthwhile to make a difference. Many simply choose to adapt and make the best of the situation. For me, this feeling of futility is the greatest danger of the crisis, to see no more reason to deal with politics. Especially now that greater political commitment is needed, people retreat. Of course this cannot be generalised. Not everyone buries their heads in the sand. Just as we observe it in other countries in Europe, including Germany.

FS: In a time of uncertainty in Europe, prejudices are on the rise. Being half Greek and half German, what do you think the Greeks should know about the Germans and the Germans about the Greeks? What are common prejudices that could be cleared quickly, if we communicated better?

AS: Let me put it this way. What Europeans should know about the Greeks is, that Greece, in a sense, is a relatively young country with a very difficult history. It was only in 1821, that the Greeks broke away from the Turks. Some parts of the country followed a 100 years later. Then there was the catastrophe of Asia Minor, when the country all of the sudden had to take in 3 million refugees. Later came the German occupation and the military dictatorship. Greece was occupied by the Ottomans for 400 years and thus largely isolated from Europe. There was no bourgeois class. The wealthy Greeks were abroad, in Alexandria, for example.

FS: Just like a lot of Greek capital is abroad now?

AS: In a way, yes, but the big oligarchs are still in the country. It also plays an important role that the country has not experienced a period of enlightenment or reformation, which explains why the Church has so much power...

FS:... and constantly gets involved in legislative processes.

AS: Exactly. Greece has a unique history. It is considered European and the culture of the entire Western world roots there. But between ancient Greece and today a lot of time has passed. The many different occupations, the Byzantine era, during which many Greeks considered themselves Romans, show that the country’s identity is still very young.

FS: What prejudices exist in Germany that people should urgently get rid of?

AS: Many and especially the media benefit from them. You just have to realise that it is a country between east and west. Keep in mind that many people in Greece say things like: ‘He studied in Europe.' Somewhat as it is in the UK.

FS: And vice versa? The Greek media are indeed quite selective, to put it carefully. What should the Greeks know about Germans, or about Europeans in general?

AS: Sometimes, the EU is too highly stigmatised. Of course, there is much room for improvement, but I think that Greece has greatly benefited from membership, especially when it comes to funding money. We have to realize that we are members of a club where we cannot simply complain, while drawing money at the same time. But at the moment, the main thing is to deal with internal problems. People have understood that Europe is not the reason for the crisis, but the domestic problems.

FS: Thank you for the interview.

Interview in full length on eudyssee.eu