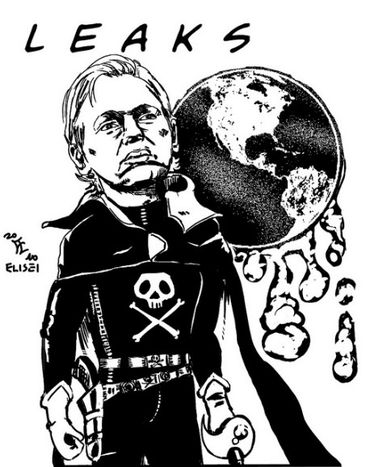 WikiLeaks editor-in-chief Julian Assange was arrested in London on 6 December on charges of rape. Commentators suspect US pressure behind the arrest, as punishment for Assange's publishing of secret US documents. European press review

Although the arrest warrant against WikiLeaks founder Julian Assange was issued on the basis of accusations of rape in Sweden, the leftist daily suspects the real reason is pressure from the US to ensure he is punished for publishing the embassy cables: ‘Two other facts tell us how much of a real threat Julian Assange is to the economic and military might of the biggest superpower. Firstly, a Swiss bank has frozen the account in which WikiLeaks deposits the donations for its defence, allegedly because Assange doesn't live in Switzerland. And as we all know only the citizens of this tax haven are allowed to open accounts there (ha ha!). Assange is obviously not corrupt enough, not nazi enough or not a big enough drug trafficker to be worthy of Swiss banking secrecy. Secondly, the British police arrested him on the grounds of a confused case of supposed rape in Sweden which was opened in August but strangely only became a priority for Interpol in the last ten days’ (Ignacio Escolar)

The arrest of Wikileaks founder Julian Assange in London is the latest escalation in a new brand of guerrilla war between the US and the whistle-blowing platform, writes the liberal-conservative daily: ‘On the one side is the US government, a classic state power that won't put up with its secrets being revealed, and on the other is the nebulous internet organisation WIkileaks, which as the guerrilla of the electronic world is infuriating big America with its pinpricks. Just like the typical guerrilla the nameless foot soldiers of Wikileaks have the advantage of a profound knowledge of the combat zone, the sphere of computer networks with all its hiding places. We will soon learn whether the group can remain active without its authoritarian leader. Meanwhile the US now has time to develop its own criminal case and perhaps demand Assange's extradition. A more promising approach, it seems, would be for the US to invest a lot more effort in the security of its government data banks’ ( Andreas Rüesch)

More from the online publication of Neue Zürcher Zeitung

‘US forfeits any right to call China to account’ - Berliner Zeitung, Germany 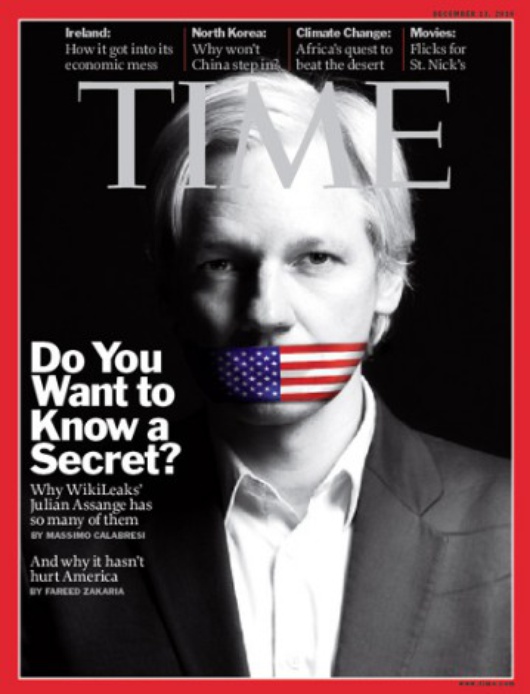 US secretary of defense Robert Gates has declared himself happy about the arrest of Wikileaks founder Julian Assange. The US now seeks Assange's extradition for the publication of secret documents. But that will do more damage to the US than all of the publications to date, writes the left-liberal daily: ‘The US is betraying one of its founding principles: the freedom of information. And it's doing so at a time when it is facing the loss of power over global information for the first time since the cold war. There is a certain irony in the fact that Hillary Clinton used the doctrine of the free flow of information to condemn internet censorship in China and Egypt at a congress in Washington at the beginning of the year. She quoted president Barack Obama, who justified the necessity of free access to the internet in China with the argument that it helps citizens to call their government to account, generates new ideas and fosters creativity. With its current steps against WikiLeaks the US now forfeits any right to call China to account over its persecution of internet activists’ (Holger Schmale)

The arrest of Wikileaks founder Julian Assange has nothing to do with restricting the freedom of opinion and everything to do with the rule of law, writes the conservative daily: ‘It may be that he is entirely innocent of the Swedish allegations of rape, molestation and unlawful coercion, involving two women. If that is the case it would make more sense for him to face the charges and be cleared. Sweden is not a banana republic, after all. Mr Assange will be remanded in custody until 14 December. But to claim that he is being 'denied justice' is ludicrous. The Swedish authorities have put their case. The only way for Mr Assange to get justice now is for him to accept the course of the legal system. He should not be made a martyr over a grubby issue that is wholly separate from freedom of expression’