Jahangir referred to the need to expand the language of intercultural dialogue to include aspects of religion and interfaith issues, which affects both believers and non believers. She further asserted that every individual must respect the universality of human rights.

Intercultural Dialogue: What, Who, Why and How?

“Does intercultural also incorporate interfaith dialogue?” I am of the opinion that they clearly are. Undoubtedly religion is a part of culture and interfaith tensions need to be taken into account. Therefore, intercultural dialogue must also take into account different communities and their ideas.”

Jahangir’s remarks are courageous in view of the current distrust surrounding different religions. Especially as her suggestions extends to the political field in which, in her opinion, governments and civil society need to work together to guarantee an effective interaction between all religions. Interfaith dialogue, which will be handled at the most fundamental level of society, will also benefit the women that often are at the heart of the tensions and yet too often are marginalised.

The human rights lawyer has welcomed the initiatives and aims of the European Union (European Parliament and the Council of Europe) as part of the European Year of Intercultural Dialogue. “Together in Diversity” is the motto of this initiative which was launched on the 4th December 2007 by the European Commission. It aims to promote cultural diversity and at the same time strengthening the sense of belonging to the European Union. “Intercultural dialogue can counteract sectarian and ostracising attitudes and guarantee world-wide religious tolerance, respect and understanding… It is important to highlight the contribution of different cultural influences in the heritage and ways of life of member states and to recognise that the cultural and intercultural dialogue is indispensable for a harmonious cohabitation” explained Jahangir.

Education as a preventative tool

“Education and intercultural dialogue constitute an important means to prevent misunderstandings, conflict and breaches of freedom of belief and religion.” 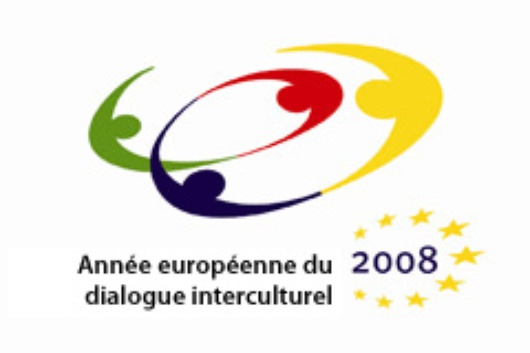 Education is the touch stone for the interfaith process advocated by Jahangir. In this respect, she praises EU educational programmes, such as Comenius, Erasmus, Leonardo Da Vinci and Grundtvig.

The aim of interfaith dialogue is to bring people together; People who will then build bridges between communities and thus strengthening human rights. Jahangir appealed not only to leaders of the religious communities (the last time that these religious and spiritual leaders met was in 2000 at The Millennium World Peace Summit in New York) but also artists (such as Daniel Barenboim and the Eastern Divan Orchestra. ) "Artists play an important role in the education in religious tolerance and building bridges between different communities", asserted Jahangir.

The media also plays a role within this educational process. "Here are the real successes of interfaith dialogue... and we do not need to do much to have a constructive dialogue“. Jahangir cites the initatives taken the initiatives recently taken in Israel and the Occupied Palestinian Territories and in Belfast, in Northern Ireland, "however, these efforts rarely make the headlines, unlike religiously motivated violence."

Jahangir’s speech was applauded by the European representatives. She concluded her speech by emphasising once more the necessity of intercultural and interfaith dialogue and quoted the former UN Secretary General, Boutros Boutros Ghali, "Human rights, viewed at the universal level, bring us face-to-face with the most challenging dialectical conflict ever: between "identity" and "otherness", between the "myself" and "others". They teach us in a direct, straightforward manner that we are at the same time identical and different."