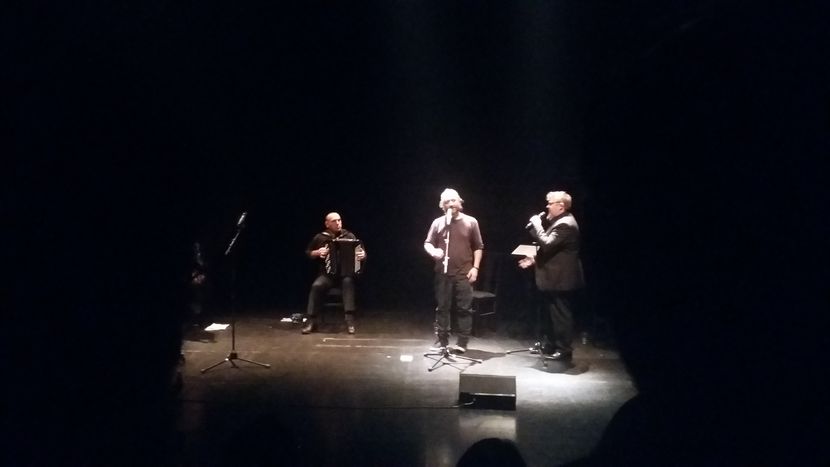 Ascanio Celestini: theatre and the emergencies of our time

This edition of the Festival des Libertés hosted Ascanio Celestini, one of the most influent actors of the Italian Teatro di narrazione (“narrative theatre”). Cafébabel interviewed him the morning before its show,Variation pour un recit à venir, performed together with David Murgia and Violette Pallaro and translated by Patrick Bebi.

What follows is the result of the conversation with Ascanio Celestini, talking about theatre, the emergencies of our time and foreign languages.

Cafébabel: Is this your first time at the Festival des Libertés?

Ascanio Celestini: Actually it isn’t. My first time here in Belgium was 13 years ago, at the Festival de Liège. From that moment on, I have been bringing all of my plays to Belgium. I don’t even know how many times I took part in the festival. In 2012 they also asked me to direct a play, Discours à la nation, especially made for the Belgian public.

Cafébabel: What does it mean to set up a stage show for a public different from the one you’re used to? Did you find something particularly hard in it?

AC: I don’t think the Belgian public is so different from the Italian one. That’s why I don’t think that setting up a play for it is not so hard, or at least it doesn’t present more difficulties than it would do in Italy. We have the same cultural roots and the same oral traditions. From the dawn of time, tales and myths have been spreading throughout Europe without the need of the Internet, and that’s what makes us so similar from a cultural point of view.

Cafébabel: Let’s now talk about the main topic of the festival: the emergencies. What are, in your opinion, the real emergencies of our time? And how does the play you present deal with them?

AC: The play I present at the festival is made up of two different ones: Laika (in his French version with David Murgia in 2017), and Spaesamento (together with Violette Pallaro, with the music of Gianluca Casadei,  and the translation by Patrick Bebi). The two plays have something in common: their main characters. In both of them we see satellite characters, invisible people that we can’t see during our daily routine. That’s the case for examples of prostitutes, tramps, or African labourers working in warehouses at night-time. I chose to bring these characters on stage because I think one of the emergencies of our time actually is the need to get in touch with the real life. The Web, our smartphones and computers give us the impression we can always know what happens in every corner of the world. But what is it all for, if we don’t know what happens closer to us? At the time of the terrorist attacks at the Charlie Hebdo headquarters’ I was in Paris with Jean-Luis Colinet (director of the Theatre National), but we didn’t know anything about it since he had read the news on his smartphone. We’re getting used to the news from all over the world and maybe only when something very serious happens so close to us we are shocked. I believe that the Web is becoming a huge fiction told by many storytellers: it’s hard to understand that things happen for real, far away as well as close to us.

Cafébabel: And what is the role of theatre in this context? 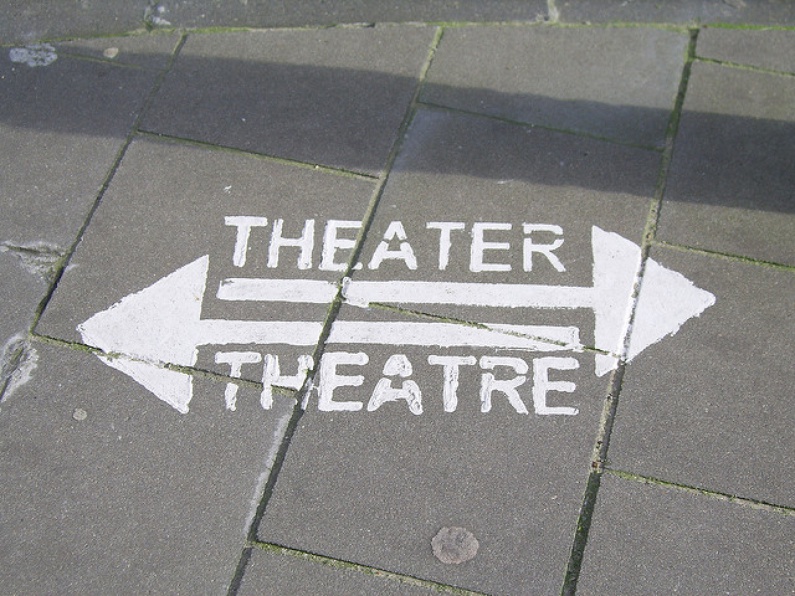 AC: Theatre should do what the media are actually doing at the moment. Theatre is supposed to be fiction and when an actor is on stage the audience is perfectly aware that he’s playing a role, it doesn’t matter if he uses words like I or me. Even if an actor puts his life on stage he is doing theatre exactly like when we see someone acting in Hamlet. But if the second case is more perceived as theatre than the first one, they both have the aim to let us reflect on something. Especially as regards Italy, people are used to think about theatre in a “more conventional and historical” way (maybe because of our beautiful historical theatres which sadly don’t allow the use of instruments and tools for its different forms), but theatre is able to tell us stories related to our time and it makes us aware of the reality we’re leaving.

Cafébabel: How do you think people perceive the role of theatre in Italy and abroad?

AC: I have the impression that abroad, or at least here in Belgium where I have frequently worked, the whole society is much aware of the aim of theatre, that is representing the society itself, and for this reason the society really supports it, also from an economic point of view. What I can see in Italy is only a formal, “superficial” support. That’s why for example theatre companies in my country hardly survive, because the only income they have is from their tours. It’s not easy to make the entire society understand that working in the theatre field actually represents a real job.

Cafébabel: This evening you’ll be acting in Italian and Patrick Bebi will be translating it into French on stage. Can you tell me more about this choice?

AC: It’s a choice that I made some years ago here in Belgium. The use of  subtitles for my stage show can’t work because I don’t have a real script; indeed, I prefer to improvise on the spot. That’s why I chose the translation, that in my case works so well thanks to Patrick. He doesn’t simply translates my words, but he almost completes my sentences in French and the translation magically becomes part of the play.

And that’s exactly what happened. The French translation truly becomes part of the play, and you don’t even realise you’re watching a play which is being acted in two different languages. The only thing you know is that, with a clever use of irony, you’re learning to know the stories of those around you and maybe, as of this evening, people have become a little less invisible than before.