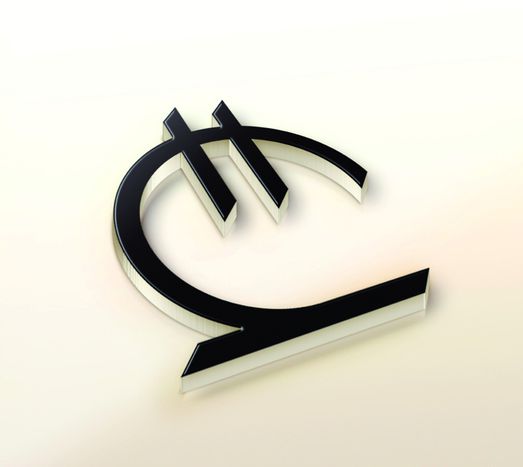 As the lari gets a makeover, a look back on its history

Recently, the Georgian National Bank revealed the winner of the competition to design a new symbol for the country’s national currency, created by the artist Malkhaz Shvelidze. Visually, it is reminiscent of the Georgian letter “L” and an upside down euro sign. As the President of the National Bank of Georgia, Giorgi Kadagidze explained, the new symbol will help popularize the currency abroad and make the Lari more recognizable.

The Lari was introduced in 1995 after a tumultuous experience with its predecessor the coupon. Following the collapse of the Soviet Union, Georgia introduced the coupon in April 1993 and experienced one of the highest rates of inflation among the post-Soviet countries. By 1994 there was an episode of hyperinflation, during which the inflation rate reached a staggering 15,607 percent. The issue was resolved relatively quickly after the National Bank of Georgia conducted a stabilization program. The economy first fell to 163 percent inflation in 1995 and then to single-digit inflation in 1997.

Such events are still fresh in the minds of most Georgians, and trust in the national currency remains low. Upon its introduction, the Lari was unofficially pegged to the dollar in order to generate the currency’s credibility and boost its usage. Central banks often choose this policy after introducing a new currency. But in the long run, pegged currencies prove hard to maintain.

Towards the end of 1998, the pressure on the Lari had built up and the National Bank of Georgia had significantly depleted its reserve. Its attempt to maintain the peg had proven unsustainable. Finally, the currency was allowed to float on December 7, 1998, resulting in an immediate devaluation of the Lari by 20% and an increase of inflation to 12%.

The dollarization of the economy increased dramatically after this crisis. By the end of 1998, it was 83 percent and by 1999 it had risen to 86%. The demand for the Lari was extremely low and almost everyone in the economy preferred holding foreign currency.

The National Bank of Georgia conducted various policies to counteract these developments, including intervening in the exchange rate market. At the end of 2001, it had achieved a gradual appreciation of the currency. Since then, according to an IMF working paper, “Modeling Inflation in Georgia,” the Lari has remained relatively stable, inflation low and the confidence of the nation towards its domestic currency has continued to increase.

Despite advances made in the effort to decrease the dollarization of the Georgian economy, more than half of the population still prefers having their savings deposits (about 55% in 2013) and loans (approximately 60% in 2013) denominated in a foreign currency. It is also common to pay for private classes, rent and even automobile purchases in dollars, if the purchase is not through an authorized company. One of the main priorities of the National Bank of Georgia is to increase trust in the Lari and facilitate the process of “Larization” of the economy.

By keeping inflation low, rates predictable and prices stable, the NBG is seeking to increase confidence in the long-term. One of the methods it uses to achieve this goal is to transparently communicate its policy objectives. The so-called “inflation targeting” method was used first by New Zealand in the 1970s and then by various other countries to set the expectations of businesspeople and consumers about the direction of monetary policy. Georgia only switched to inflation targeting a few years ago, in 2009.

According to their website, the National Bank of Georgia aims to reach 3% inflation in the long-term and achieve greater convergence with developed countries. In the short term, the inflation target is 6% in 2014 and then to 5% in 2015. Incidentally, 2015 will also be the 20-year anniversary of the Lari, which shows that the National Bank of Georgia has succeeded in implementing a resilient monetary policy, despite the growing pains of the Lari in its early stages.