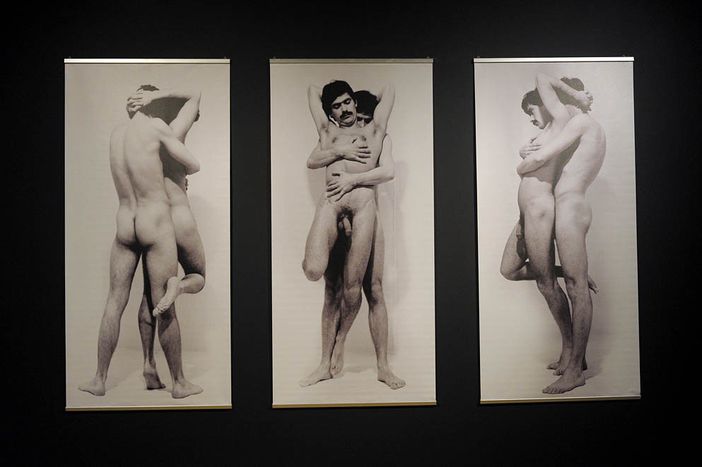 Before the Euro pride parade on 17 July, exhibition curator Pawel Leszkowicz talks lesbian art, punching viewers in faces and explains why art and the Polish capital's largest museum is a live nerve of democracies

Homophobia is not uncommon in eastern Europe. The gay pride marches in Latvia, Bucharest and Warsaw in 2006 were marked by counter-demonstrators assaulting homosexual activists. In Poland, 5, 000 people marched in a banned gay pride; the following day, Roman Giertych, then-deputy prime minister and education minister, joined 800 supporters of family values - most catholic, like the majority of Poles - in a counter-march to oppose 'revolting pederasts'. He is the same man who proposed banning homosexuals from teaching in schools and make it easier to fire those teachers who promoted the 'culture of homosexual lifestyle'.

The campaign against homophobia (Kampania Przeciw Homofobii), a Polish NGO advocating rights for homosexuals, questioned more than 1, 000 lesbian, gay, bisexual and transgender Poles in 2007. Over the two years prior, half of those questioned had suffered psychological violence. Of the 18% who had been physically assaulted, half were attacked more than three times. 85% who were physically attacked were 'too scared' to report the crime to the police.

While homosexual sex in Poland was legalised in 1932, its citizens do not enjoy the same rights as their heterosexual counterparts. Displaying homosexual sex in the sacred den of culture that is the national museum (Muzeum Narodowe w Warszawie) is certainly a stone in the pond. The Ars Homo Erotica exhibition opened days before the presidential elections on 20 June. It's the first art show at the largest museum of the capital to gather representations of homoeroticism in eastern Europe. When he took the national museum's helm in 2009, director Piotr Piotrowski's explicit intention was to revitalise the traditional institution. Ars Homo Erotica fits in. Pawel Leszkowicz, curator of the show, has worked on similar and related projects for over a decade as a curator. Interview. 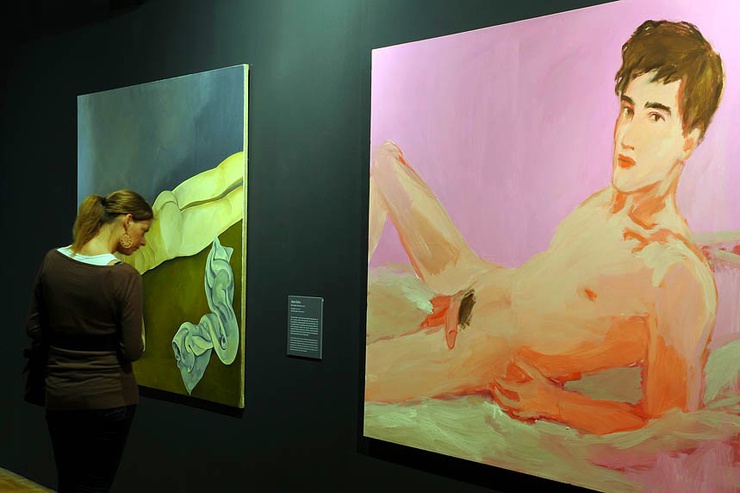 cafebabel.com: How is the controversy surrounding the exhibition?

Pawel Leszkowicz: It started in autumn 2009 when Piotr Piotrowski, announced that we were preparing Ars Homo Erotica. Seven months ago, MPs from the (opposition law and justice) PiS party addressed letters to the culture minister calling for censorship. The minister, from the now-ruling Civic Platform party, refused to intervene and recognised the sovereignty of the museum in this matter. However, since its opening the show has not caused a storm. There have been no demonstrations or aggressions and the media reviews are all very good. In the first five days of the exhibition, there were a thousand visitors a day, more than we expected. The political silence is surprising. Perhaps critics such as politicians or church members are staying mum in order not to give the event any press; perhaps it's a positive reaction.

cafebabel.com: What impact will this have on Polish society?

Pawel Leszkowicz: I undertook this project from an emancipatory perspective. I kept in mind the educational potential of showing the continuity of homoerotic themes throughout history. Eroticism in Polish culture is considered to be abject. My goal was to politically shatter the centre of high culture in order to sublimate this conception of sexuality. Critical MPs said that this exhibition would be 'taking homoeroticism to the toilet'. I wanted to bring the toilet to the national museum. 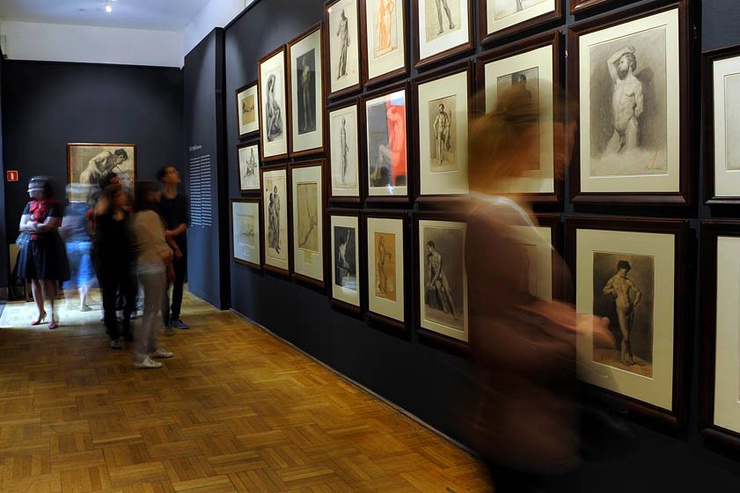 cafebabel.com: Is art as effective as politics in matters like homophobia?

Pawel Leszkowicz: The new orientation of the museum is explicitly social. The director is a like a Zapatero in the art world: he wants the museum to have an active role in Poland’s democracy and political discussions. He is realising the project of secularising society, of reducing the influence of the church and bringing up voices of minorities, particularly supporting gay and lesbian rights. This is why I drew from the surrealist conception of sexual normativity, especially André Breton’s, and I translated it in homosexual terms. We have a repressed cultural memory in central and eastern Europe. Sexuality has always been attached to heterosexuality. Homosexuality is subversive. By 'queering the collection' I tried to create a new politics of sexuality.

cafebabel.com: Did you ever feel that your curatorial choices straddled the line between art and pornography?

Pawel Leszkowicz: In contemporary art, this line is blurred. In mainstream culture, the representation of the body is often seen as pornography. So this question can be addressed to contemporary art in general. For Ars Homo Erotica this issue is best displayed in the room dedicated to lesbian sexuality. The section is very strong visually because homoerotic representation is often phallocentric. In the realm of male homosexual representation, one finds connections to other elements of art, such as classicism, aestheticism or camp. It is not so in lesbian art. This explains my choice of very powerful images, such as La Sorcière by Paulus i Svajove Stanikas. Lesbian sexuality is often exploited, sometimes invisible and even considered to be repulsive. I took this as the opportunity to highlight the repulsive character of eroticism and to provoke the viewer, to punch him in the face.