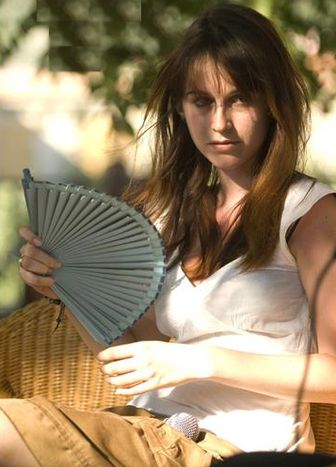 Arianna Giorgia Bonazzi on 'the vanity of being translated'

The 25-year-old Italian debuted her first book last year, having gone from Udine to the RAI in Milan, via Paris and Alessandro Baricco's ‘Holden’ school of writing

I meet Arianna Giorgia Bonazzi beneath Italian television station RAI’s headquarters, Vittorio palace, on Sempione Street, where she is currently working. A breathy girlie voice escapes from her mouth, one that describes to you the things that only she sees and that others don't. On a day when the rain makes Milan a gloomier city, Bonazzi has turned up in a green jacket and a scarf displaying every single colour of the rainbow. ‘Milan isn’t that grey,’ she contradicts, over a piadina. ‘Do you know that there is a place in the old navigation canals of Milan full of frogs that sing all day long?’ I immediately forget half my questions.

Little girl who wanted to be a scientist

Arianna gazes at the stars with a notebook in her hand, as I discover the different places she has been, and where she has lived since: Udine, Milan, Paris, Turin, and back to Milan. The cartography of her life includes a part of former Yugoslavia, which makes sense since she was born behind the border in Udine.

Bonazzi makes neither judgements nor distinctions. The relationships between things and phrases that she looks for unites the various European cities that she's been to, and from where the experiences and stories have emerged about - she writes about cinema, cannibals and poetry. ‘Turin is a little like Paris, when I think about it,' she muses. 'I have found some similar sensations on the Barbaroux Road in the Piedmont capital or outside on the Parisian metro line 2.’ Bonazzi spent two years at a creative writing school called the 'Holden School' (after JD Salinger's famous character). It has been described as an 'outpost of Turin's cultural scene,' and she defines it as a ‘kind of laboratory to make us feel better, to see the world in a different way.’ The project was created by the brilliant mind of writer and performer Alessandro Baricco, who has worked with French electronic duo Air. 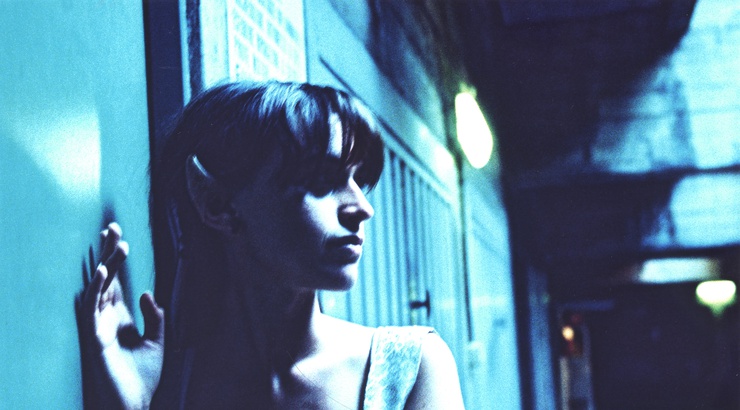 Arianna holds the key that allows her to watch her success with a new gaze: it is partly a natural gift, part weariness and a little bit of both. And so, following a diploma in communication sciences, Arianna is back to questioning things again. That is why she applied to study philosophy of science whilst working. ‘It’s a different focus,' says the girl who wanted to be a scientist when she grew up. 'Numbers don’t excite me as much.' The protagonist of her first book Les Adieux ('The Goodbyes', 2007) is a girl who totally simplifies the world to the point of reducing it to almost incomprehensible features; not just a narrative ‘I’. The book's chapters are entitled using cryptic mathematical formulae: ‘All’, ‘All+one’, ‘All+one-two...’  ‘Yes,' Bonazzi continues, 'but if you write 'All+1-1’ in maths it can be simplified to ‘All’, as simple as that. I mean to say that before we were ‘all’, then someone comes and someone else goes. Quite simply, we are always losing something.’

Bonazzi’s is a wonderfully simple writing - it seems untranslatable. ‘As a translator (of English and French - ed), I don’t believe it is. I like to do the translations of my own work myself, into the languages that I speak. In the other languages, I believe that the vanity of being translated overrides the risk of the betrayal inherent to each version.’ But isn’t she frightened of revealing herself before a potentially much wider audience? ‘It’s true, I've written everything in the book, or almost, but the awareness that there is always a transfiguration allows me to be sure of not having exposed myself too much.’

In her book, there are things about herself, of course, but also a great deal about her teachers at Holden. She addresses them with a term more suited to other times, and used with an extremely deep respect: ‘maestro’. On the limited list, there is also room for Alessandro Baricco and a former secondary school teacher with whom she shared a great friendship. The maestro Baricco has the conviction that she also shared: at 25, she reached the moment to embark on a project. Which often, for a writer, equates to saying: ‘had the idea for a novel. That is why I want to make it on my own.’ Bonazzi heads away down Sempione street, towards the grey palace with its electromagnetic waves, carrying colours and sounds to the households of central Italy.