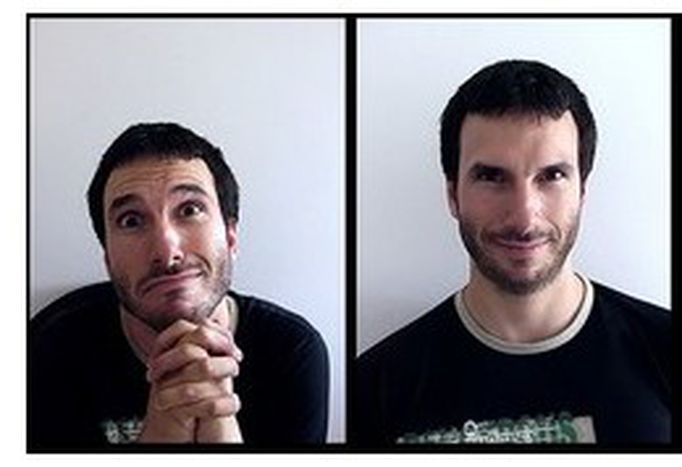 Are you young, employed and on the move?

As a consequence of encouraging young students to travel the world, it's necessary to expect that many of them, inspired by the itch to travel, decide to move away and work. How do they manage? 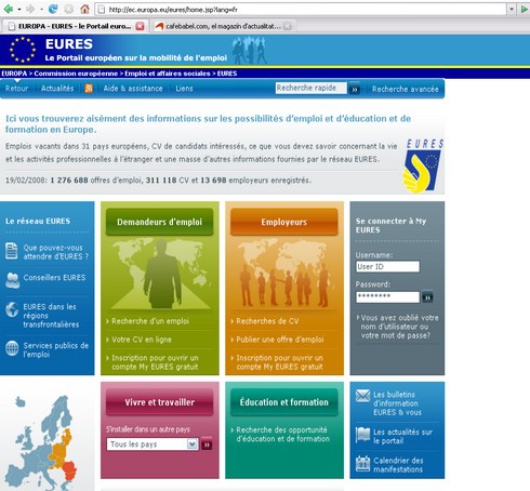 'Job mobility in Europe is starting to take off,' assesses Jimmy Jamar, who is responsible for the mobility of workers at the European commission. 'The numbers are highest among young workers who seek their first jobs outside their countries of origin.' Therefore, in these last few years, young Lithuanians, Latvians and Poles have moved to western Europe in order to gain their first professional experiences. Destinations: the United Kingdom, Ireland or Sweden, the European countries that are the most welcoming and eager towards young recent graduates.

Since 2004, a million workers of all ages have already expatriated. However, in this case, it's not a brain drain or human capital flight; their moves are temporary. It has not been detrimental to their countries of origin; on the contrary. 'Eastern nations have been a bit deprived of their qualified workforce, but young people have been returning since 2006. They come back with a positive experience in their pockets, as well as the means to reintegrate into the labour market.'

To enrich oneself professionally is to enrich one's country. So it's not surprising that European nations are bending over backwards to bring the job offers to workers for employers. For the 16 million unemployed, 3 million jobs are not supplied in the EU. To encourage the mobility of workers, the commission has put into place an internet site filled with information on different employment laws in Europe, and all the needs in terms of each workforce of every country: Eures, the European portal for the mobility of workers. It has more than 1.5 million job offers and 300, 000 CVs online. It's an impressive tool, translated into 25 languages, to crack all the obstacles associated with having a transnational career. 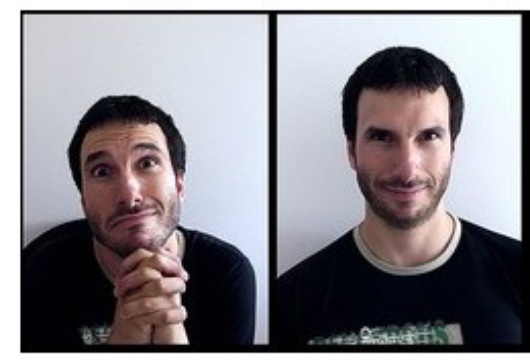 Expatriation, as we hear often, is a headache. 'People are not mobile when they are not well informed,' continues Jimmy Jamar. 'They have problems with administrative matters.' Veronica Gonzalez de la Rosa is 23. The Spaniard works as a translator for a French company near Lyon. She got her CDI contract (which in 2006 represented almost 90% of employment contracts) within two months.

'I got lucky. Even the young French people here sweat blood to find a job in the beginning! Certainly, in the beginning, I didn't understand everything, but the labour market in France (35 hours, holiday pay, taxes) was well explained to me. But I have to admit that it took me some time to understand the social security system, or the mutuals!' the young employee recalls. 'Mostly because it doesn't work the same way here that it does in Spain. For example, when we go to the doctor, we don't have to think about bringing our credit cards or our cheque books to pay at the end.'

Unmarried and without children, the road seems fairly smooth for young professionals. Even more so for those who have Erasmus status. After a year of studying in Edinburgh, Susanne Velke has just been taken on as junior consultant in a company specialising in energy. 'The most important thing is to stay active and to show your capacity to take initiative,' says the 25 year old from Germany. 'I always wanted to live and work somewhere else. After I did my Masters, I sent in an application for a job on the enterprise's website, just to see what would happen. They called me in for an interview, and offered me the next job opening!' 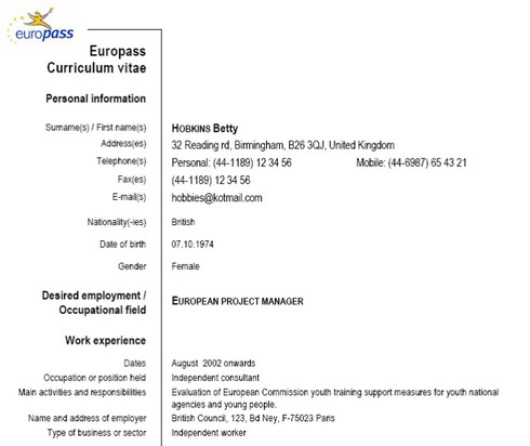 To make EU recruitment easier, the commission came up with an EU CV

In an international job agency very close to Bastille in Paris, French advisors specifically help people to find work abroad. 'Generally, employers ask for at least two years of experience. Offers for young graduates are not the ones we dispose of the most,' cautions Laure Detalle-Moreau, communication chief. 'However, foreign, Francophone or other companies focussed on the French market could be interested by French profiles. It's then possible to make spontaneous candidatures. That works as well.'

Before leaving, it's essential to prepare the trip well. 'A project has to be coherent. We warn visitors by telling them that mobility is a life project. And that they also have to think about their return : knowing how long they will be gone, and to make professional connections, if possible, for their return.' To know a return date ... For Jimmy Jamar, those are the conditions to aid initiatives to make this work. Culturally speaking, the jump between the two employment markets isn't a big one 'I had a job interview in Germany,' recalls Suzanne, 'and because I was living abroad for a while, I didn't have the technical vocabulary of my field in German; that was pretty hard. I would move back but this isn't going to happen any time soon because I enjoy living abroad too much!'

Finally, even if the venture seems complicated, it's still positive. 'Professional experience abroad is different than an Erasmus year. Here, I didn't have contact with anyone except for the people who live here,' concludes Veronica Gonzalez de la Rosa. 'That situation really allowed me integrate into a different society, to do as the French do, while keeping my own culture and roots. Personally, it's enriched my life a lot.' What's left is to bring this opportunity to less qualified workers who, for the moment, are excluded. So as to avoid creating a Europe, with a mobility of two speeds.

Countries who accomodate the young expatriates

Young people from southern Europe are generally less interested in the idea of leaving home to work abroad, according to those in charge of 'mobility' at the European commission. As for Germany and Austria, they're among the countries who are farthest away, psychologically speaking, to accommodate foreign employees.

In contrast, the UK, Ireland and Sweden have the least restrictive laws, Laure Detalle-Moreau confirms that 'in any case, for young French people, Ireland and the UK are the two most frequent destinations. Posts filled are often within the hotel and restaurant business. The mentality is different : they hire and headhunt easily as well. Employers give people opportunities to progress, and they favour knowledge more than diplomas.'