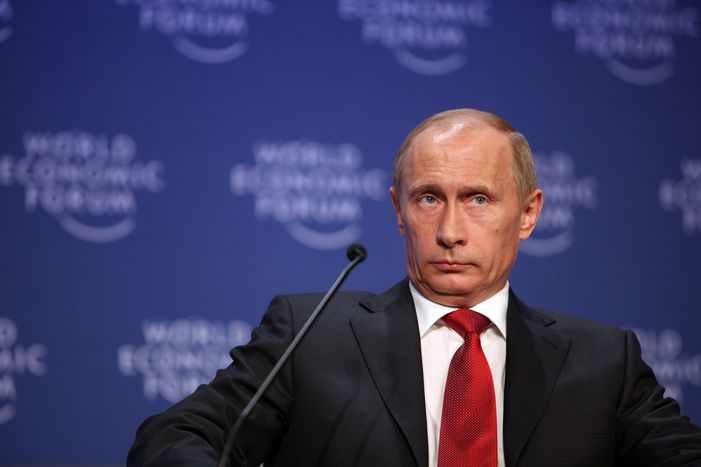 Are we living a new Cold War?

As we follow the recent worldwide developments we can’t help but ask ourselves: is History repeating itself? We witness now the biggest tensions between the West and East since the Cold War. But the similarities have become even bigger, if we look at the other side of the Atlantic, as well as to the Middle East, with the United States sending troops to Iraq.

The relationships between Russia and the West are freezing, with the European leaders condemning Putin’s order of sending tanks to Ukraine and his motionless stance. In fact, following the G20 Leaders’ Summit last weekend (15-16 November), in Brisbane, Australia, Putin was strongly criticised and once again, he turned his back away saying that he was going back to Moscow, “we have completed our business,” said Putin justifying his departure.

A few weeks ago, Russian jets were seen and immediately intercepted over European airspace, raising doubts and suspicions about what Putin is up to. Later, four Russian warships entered international Australian waters, close to the northeast coast, immediately attracting three Australians warships to ascertain. The peak of this ideological war happened when President Putin condemned the United States and its meddling position as an international actor. The Russian President has clearly left a hostile message to the United States. “Is it the exceptionalism of the US its way of leadership beneficial for everyone? And its constant interference on the world’s affairs brings welfare, progress, democracy? Should we stand still and watch? I allow myself to say that it’s not like that. Not at all,” threatened Putin, during the meeting of the Valdai International Discussion Club.

If we put all the puzzle’s pieces together, we know that something very fishy is going on and that Putin’s speech was definitely a threat. The international community has been sanctioning Russia over the Ukrainian invasion led by Russian troops that began in March 2014. Putin’s desire to control the Eastern regions of Ukraine is so hefty, that is leading towards a new “iron curtain” which can have terrible repercussions for Europe and the world.

European leaders are not being mild towards Putin. In the United Kingdom, Prime Minister David Cameron tried to adopt a more diplomatic way of approaching stubborn Putin by saying "if Russia takes a positive approach towards the Ukraine's freedom and responsibility, we could see those sanctions removed.”

France is also in this amalgam. At stake is a Mistral-class assault warship retained by Holland’s government over concerns about Putin’s involvement in the situation in Ukraine. Russia has demanded the handover of the war machine by the end of November.

Meanwhile, Russian Ilyushin transport plane was seen, once again, flying into international airspace in Estonia and Lithuania, without an official flight plan. They were intercepted by two Dutch F16 fighter jets. As a reaction to the growing military activity in Ukraine, Britain’s defense ministers, as well as the three Baltic States and four Nordic countries, have all agreed to enlarge intelligence and air force cooperation.

Analogy with the past? 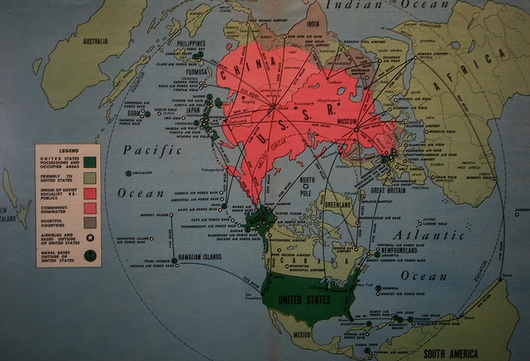 This is not the end of this two-sided hostile and defensive history. Similar to the alliances created during the Cold War, strategical pacts are being made today, in the XXIth century. Strategical pacts or defensive alliances, the truth is that recently the United States has reinforced its partnership with China and Iran (yes, Iran).

With China, Obama is about to make a deal concerning a trans-Pacific trade which would eliminate tariffs on goods and services and change labour regulations, government procurement, intellectual property, as well as environmental protections. "What we are seeing is momentum building around a Trans-Pacific Partnership that can spur greater economic growth, spur greater jobs growth, set high standards for trade and investment throughout the Asia-Pacific," said the US President. Moreover, the two world’s largest economies have agreed to grant visas to each other's citizens valid for up to a decade in a deal that aims to fortify business ties with China.

Meanwhile, Iran and the US are getting closer to a historic nuclear deal, following Vienna talks, which could determine the end of 12 years of deadlock over Iran’s nuclear programme. However, this alliance is making too many waves, as France, one of the six nations involved in the negotiation (US, UK, Germany, Russia and China) is more opposed to nuclear concessions and Iran itself has said that the deal is possible but "excessive demands" by the west could derail chances of an agreement.

Nevertheless, the US has already secured its alliance with China and relies on the European Union for any possible cooperation as well. If the deal with Iran won't be fruitful, then the scenario will be grey. Moreover, we should pay attention, once again, to America's moves in Iraq. Was Putin right on his condemning statement towards the meddlesome US?