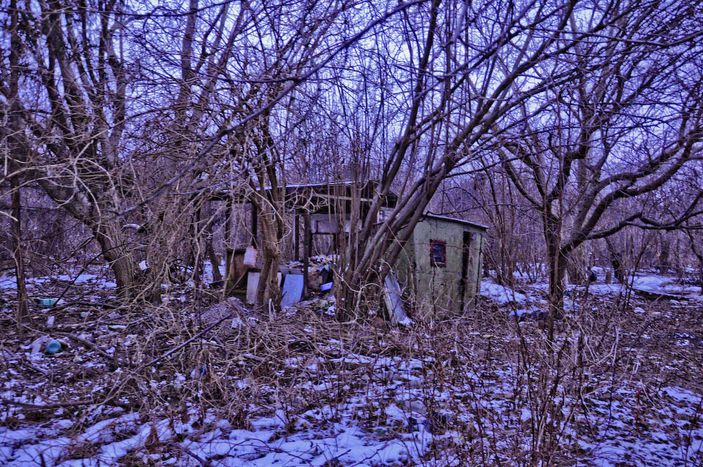 Are half a million people homeless in Poland?

In Poland, as elsewhere, the data does not correspond to the logic of your average statistics; the minister of labour and social affairs states there are between 80 and 130, 000 homeless people, whilst Caritas Poland cites 30, 000 and other organisations number the destitute at 500, 000. We meet one community south of the Vistula river in Warsaw

The problem with figures is compounded by the diverse range of crisis situations. What is a homeless person exactly? A man sleeping in a cardboard box? A woman vainly attempting to heat a derelict house? A begging alcoholic? The homeless people in Poland try to survive, full stop. No fixed address, poorly housed, extremely vulnerable, low-waged workers: there are as many words to describe a life of hardship.

Cold and homeless? Pick up the phone

The Polish government’s political strategy is to invite the population to dial '112' in the winter the moment they see a person in need from their window. At the height of the frost, more than fifty people died of the cold nationwide in the space of a week. Meanwhile, 190 people in adequate housing suffered carbon monoxide poisoning. The rest are put up in heated dormitories. The homeless themselves complain of the reception they receive in certain establishments. 'We are even asked to pay for what we eat – you can’t play with people’s lives like that,' confides one person.

The homeless hide in Warsaw. As in all urban areas, the tram and metro stops become their dormitories by night. But you will only see a handful of them in the city centre. The great majority have chosen the capital’s abandoned terrain as their home. Deserted houses, allotments lying fallow, litter jungles. The southern district west of the Vistula river divides the Polish capital in two parts: rich and poor. The raider, who assists the homeless, must leave the lamplit streets of town and drive several kilometres. 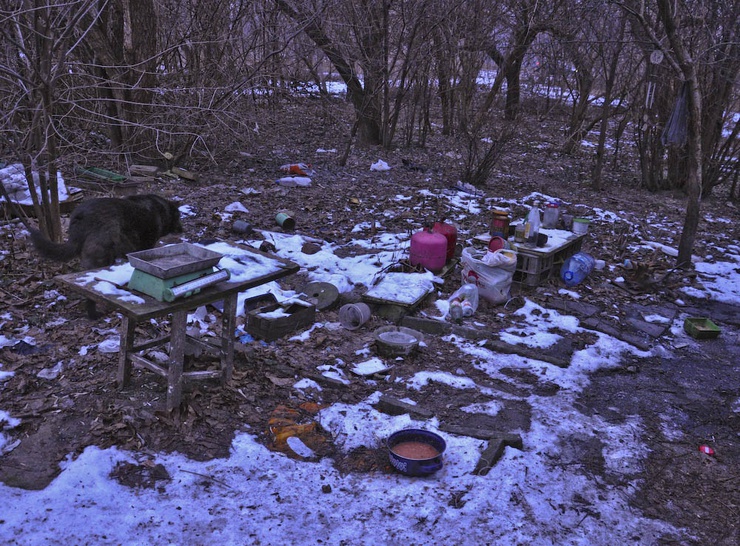 Social workers are forced to park their cars and continue on foot along muddy makeshift paths. Sheltered from the road at the end of some trees is an abandoned allotment, where several homeless people live. Each has their own hut, patched together with any materials available. They have constructed a community life together with their neighbours. It's a semblance of life to help them muddle through, with friendships and fall-outs.

Raiders of the lost arks

'Ah! There you are! Come and help me!' An elderly lady approaches the raider with a saucepan in her hand to be filled with beetroot soup. Her cheeks are burned by the cold, her skin dulled, her trainers dilapidated. She takes the social workers to the heart of her ‘district.’ A dog barks incessantly, but this time it is not the source of neighbourly discord, but rather the pet companion of the man living nearby. 'He leaves his beast outside all night! I can’t take care of my dog and his, you know! That guy always has to complicate matters!' Over his shoulder, the old lady’s spouse nods his head. It's a neighbourly squabble, as we all know them - only here, the couple live in atrocious conditions. At the foot of their hut there is waste of every description: wooden pallets, tins, plastic bags, recycling, trinkets. These people only survive with the help of the raiders who bring them food and offer them care in hostels. However, they want to forge out their own semblance of life, to give meaning to it all. 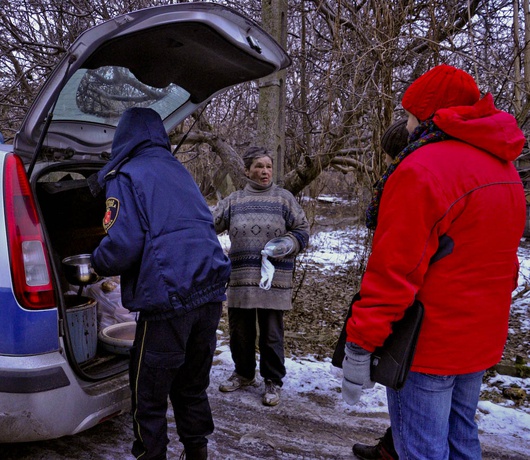 A few metres away, Jadyslaw is entertaining friends. Hospitality is basic, but convivial. Inside the shed a radio drones out the latest hits. The ‘guests’ are piled on top of one another around a drink. Wooden benches are covered with salvaged blankets. A thick woollen curtain is doubled up at the door to keep draughts out. 'Normally there are only two of us here, but today there are quite a few more. I’ve got guests,' explains the man with a hundred wrinkles on his face. 'I live here all thanks to my trolley! I collect tins and cans in the street or from waste disposal lorries and sell them on.' Jadyslaw is paid 4 zlotys per kilo of metal - less than a euro (83 pence). He crosses town from district to district to amass up to twenty kilos of cans: 'I can get loads in my trolley.' Jadyslaw is surrounded by rubbish. Nests of bacteria and other contagious diseases frozen by the glacial winter.

Klaudia, his cohabitant, and their dog and cat do not live on the allotment but in an old abandoned building, a derelict house on the brink of collapse. They squat and try to survive the winter by finding wood for heating, with the constant fear of being moved on from their abandoned dwelling by the authorities. 'It’s really hard to live like this. I have to find wood to stay warm, but there’s hardly any left. Where do I look for it? In the rubbish not far from here. Sometimes I bring a palette, but that’s barely enough for a whole day.' The raider also brings soup, tins, and bread, but not every day. 'To eat I rummage the bins. I don’t always get anything, but sometimes I find leftovers.' The fragile Klaudia battles every day to feed her husband, dog and cat. This is her family, the only thing she has left.