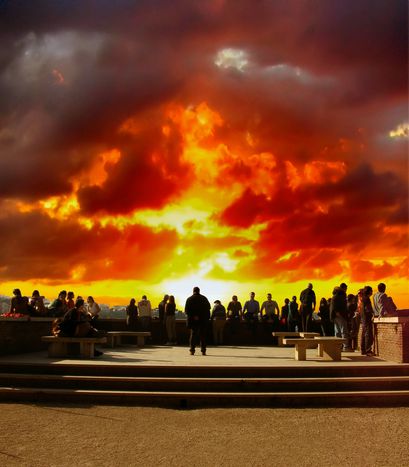 Apocalypse now (because it was already here)

How does the end of the world happen? Does a meteor crash into Earth, or does a tsunami come to engulf us, like the movies show? Does facebook start charging for its social network services? Anyway the apocalypse is already here - it's just that we've been too busy to notice it because we have been tagging ourselves on FourSquare

You're all making a big mistake by lauding the arrival of a certain 21 December 2012. We've had some big pretty signs that the apocalypse is already here, present amongst us. Between the state of the European media, social media and LGBT rights, no warnings flags could be raised higher.

Take the European media ecosystem. Heavyweights like the Financial Times Germany have sunk. More innovative and independent medias such as the French data journalism website Owni plunged into hell after three years of existence, with threats of being sold on. Almost seventy newspapers are about to have lock and key put on them in Italy. 129 journalists working for El Pais newspaper in Spain have just received a thankyou-and-goodbye email, whilst a Greek journalist was famously arrested for publishing a list of wealthy Greeks with Swiss bank accounts.

You have to know your enemy to fight him, it is said. The Germans came up with the neologism 'newspaper death' (Zeitungssterben), to address the real bleak apocalypse faced in its country's news landscape; the weekly newspaper Der Freitag (which publishes some articles of The Guardian in German translation - ed) is also swimming in troubled waters. Even the French might not be swaggering around any longer with a baguette under one arm and a copy of Libe under the other. Recently a new 'equo compenso' ('honest salary') law in Italy has set the minimum wage that a freelance journalist can gain (yes, that did not exist before) – but is the approval of such a law a confirmation that the offices of magazines everywhere will soon disappear?

It all started in Italy with the grand illusions of the government headed by technocrat Mario Monti, which was voted in with great pomp to act as a realistic economic hammer on the brutal wall of austerity. The modern apocalypse has take those five letters forming the word crisis and translated it into a longer single word: precarity. Time for change, cried the French former diplomat Stephane Hessel in his little pamphlet. The young Spaniards and Greeks did, by making the Puerta del Sol and Syntagma Square even more public and iconic spaces, in May and September 2011. In 2012 they kept that thread burning.

Over the year young people tried to find the causes for the crisis in every language they could. Most did not find an answer (not even in sending a public, mediatised letter to a politician in Italy), and so their options were narrowed. What else to do except skip town before the end of the year, to build on the myth of the brain drain (they did indeed have brains, and an extra language to ensure that brain would be understand elsewhere; it was not just about leaving on empty stomach syndrome). Of course I can't not mention the welfare and labour minister Elsa Fornero's alternative patriotic advice to her country's youth: don't be choosy.

For many, the mere evocation of marriage rights for all is a sign of an imminent apocalypse. 2012 saw the return of the spectre of homophobia, accompanied by a side dish of a rise in suicides and violence and other offences. The catholic integrists must have seen their attack on the Ukrainian Femen activists as equal to destroying the biblical city of Sodom. The French campaign Act Up Paris didn't cool down the homophobic miliants who believe god's wrath would be unleashed if marriage was legalised for everyone. The pope's twitter account was about the only modern thing he represented in 2012. 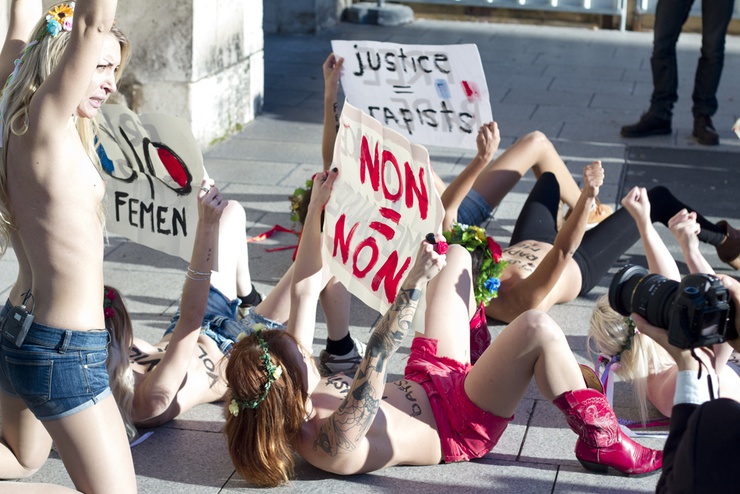 In the US, the national organisation for marriage collected 80, 000 dollars to fight against those who wanted to impose marriage between people from the same on the whole country.' On the Old Continent, marriage has been ratified between members of the same sex in Spain since the mid-noughties; even Italy has shown the best of itself when it comes to such human rights.

It's never been so hard to live IRL (in real life). Scrolling from one facebook profile page to the next of friends and near-acquaintances is one such source of satisfaction. Tracking our everyday movements online is an activity that an estimated 42% of us cannot resist, according to a recent study from the university of Chicago.

Do you have the courage to have a child? Documenting its life from the moment its in the womb until the first tooth is equivalent to completing an act of birth - especially if you then name your child Hashtag. A few likes and signing a virtual petition makes the perfect slacktivist out of us, which Forbes has recognised as one of the figures of 2012. An anti-facebook diaspora has emerged in New York to deal with this social bulimia. The Unbaby Me programme identifies and hides all photos of babies under the age of two year from your social network page. It's a shame holiday snaps don't get the same treatment. A recent Istat survey suggested that almost half of all Italians won't be able to take a week of vacations. The crisis will at least give us that in 2013. So should a real apocalypse come to put a zippy end to our daily miseries, the internet remains the only forum for resisting its own death, for us to send one last message for posterity. 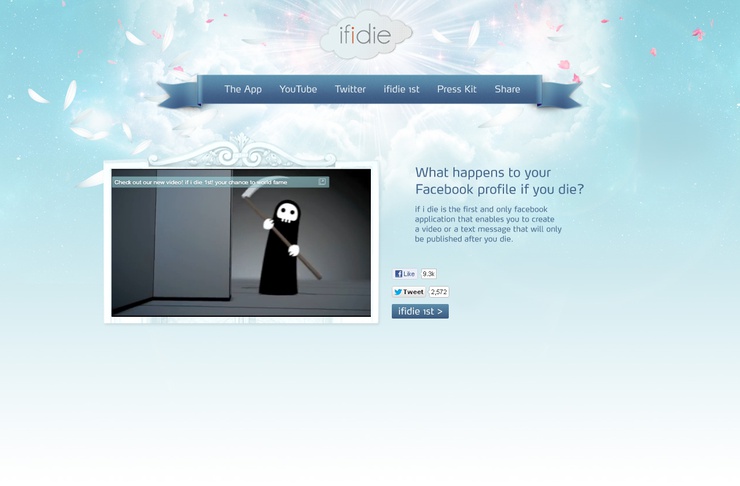