“Apartheid is being practiced towards the Roma”

The paths of the Roma and of Europe are today nearly parallel. According to Paolo Pietrosanti, who represented them in the UN, the Roma are amongst the most “Euro-enthusiastic” people on the continent. 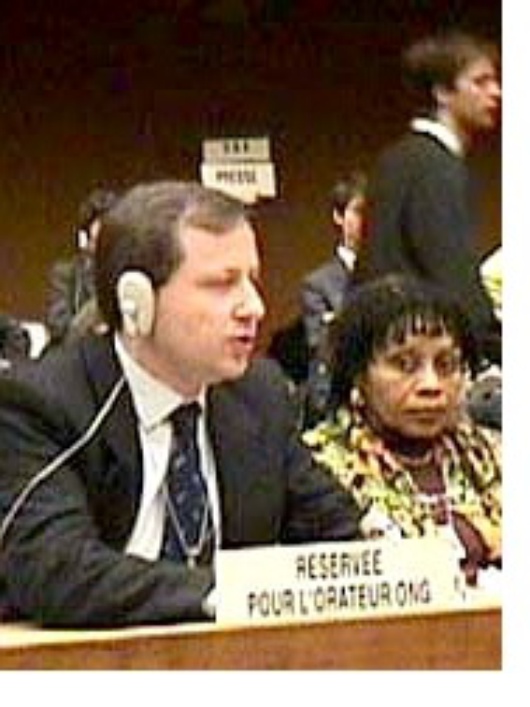 The debate on the European Union is orientating towards a Europe constructed of people, not of States. This is exactly what the Roma, currently the largest ethic minority in Europe, have always endorsed. And yet many of them live below the poverty line and have an average lifespan 15 years shorter than non-Roma. Paolo Pietrosanti, Commissioner for Foreign Affairs of the International Romany Union (IRU) is fighting for their recognition.

Roma like to define themselves as “the first global people”, they deem the idea of the State as old-fashioned and would prefer to identify themselves as a nation. But what position has the Union taken towards them?

The European Union has not yet worked out a common policy with regards to Roma. The Romany people are a European minority and discussing the EU’s stance towards them means understanding where European politics is going as regards minorities in general. Europe has been looking more attentively at the Romany issue for a few years now, dragged along somewhat by the great enthusiasm created by the work of the Hungarian-born financer, [George] Soros, in 2003.

How did this enthusiasm come about?

Soros, founder of the Open Society Institute, brought together at a two-day conference in Budapest six Heads of State and Government, representatives from two Eastern European countries, the then President of the World Bank James Wolfensohn, the ex-European Commissioner Anna Diamantopoulou and dozens of politicians, high-ranking representatives of multinational organisations (from the Council of Europe to the UNDP, UN Development Programme), heads of Roma and non-Roma Non-Governmental Organisations (NGOs), and journalists from Eastern Europe (very few from the West). His victory was to manage to make eight Eastern European governments, the World Bank and indeed the European Union promise to jointly launch, from 2005 to 2015, the “Decade of integration of the Roma people”, with conditions and financing to be arranged.

For the moment what has been outlined? Has the European Union, which emphasises the aim of “guaranteeing all its citizens equal access to education, work and health”, scheduled specific programmes relating to Roma?

The specific programmes scheduled have been carried out within the EU member states where Roma live. The EU Phare programme foresees specific measures addressing the integration of Roma. In addition to economic and social reconstruction, the Phare programme puts particular emphasis on the integration of ethnic minorities and on the requirements of users of minority languages in Central and Eastern European countries, for example Yiddish and the languages of Roma gypsies and Sinti. In my opinion, there ought to be a “Commission for the Roma question” to tackle such an important question.

A few years ago the IRU launched its proposal for European citizenship for the Roma, something foreseen for everyone in the Treaties of the European Community. Was it welcomed?

Not only wasn’t it welcomed, but from the word go it even aroused a certain amount of distrust. In reality, what we support is the severance of the connection between State and Nation, a binomial name that often in history was at the roots of massacres. In 2000, when we submitted our proposal, times had not changed and Europe still predominantly thought of itself as being made up of States. But between 2000 and 2002 myself and the then President of IRU Emil Scuka met twelve European Heads of State and Government who showed great willingness and concern regarding our vision, which develops the idea of a European Union made up of peoples rather than States.

80% of the world's Roma population live in Romania, Hungary, the Slovak Republic, the Czech Republic and Bulgaria. What has changed for them, or what is changing, with the entry of each of these countries into the European Union?

The process which has led to the entry into the EU of some Eastern European Countries, where a high percentage of Roma live, has led these governments to stop some forms of discrimination which have come to be expected in those systems. But even now it continues, it’s an everyday occurrence, a kind of apartheid as regards Roma.

Roma claim the right to be recognised as European citizens, rather than citizens of the various states in which they live. As such, the Roma seem to be amongst the most euro-enthusiast populations. What is the added worth that they can give to Europe?

The Roma can help Europe consider where it is going. This is the key for inserting the Roma question into the Union debate. It’s a very important match where what is at stake is the ability to overcome states’ selfishness and legacies, all those things that prevent the expansion and formation of a true union of populations which work out consistent policies with common objectives.