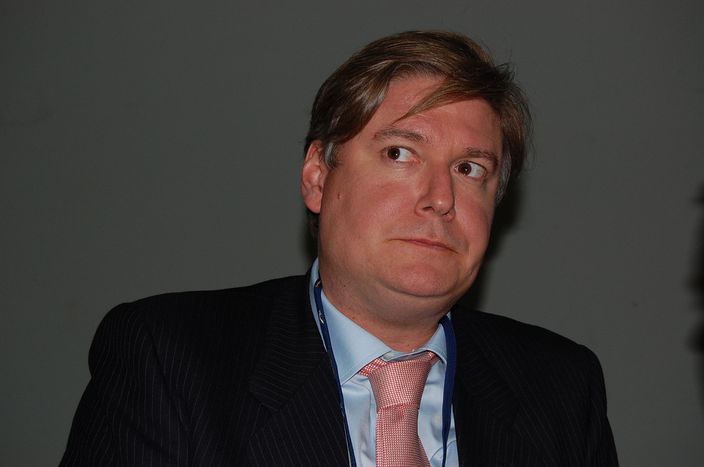 Antonio López-Istúriz White: 'not looking into taking in the Irish Fianna Fáil party'

For the European elections in June 2009, the experts predict a third consecutive victory for the European people’s party, albeit with a lesser majority. The conservatives have to recover from the split with the Tories, announced by William Hague, as well as the changes that this crisis has caused in their electoral programme

The Spaniard Antonio López-Istúriz White, 39, is the secretary general of the European people’s party (EPP). Coming out of the latest EPP congress, which he himself has organised in Warsaw, López-Istúriz White expresses his confidence that the conservative family will maintain control in the main European political institutions between 4 and 7 June, the dates of the European elections. The support of nuclear energy and labour flexibility as well as European preference, at the time of bringing workers into the EU, are strong signs of his EPP identity coming up to the elections. We grab him at the palace of culture and science.

What outcome are you seeing from the five-year mandate that has just ended?

It is a positive outcome, but that won’t be enough. The European parliament is gaining more and more influence with the European institutions, but the European citizens are not conscious of that fact. Despite the fact that most of the legislation that reaches our citizens originates here, they still believe that the European parliament is of no use and only deals with policies that are on their way out, but this just isn’t true! Here you can find genuine politicians who are fighting for their national interests.

What has caused this distance between the population and the EU parliament?

Firstly it is due to the language used in parliament. It is very complicated, technical and ‘European’ and people don’t understand it. You would need a masters degree to be able to understand terms such as ‘community acquis’. This jargon filled language started so that all the European translations would use the same terminology and it has brought back many antiquated words.

Secondly we are not managing to really sell what we are doing in the EU parliament. It is important in politics that people know what you are doing. Not for reasons of party or personal pride and glory, but so that the electorate is informed and is aware of the advantages that the EU can bring for them. European citizens are not aware that a lot of good comes from the European parliament. Now that we are in times of epidemics, we must highlight the importance of the coordination and cooperation already in existence in Europe - and this thanks to legislations that have come out of this parliament.

Was the outcome of the mandate positive for the EPP?

We have held the majority in parliament for the past five years. We have had the presidency of the European parliament with the German Hans Gert Pöttering, the presidency of the European commission with the Portuguese José Manuel Durão Barroso, and we have also held the majority in the European council. We have enjoyed an overall majority. Now we are set to regain the majority if the polls are accurate. This gives us a great sense of responsibility. The past five years have been positive, but of course we have not had to face the crisis in the middle of which we now find ourselves. The scenario is changing and for this reason we introduced changes in our programme at the EPP congress, relating to economics, employment and the pension system.

The programme speaks of labour market flexibility. Will they combine it with security, to talk about flexicurity?

This might work in some countries but not in others. I think that we have to respect the legal frameworks and the workings and habits of each country. Labour flexibility is a very important topic. It must be analysed according to the philosophy and culture of each country. 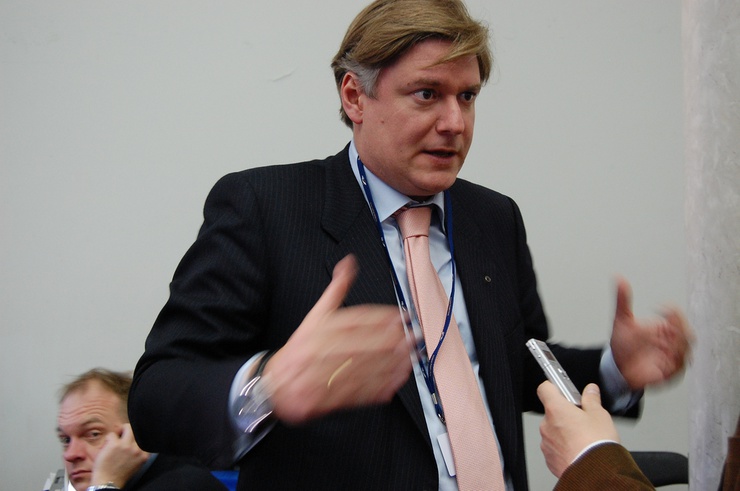 Do you agree with the EU’s promotion of the use of nuclear energy as a tool on the fight against climate change?

Some countries like Austria are really against it. Others like France are in favour. In the middle are countries like Spain that have not yet reached a decision. The debate has to be opened. The EPP is in favour of nuclear energy, but will respect each country’s market.

Do you agree with European preference, at the time of bringing workers into the EU, just as it is defended in the EPP’s programme?

We are in an interior market. Thousands of Romanian and Bulgarian citizens will come looking for work in the western countries, as happened in Spain in 1996, to be able to work in the EU. So it is necessary to create an adequate framework so that the free movement of workers does not create problems in the host countries.

How did the EPP take the announcement that the Tories wanted a friendly separation?

I suspect that they announced this so that they can come back after the elections. It is difficult to form a political party and although it has been achieved, it is with parties or people of doubtful intentions.

Can you give an example?

People like the Kaczyńskys (president Lech and former prime minister and current opposition leader Jaroslaw - ed), or people who despise homosexuality. People with strange approaches and ideas can cause a lot of controversy in British public opinion. However we are happy for them to come back to us whenever they are ready. They are part of the family and they have left only because of a promise made by opposition leader David Cameron to his group in the UK.

In the meantime, are you going to take in the Irish Fianna Fáil party?

We are not looking at this possibility at the moment.