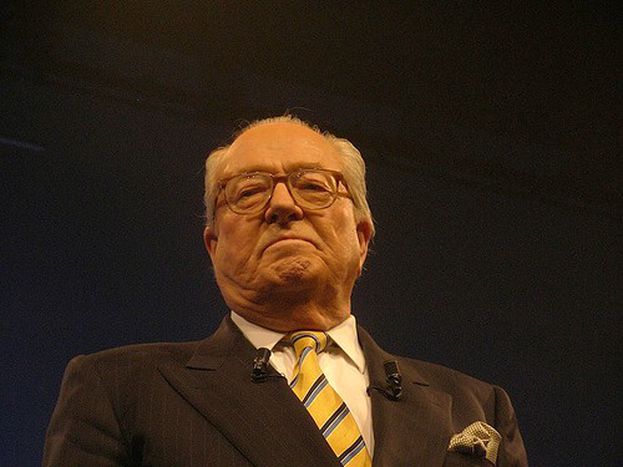 The French nationalist, now in his eighties, is the oldest MEP. As such, if he is returned, the honour falls to him to chair the inaugural meeting on 14 July. However his revisionist assertions, repeated many times, disturb his fellow euro MPs. What action can be taken when European democracy is tainted with extremism?

MEPs are seething in the corridors of the European parliament (EP). Jean-Marie Le Pen, founder and president of the French national front, will celebrate his 81st birthday this August. If re-elected, he should oversee the inaugural session on 14 July. His controversial comments on the second world war are shocking. Martin Schulz, chairman of the party of European socialists has even said, ‘A Holocaust denier cannot be the eldest member of a multinational parliamentary assembly.’ As a result, the MEPs are rallying round to sedate - if not silence - the extremists.

The party of European socialists (PES) as well as the European people’s party (EPP) justifiably, have introduced an amendment. Quickly dubbed ‘anti-Le Pen’, it would reform part of the internal legislation. It would make the provision of including the next term of office. This means that the chair of the next inaugural session would not be the eldest, but another MEP. According to the following order, this would be the outgoing president, the German Hans-Gert Pöttering, then one of his other vice-presidents. If none of these MEPs are re-elected, the next chair of the inaugural session would be the euro MP with the most ‘seniority’; a slight difference.

Dieudonné and his ‘anti-Zionist’ voting lists 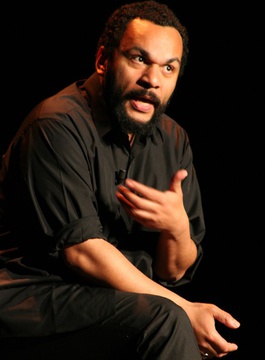 In France as well, attempts have been made to ‘quieten the voice’ of problematic extremists. One example of this is the 'anti-zionist and anti-communitaurist' voting lists of the French comedian Dieudonné. The media-friendly agitator, 43, (Le Pen is godfather to one of his children), has been condemned several times for ‘incitement to racial hatred’. He already introduced himself to Europe in 2004 (as a candidate for the extreme-left ‘Euro-palestine’ party). The higher reaches of government have tried to ban his lists of candidates. ‘Dieudonné’s career is based exclusively on anti-semitism,’ says Claude Geant, the general secretary of the Elysée palace, in justification.

'Dieudonné’s career is based exclusively on anti-semitism'

Looking beyond this example in France, extremism worries Europe as it promotes its democracy internally as much as it does outside its borders. In 2007, the European parliament adopted a resolution calling for a ‘combat against the rise of extremism in Europe’. Though inside the chamber, the solutions are not always clear for the candidates as well as for the MPs, because various legal problems arise. A candidate’s participation in an election has never been banned. There is nothing concerning policies among the official criteria for putting oneself forward as a candidate. The law of 7 July 1977 that governs European ballots ‘does not make provision for the banning of a candidate, other than the non-compliance of eligibility conditions or parity rules.'

Today, the parties considered as extremists are to be found under ‘non-attatched members’ (due to a lack of numbers, as twenty MPs are required in order to form a political group). They are well represented in the European parliament and do not go unnoticed. In 2007, the short lived extreme right-wing group identity, tradition and sovereignty brought together various groups, amongst them, the French national front, the Belgian flemish block (Vlaams Blok), the greater Romania party (Partidul România Mare, PRM), a British party and Alessandra Mussolini. The Italian dictator’s granddaughter’s controversial remarks about the Roma people led to the rapid dissolution of the group. On a similar note, in 2008 the Bulgarian MEP Dimitar Stoyanov, part of the extreme group the national union attack (Natsionalen Sǎyuz Ataka), remarked  that were anyone interested, he could inform them where in Bulgaria you can ‘buy’ 12-year-old gypsies. A recent survey showed that 9% of the Bulgarian population could vote for this political party in June.

The European elections between 4 and 7 June could see the arrival of several extremist MPs. Among them, the Dutchman Geert Wilders, leader of the party for freedom (Partij voor de Vrijheid, PVV), considered as the new Pim Fortuyn (an extremist leader assassinated in 2002) is in good standing in the polls. He is also the writer of the islamophobic film Fitna, completely opposes Turkey’s accession of the EU and in 2008 declared that ‘Islam was not a religion but the ideology of a backward culture’. Notably, he advocates the removal of Romania and Bulgaria from the EU as he considers them to be ‘corrupt nations’. All of these extreme parties denounce current European policy and share common demands. These include, an end to immigration, a return to a ‘Europe of the nations’, when it’s not an appeal to even greater nationalism and generally limiting European affairs to a simple economic cooperation.