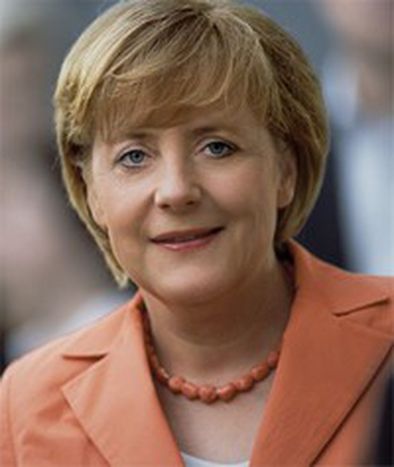 Angela Merkel, not your average politician

The story of conservative candidate Angela Merkel’s rise to power is anything but ordinary. Some 32 years ago, in the midst of Cold War hostilities, she embarked on a Physics course at the University of Leipzig. After having graduated she decided to remain in the academic world, working as a researcher for the Central Institute for Physical Chemistry. And so it is that this year’s Christian Democratic Union (CDU)/Christian Social Union (CSU) candidate for the post of chancellor did not become politically active until 1989, when she joined Demokratischer Aufbruch (Democratic Awakening), a new East German party pushing for democratic reforms. It was only two months before the re-unification of Germany in 1990 that she joined the CDU, and yet within a few months Merkel was appointed to her first senior role, becoming Minister for Women and Youth in Helmut Kohl’s cabinet. Her other positions include Minister for Environment (’94-’98), CDU General Secretary (’98–’00) and leader of the CDU (’00 onwards). And now she is likely to become the first woman to lead Germany since Empress Theophanu in the tenth century.

As the daughter of a Lutheran pastor, religion was spoon-fed to Merkel from an early age and her Christian persuasion plays an important role in her political decision-making. Being an atheist would have made it “much harder” for her to carry ultimate political responsibility, she told German reporter Hugo Müller-Voggs. Nonetheless, Merkel has been fairly liberal with regards to such divisive issues as stem cell research and bio-ethics as well as gay rights. Aside from the Protestant teachings of Luther, Merkel is also acquainted with the beliefs of another of her famous countrymen: Karl Marx. As a small child in the communist German Democratic Republic (GDR), she even had her bicycle stolen by Soviet soldiers. Merkel’s experiences under the totalitarian regime have had a big impact on her life. As journalist Roger Boyes writes, “Merkel is a product of communism …her instincts, her distrust of men, her nose for conspiracy. Even her career seems to follow a very personal five-year plan.” Even so, politically speaking, the Ossi (East German) is as far apart from communism as she could possibly be. The CDU/CSU coalition has always been dead set against communism, socialism and all other ‘red’ ideologies. This is neatly summed up by one of its old campaign posters bearing the slogan ‘The way to Marxism is the way to Moscow’.

It is no surprise, then, that Merkel defines herself as the antithesis of everything the current Social Democratic government stands for, even if she and her party supported the ‘anti social’ reforms for which current Chancellor Schroeder is so criticised by those on the Left. On domestic issues, the CDU leader’s main priorities are to bring about market reforms in the health care system, to lower labour costs and to simplify the tax system. In other words, Merkel hopes that diminishing government presence will help boost Germany’s lingering economy.

The election of Merkel would also result in a new era for international relations. In an informal meeting, the opposition leader told Chirac, the current president of France, that she believes that although the strong ties between France and Germany are important, they “cannot be at the expense of other countries”. Here, she is pointing to relationships with Poland, the US and the UK, the latter two of which have been under considerable strain since the second Gulf war. Indeed, Merkel’s vision for Europe is very similar to that of Blair. She wants the EU to establish itself as a complement, not a competitor, to the US. As regards the East, Merkel has insinuated that, if she wins, she will confront Russian President Putin on his anti-democratic style of government. Not only would she be the first chancellor capable of communicating directly in Russian with the President, but her criticisms would be in contrast to the friendly relationship between Schroeder and Putin.

On numerous occasions the opposition leader has been compared to Margaret Thatcher, the prime minister of the UK from 1979 to 1990, and the German press has taken to calling her ‘The Iron Lady’, ‘Iron Girl’ or even ‘Maggie’. The connections between Merkel and Thatcher are indeed striking. Both politicians started out as scientists, with Thatcher taking a degree in Chemistry in Oxford. Both are conservative neo-liberals and have successfully built up a career in a male-dominated party. Margaret Thatcher managed to win back power for the Conservative party after it had lost two consecutive elections. Now, it remains to be seen whether Merkel can do the same.