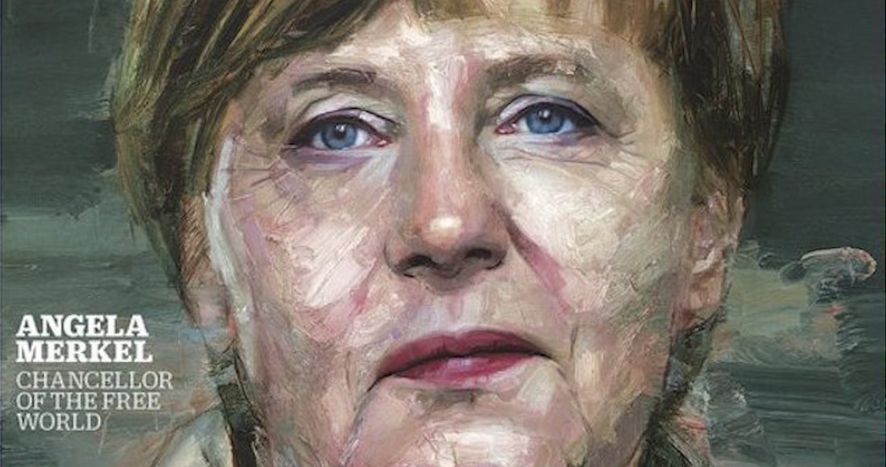 Angela Merkel is "Person of the Year": What does Europe think?

German Chancellor Angela Merkel has been named Time Magazine's Person of the Year for 2015. Merkel has shown strong leadership during the euro, Ukraine and refugee crises, the magazine wrote, explaining its decision. The chancellor's commitment to Western values is exemplary, some commentators observe. Others take the view that she has misjudged the refugee crisis.

Costly lapse for a pragmatist - The Daily Telegraph, United Kingdom

Person of the Year or not, Merkel could soon lose her job due to her misguided refugee policy, the conservative paper The Daily Telegraph believes: "Like Mrs Thatcher towards the end, Mrs Merkel's judgement seems to have been failing her. Her grandstanding over migration was a rare lapse for a cautious pragmatist who prefers to follow public opinion rather than to lead it. ... Konrad Adenauer, the man who rebuilt West Germany after 1945, had the slogan 'No experiments'. Angela Merkel forgot that slogan when she embarked on the experiment of accepting millions of migrants into a country that didn't want them. If she doesn't watch out 'The Chancellor of the Free World' may soon not even be the Chancellor of Germany." (09.12.2015)

Although Merkel's popularity is waning in Germany she was rightly chosen as Time's Person of the Year, the leftist daily taz believes: "In recent months Merkel has surprised many with her apparently new-found and sudden will to take a stance. Yet in its consistency her position on the refugee issue was in fact almost predictable. She believes in the West and its values. She believes everyone deserves the chance to lead a free life in the market economy. … Now Time Magazine has chosen her as its 'Person of the Year', as the 'Chancellor of the free World' because she is willing to defend that faith against anything - against her cabinet, her own people, and naturally against Vladimir Putin. … Merkel represents many things that the average Facebook haters reject: women's emancipation, scientific rationality and a rather musty faith in the superiority of the West." (10.12.2015)

The German chancellor deserves the title Person of the Year, writes columnist Bert Wagendorp in the centre-left daily De Volkskrant: "'Leaders are tested only when people don't want to follow,' writes [editor-in-chief of Time Magazine] Gibbs. That sounds like an adage from times long gone by. What leader subjects himself or herself to this test nowadays? Politicians who dare to take decisions that run counter to popular opinion are seldom to be found these days. The 21st century leader follows the people, he is the people's democratic darling, a cowardly hanger-on who seduces by parroting their opinions. Here in the Netherlands Geert Wilders is the best example, but the phenomenon can be observed around the globe. If the people want hatred, hatred they get. If they want fear, they get fear. Angela Merkel is the exception. … Perhaps she is asking too much, but at least she has the courage to show what she believes in and act accordingly." (10.12.2015)

Translated from Medienkanzlerin: Merkel ist 'Person of the year' 2015