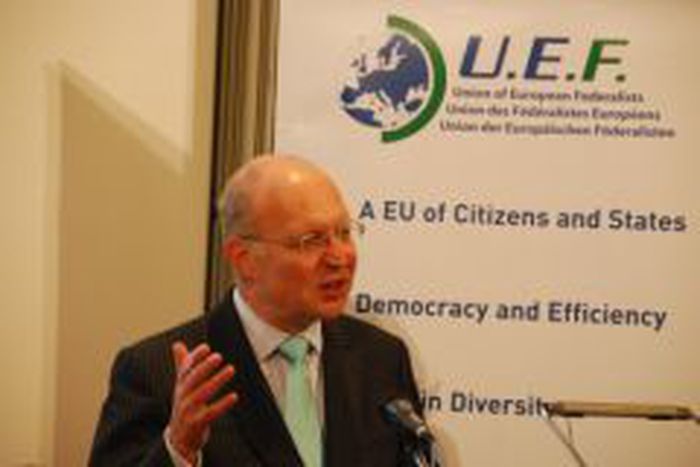 In a statement Wednesday June 3rd, Andrew Duff MEP, President of the Union of European Federalists, says: European citizens should vote in large numbers to support the legitimacy of the European Parliament. Above all, they should vote for candidates and parties which support the Treaty of Lisbon.

Lisbon will transform the European Union into a genuine parliamentary democracy and give it the clout to act effectively on world issues.

Those, like the British Conservatives and the Polish Law & Justice Party, who seek to wreck the Lisbon treaty are condemning Europe to return to its rotten nationalist past.

This election is the opportunity for voters everywhere to show their support for a stronger and better Europe.