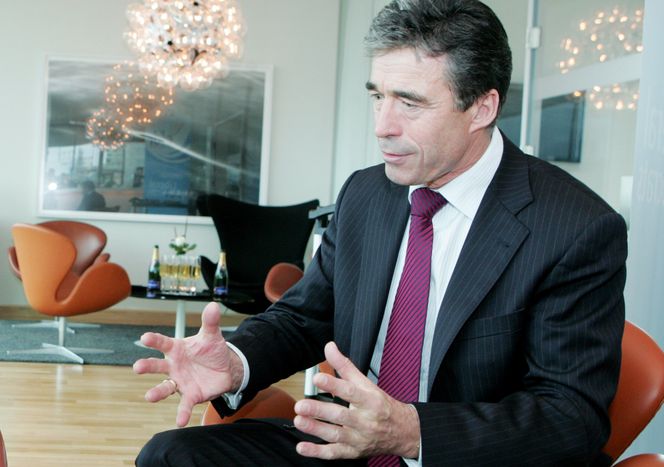 Anders Fogh Rasmussen: why the financial crisis has made Danes more pro-euro

The Danish prime minister was the star of the annual European Liberals Congress in Stockholm between 30 - 31 October. They met to prepare their strategy in view of the June 2009 European elections. Exclusive interview

A majority of Danes seem to be in favour of adopting the euro. There's nothing shocking about that in this time of financial crisis. For the Danish prime minister, Anders Fogh Rasmussen, a liberal among European liberals, there is little doubt that his country will soon enter into the eurozone. ‘The exchange rate between the Danish currency and the euro cannot fluctuate beyond, more or less, 2.25%. We use the euro, but we call it the kroner.’ Rasmussen, a typical representative of this young generation of liberals, came to power at the turn of new millennium. Before the crisis, he insisted that ‘finance needs more controls and more transparency. Not more bureaucracy, but better bureaucracy.’

Human rights are not for shielding religions from criticism and debate

In societal terms, Rasmussen insists on the fact that each individual must be judged in function of their own merit, and that freedom of expression is sacred: ‘Human rights are not for shielding religions from criticism and debate.’ He continues: ‘If we hadn't defended the caricatures of the prophet Mohammed by the daily Jyllands Posten, we would have renounced the principles of European democracy. Self-censure means the end of the debate. Imagine how many museums it would be necessary to close, how many musical groups it would be necessary to silence; Galileo and Darwin would have had to abandon their research, and Monty Python would not have been able to film The Life of Brian. The EU must most vigorously defend individual freedoms, and human rights are not there to shield religions against criticism and debate.’

What efforts is your government making to bring Denmark into the eurozone?

I would like for Denmark to be part of the eurozone, but for that to happen, our constitution requires an approval by referendum. We would like to organise it during this term (2007 - 2011). At this time there is an open debate to evaluate the impact of the financial crisis on the Danish economy and the economic and political importance of our absence from the eurozone. In the economy for example, the Danish central bank had to raise interest rates to shore up the Danish kroner, which then put the brakes on consumption and the economy. In politics: the eurogroup has taken common decisions to save the banks and the economy of the eurozone, decisions that I approve, and which influence the Danish economy without Danes having a say in them.

Is nationalism preventing Denmark from moving more quickly towards the euro? 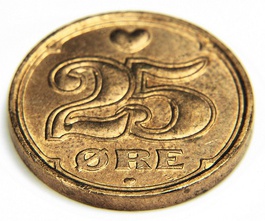 The Danish people are some of the most pro-European of the 27. In 2000, during the referendum organised on the euro, 53% of citizens were against it. The information that I have indicates that there now exists a majority that favour adopting the euro. The financial crisis has a lot to do with it. Up until now, the benefits gained by entering into the eurozone were only theoretical, whereas now they are palpable.

Hasn't it become more difficult to be liberal since the start of the financial crisis?

The crisis is a challenge for European liberals. There are interventionists and protectionists, not to mention the socialists, who would like to use the crisis to set up trade barriers that would protect their national industries. A better idea is to improve regulation in the financial markets without necessarily abandoning free market principles.

Do you believe that flexicurity, the Danish invention that associates ease of firing workers and continual training with sizeable unemployment benefits, could be transposed to the rest of the EU?

It should be possible, but it is difficult to reproduce a model. For example, in Denmark, 80% of employees are union members and unions have a great deal of power in negotiating collective bargaining agreements. Furthermore they are very favourable to globalisation. On the contrary, in France, only 8% of workers are in unions, the unions are weak and have demands that are not reasonable. The government would need to be strongly involved in France, which is not necessary in Denmark.

What do you think about the debate in the European parliament on the possibility of extending the work week to 65 hours in certain cases?

65 hours is a lot. With our flexicurity system the government doesn't have much of a say on the work week. All decisions go through a social dialogue between workers and employers. It's the very essence of flexicurity. I don't think that it's the government's job to say how long an employee should work.

Is it necessary to wait for the Lisbon treaty to be ratified before continuing with the expansion of the EU?

Croatia is first on the list. Theoretically, there are no problems, but reading between the lines, one finds that the treaty advises waiting for ratification before continuing the expansion.

Turkey should be treated like any other candidate country: if it meets the objective conditions to membership, the Copenhagen criteria, then let's go ahead. Reinforcing EU-Turkey relations would be very beneficial, but that's not to say that there should be any shortcuts for those wishing to join the EU.

You have spoken of a European army...

I did not use that term and words are important. I support the creation of a European military force to which those EU countries that wish to could contribute, on the same principle as NATO. Defence would remain a national competency and states would contribute in a voluntary manner to this rapid action peacekeeping force, in Africa for example.

Or perhaps in Ukraine, if something happened?

Let's say that it depends, the situation is not very clear. However, in the Balkans, yes. Currently NATO is present in Kosovo, but they could hand things over to an EU force.