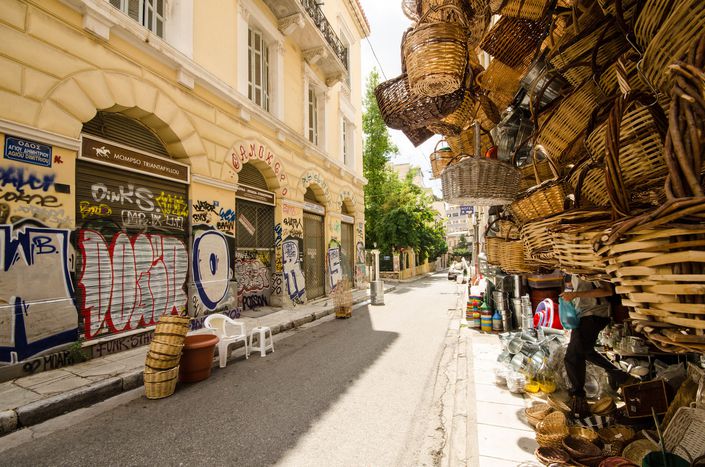 An uncertain future for the Muslim community of Athens

Athens is the last European Union capital without a proper place to worship for Muslims. And yet, Muslims are the main religious minority in Athens. The Greek government had approved the building of a Mosque in 2000. Then again in 2006. And again in 2011. But nothing has been done, leaving the Greek Muslim community with no choice but to pray in makeshift mosques.

One of the main “underground” mosques is the Al Salam Mosque, located in a small street in the neighbourhood of Neos Kosmos. Next to a small Arabic supermarket, the Al Salam mosque was initially a garage and a cellar.

Mohammed Rossa’s family came to Greece in 1982 from Saudi Arabia when he was 8. First, they created a building in 1989, dedicated to the Muslim community, before establishing this Mosque two years later. Today, there are not as many Arabs as there used to be in the neighbourhood:

According to Mohammed’s impression, many members of the Muslim community, like so many Greeks, left Greece a couple of years ago for other European destinations in search of a better life. Something that keeps on being highlighted here in Neos Kosmos is that there weren’t any religious or ethnic pressures to actually influence Greek Muslims’ decision to leave Athens.

Mohammed positions himself as an Arab Greek above any other identity: “If you would send me to Palestine [the roots of his family], I wouldn’t know a thing. I grew up here with Greeks and went to a Greek school. So… it’s in the blood.” 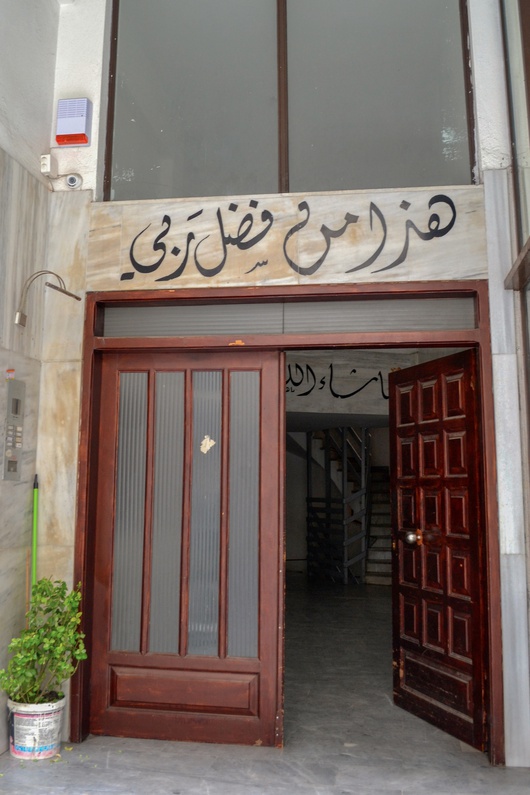 His daughter even learnt Greek before she learnt Arabic. As for the Greeks, he’s never had a problem with any of them. The inhabitants of the neighborhood are like “members of his family”, without any regard to their religion or origin.

Though Mohammed claims he has never directly witnessed any act of racism, he is aware of the tensions dividing Muslim and non-Muslim communities. Eventually, he brings the discussion to recent violence and even killings involving Golden Dawn, the far right political party.

In June 2013 for example, the Golden Dawn Party send a threatening letter to the Muslim Association of Greece (MAG) giving all Muslims, Greeks and foreigners, one month’s time to evacuate the country or be “slaughtered like chickens”. And that was not the first noticeable problem emanating from the right-wing extremists.

A couple of years before, some members of the Golden Dawn were convicted of being involved in the disappearance of more than 100 immigrants and in several attacks on Muslims, for example the attack on a Bangladeshi mosque using a Molotov cocktail.

“We had never heard of them before. Suddenly, they came up and started hitting people, women wearing veils or Pakistanis”, he explains about the neo-Nazi party. Today, he admits worrying about the safety of his family: “My wife is Muslim. She doesn’t wear the veil but when she or my two daughters are out on the town, I constantly worry. I remind them to keep their phones on and call me if there’s any trouble.”

The Muslim Association of Greece

Facing social opposition, the muslim community does not dare to show its religion freely. For Naim El Ghandour, President of the Muslim Association of Greece in Athens, this is a sign of political regress, a roadblock on the way towards a multicultural society within Europe.

This resistance towards Muslim minority is rather surprising for Egyptian-born Naim El Ghandour and his wife Anna Samrou, who is an Athens native.

"We as Muslims are fully integrated. Our children are in Greek schools, we are well-educated and recognised in every aspect of life except when we practice our religion! That is disappointing,” Anna Samrou says, “People are scared to show their religion in public, fearing any negative reactions."

Presenting religious signs in public is not forbidden by the government. Nevertheless, the Muslim community remains discrete in unofficial praying-places. There are 100 to 120 unofficial mosques in Athens.

"We just do not get the permission to build an official mosque. We offered the goverment to fund it by ourselves several times, but they told us that the funding is not the problem“, El Ghandour explains.

According to him, the main political reason behind this is the rising influence of far-right parties all over Europe: “I think that the government would support us, if they would not need the votes of the right wing supporters. Therefore they just cannot offer any social support to any minorities.” 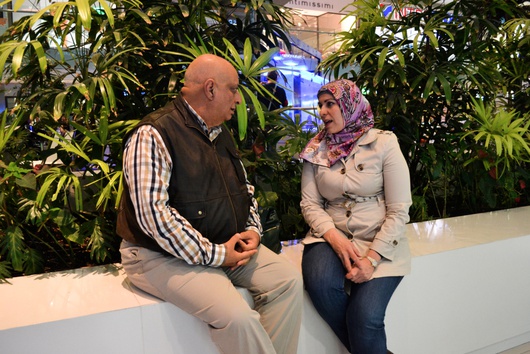 The latest Government announcement to build a Mosque was in 2014, but since then, they have not shown any effort to actually start the project.

Although there is political opposition to building an official mosque in Athens, El Ghandour has not experienced any negative reactions from Greek citizen:

“Personally, there are no negative reactions. The Greek people do not reject us to have an official place to practice our religion. For example when the right wing supporters called for a demonstration against the project of building a mosque, they did not get great support from the people.”

That explains why El Ghandour is still confident about the realisation of the mosque project in Athens. He sees the government’s current stance as a strategy to cope with current financial issues before realising social issues.

However, it remains a challenge for Athens Muslim community; they have to fight for a right, which is already a matter of course in the rest of the European Union. A challenge, El Ghandour is willing to take on.

“It is a political decision - we have to push on! It’s the decision of somebody who has the courage to say: Yes, we have Muslim citizens and we have to support them by giving them the right to practise their religion freely.“ 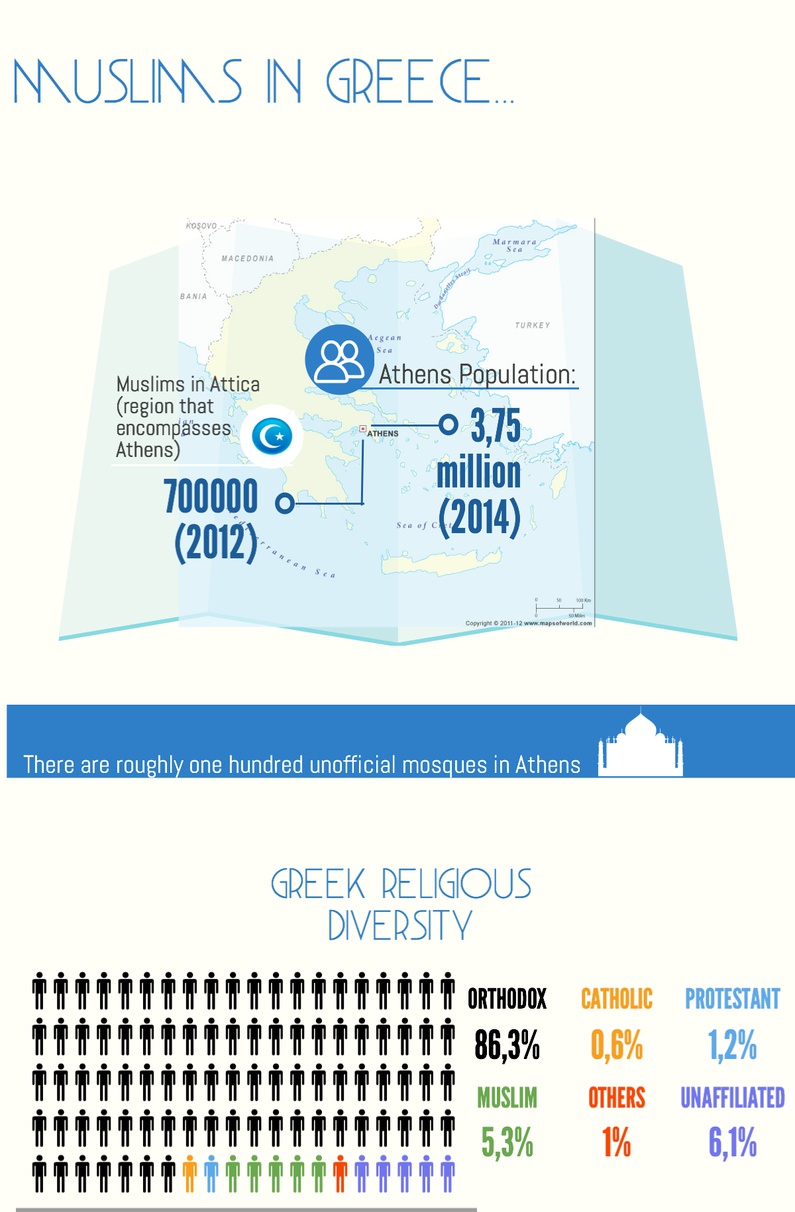 Written by Jennifer Dassy, Saskia Wöhler and Manon Jacob. This article was created through a partnership between cafébabel and the 2015 Forum for European Journalism Students (FEJS), which was held in Athens, Greece from 16-21 April.