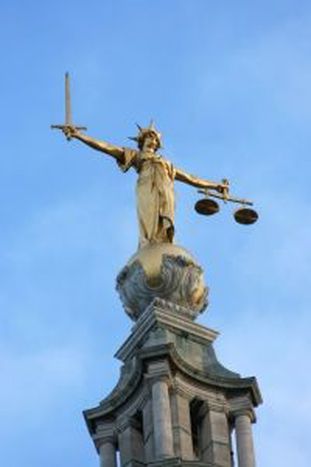 An Area of Freedom, Security and Justice

The criminal justice system of a nation is often a euphemism for its traditions, history and sovereign identity, so cooperation in this field invariably proves a controversial issue.

An Area of Freedom, Security and Justice

As the European Union expanded its external borders and its internal borders fell, it was a natural social consequence that criminality would equally benefit from such free movement. The problem with the idiosyncratic legal traditions of different nations is that they can at times work against one another. For example, with regard to extradition, for many years the French government refused to surrender its own nationals for trial. The impetus for reform has been there since Maastricht, but it is only in more recent times that leaders have sought to construct an Area of Freedom, Security and Justice within the EU. This area was implemented in the 2004 Hague programme, which aimed to establish a common European policy against crime.

Prior to this project, such cooperation was concluded on an ad-hoc basis outside the legal structure of European law. The shift of competence was first seen at Maastricht, where European criminal matters were incorporated within the remit of the EU. Yet these changes proved to be a case of style over substance. These Proposals were not binding, so their adoption was inconsistent and their application virtually non-existent. To some extent this was rectified by the Treaty of Amsterdam, which for the first time included provisions to refer criminal issues to the European Court of Justice.

However, this jurisdiction remains at the discretion of each member state. Legal instruments are binding, but allow states to transpose the principles into national law themselves. This is broadly analogous to the operation of EC Directives, although law to deal with police and judicial cooperation remained confined to an intergovernmental, rather than a supranational framework.

Amsterdam represented an evolution in the way that criminal law cooperation was dealt with, but much still needed to be done. The system has been criticised for being too weak, ‘Potemkin villages’ masquerading as serious law reform.

Yet in the years since Amsterdam came into force it has provided the basis for an innovative and dynamic approach to criminal law in the EU. Significantly, at the Tampere European Council in October 1999, it was established that the principle of ‘Mutual Recognition’ should become the cornerstone of police and judicial cooperation in the EU. In terms of law, this is the principle that countries should respect each other’s judicial decisions. This approach has sidestepped individual national concerns in favour of a Pan-European approach.

Recognition is inherent to the functioning of the single market, yet it is not clear that the European Council have adopted the best approach by extending this principle to criminal procedures. Whilst the politically convenient form that it takes appeals to national governments it appears overly presumptuous. For example, the law on the European Arrest Warrant, whilst placing strict time-limits on the surrender of nationals accused or convicted of an offence in another member state, but is underdeveloped in regard to defence rights and procedural safeguards.

Furthermore, the manner in which decisions are to be respected and recognised across the EU creates scope for anomalous or ‘bad’ laws to be replicated EU-wide. Whilst EU members and candidate countries alike emphasise their respect and adherence for fair process and human rights, there is evidence to suggest that some states fall short of these standards. For instance, in the case of Teresa Daniels, the differing standards of trial justice in Spain and England indicate much work is still to be done.

Too much emphasis has been placed on the prosecution of criminals in the EU and too little placed on the rights of citizens . Furthermore, the legal framework within which these new measures operate does not give sufficient scope for judicial review of the actions of the state.

This is to be regretted and needs attention if the aim of an Area of Freedom, Security and Justice is to be satisfactorily achieved.