After winning hearts by taking part in the French edition of TV talent show The Voice, he now looks set to take Eurovision by storm. Born in Paris, the Israeli-French performer Amir Haddad is among the bookies favourites to rack up some serious points this Saturday. But who is the man behind France's song for Europe? J'ai cherché for some answers.

cafébabel: The modern world can be complex for some people. How would you explain to a child what you do?

I guess I would be happy being a plastic surgeon. I chose the music industry because it was a bit of a shorter path to reach my goal, because I like to make people prettier. I’m not talking about styling them, cutting their hair or doing their makeup. I’m talking about really making someone prettier. If someone is happy with how they are naturally, that's probably the best way to live. But if someone can be helpful, and use their knowledge to make people feel better about themselves... I'd like that job.

The rise of Islamist terrorism, and the people who strongly believe this is the right way to make the world a better place. I just can’t bear it.

Your questions are original! They really force me to think... I'd say that I could forgive impatience. This is how I am myself. I can understand someone who doesn’t like to wait, and who wants to make everything happen faster. 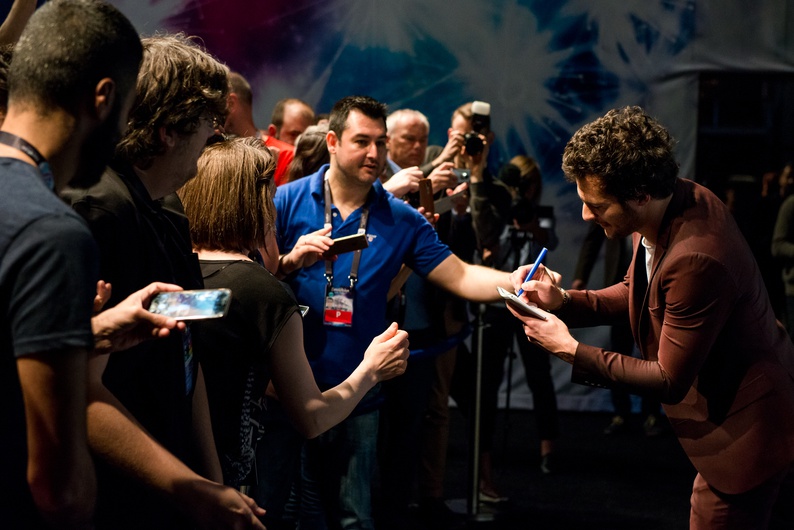 cafébabel: Nowadays it seems the Internet knows everything, but what's one thing Google doesn't know about you?

Aha! It’s weird because I'd actually say that I’m extremely open on social networks. I’m trying to think of the one detail I haven’t spoken about! Maybe… the order in which I soap my body in the shower! I have a soaping ritual; I always do it in the same order. Did you know that?

Wow! I'd say: "Don’t try to miss out on your youth or get old before your time." I think there’s a tendency for kids today to try and make themselves look older, do things that older people like to do, or try to get into places that aren’t for their age group. Maybe it's always been this way. I can understand curiosity. I can understand if you want to be different from your friends or if you feel like they've advanced further in life. But for me, especially after having finished that part of my life, I'd say that I probably would have enjoyed it more if I'd just tried to be a youngster, instead of always trying to take the next step forward. Let life just take you to the next thing; don’t try to fast-forward it.

I drink a cup of coffee!

Wow! Probably a personal flying machine, so you don’t have to book a flight and you can just move around from one country to another. I know it’s not that original, but I would love to go anywhere I want in the world by my own means – without going to an airport and having to pass security checks and everything. Just to be able to use a plane like I use my car – or anything that could be flown easily, fast... and ecologically too!

cafébabel: If you had to write a song to convince the United Kingdom to stay in the European Union, what would be the chorus’s main refrain?

[Sings the Beatles] Let it be! Let it beeeee!