Alsarah: "I'm not an activist, but I sing to the activists"

Forced to leave her native Sudan at a very young age, Sarah Mohamed Abunama-Elgadi - better known as Alsarah - uses music as a way to stay connected to her heritage and culture. As her band, the Nubatones, release their latest album, we talk to Alsarah about what it's like to sing in Arabic to a Western audience.

Alsarah looks completely at home sat outside a café in the middle of the 18th arrondissement of Paris. She looks like the kind of person who would be at home just about anywhere; perhaps because she became uprooted so early in her life. Her parents fled to Yemen after the military coup in Sudan in 1989, only to move again when Yemen collapsed into civil war, before finally settling in the sleepy rural town of Amherst, Massachusetts. As one might expect, growing up in that constant state of flux eventually took its toll.

"It really gave me an identity crisis when I was younger," she says. "The question 'Where are you from?' kept coming back at me a lot growing up, especially as a teenager… I started to seem too foreign for every place that I was in." But looking back, she admits that it also played a big role in shaping her outlook on life: "I feel a lot more confident in myself. I think that after constantly questioning who you are, and feeling like you need to prove it for so long, eventually you have to let go and embrace the fact that identity is made up, just like home is made up, just like borders are made up."

Alsarah was by her own definition an 'urban child', and Amherst came as a real culture shock - one that made her feel both invisible and very conspicuous. "We were the only East African family in the entire region, so I couldn't go anywhere without heads turning and people talking about it a lot. As far as small-town America is concerned this is a really liberal area, so it could have been a lot worse. But at the same time there's a certain kind of awkwardness that comes from being overly exotified." It’s a big part of why she chose to move to New York and settle in Brooklyn: "There everyone is an immigrant, it's a city of immigrants, and it's normal to be an Other. That invisibility was very calming to me. I feel so much at home there now."

I wonder whether Alsarah will ever feel content to stay in one place. Within moments she’s talking about Mexico and joking about whether that will be her next port of call. "Once you've been uprooted so much you have one of two reactions: either you hold on to a place for life, or you become one of those people who always has the itch to move."

Dealing with the "Western gaze" 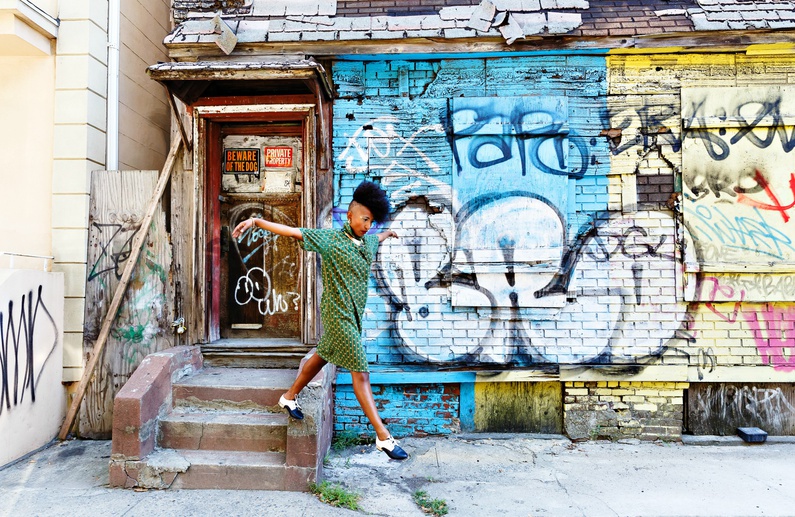 Alsarah founded the Nubatones with her sister Nahid in 2010. With lyrics sung in Sudanese Arabic and an emphasis on traditional instruments it’s clear that the band’s music has a deep, personal roots. But it came, from all places, out of academic study: Alsarah has a degree in ethnomusicology from Wesleyan University.

"I was attracted to ethnomusicology because I wanted to study non-Western music, and there are very few other ways to do that. My field studies in Sudan were my first steps in moving back towards Sudanese music, but I think the most important thing I learnt was how the Western gaze looks at the Other."

As someone who sings in Arabic to (often largely white) audiences in Portugal, France and Sweden, Alsarah knows how it feels to be scrutinised by a western gaze. The trick to reducing that scrutiny, in her opinion, is to make audiences see her as a person rather than trying to use her to learn about the whole of Africa - something she describes as a 'Venus Hottentot' experience.

"I know there's always this saying that music should exist outside of the artist but my music doesn't exist independently of me. It's very much a part of me, and I'm very much a part of it. That's why I tell people the stories behind my songs; so people can understand where I'm coming from when I sing the song to them. It's never a direct translation of the words, just about the context: 'This song, I like to sing because it reminds me of this and this…'  I don't know how people arrive, but I hope they leave having seen me as a person."

"Awareness is a way of healing"

'Ya Watan' - Alsarah and the Nubatones

I ask Alsarah about the first single from the Nubatones’ latest album Manara ("The Lighthouse", ed.). Entitled 'Ya Watan', which roughly translates as 'Oh, Homeland', it was written in November of last year, born of the uncertainty Alsarah felt in the aftermath of the attacks in France and Belgium and the seemingly never-ending issues in the Middle East. "If you can’t find companionship and certainty in your homeland, when that dies - where do you go from there?" she asks.

It’s a song full of metaphor. As Alsarah tries to explain the lyrics in English - "companionship has died in the family courtyard, not even time is aware of its passing" - her reluctance to sing in English or translate her lyrics becomes clear. After all, as she asks me: "How do you explain a word which has six different meanings in English?"

Alsarah has said of Manara in the past that it was designed to be listened to in a single sitting; she’s cited Pink Floyd’s The Dark Side of the Moon as an influence, and the throbbing synthesisers at the start of 'Ya, Watan' have a definite feel of 'On The Run' about them. It’s a sound that feels both modern and retro at the same time, and Alsarah says that the album is about looking forward as well as reminiscing: "You will never let go of your fears of your future if you don't understand the past. You don't have to stand still or move backwards - you just have to be aware, and taking that awareness with you is a way of healing."

"The dashing of hope is an important lesson" 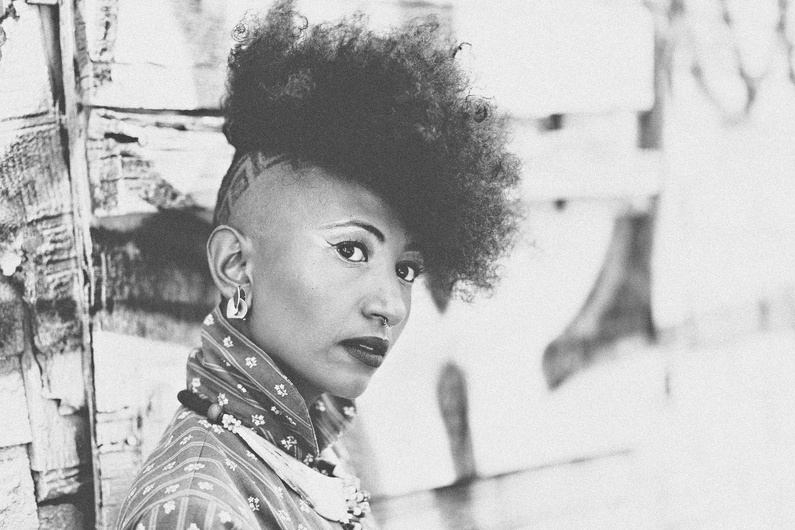 Eventually, inevitably, the conversation turns to politics. Alsarah’s parents were 'hardcore activists' - most children don’t get read Das Kapital every night before bed - and her politically active streak is plain to see. In 2010, as Sudan prepared for presidential elections, she and the Sudanese-American rapper Oddisee (her neighbour in Brooklyn at the time) created a music video called 'Vote!' to encourage younger Sudanese people to turn up in large enough numbers to oust the country’s dictator, Omar al-Bashir. Their hopes were short-lived: despite reports of poll rigging and even ballot stuffing, al-Bashir was re-elected with 68% of the vote.

"For a while I felt very foolish and naïve, for thinking that change can happen," says Alsarah. "But now I realise that the dashing of that hope was an important lesson too. You need to be able to see the red flags, recognise them and call them out right away instead of ignoring things." Her experiences in Sudan have certainly raised flags concerning another important election: "I hope these elections in the US have brought to light something that I've felt for a long time, which is the fact that America lives in a two-party dictatorship. This election is more proof of that than anything. Especially for a land of immigrants to be in this place now, it's embarrassing."

But would she consider making "Vote! 2.0" for an audience of disenfranchised young Americans? “I almost did, but then I wondered how many people would just yell "Shut up, you immigrant!" She laughs, but I can easily imagine the YouTube comment sections. "But I'm registered to vote and I make sure all my friends are too. I'm not an activist, but I like to sing to the activists."

Manara is released on 30 September.