Sombre dimanche is all about a family saga which begins in the 70s and ends at the start of the new millenium. We follow the lives of 3 generations of Mandys (the grand father, the father, the son, Imre and the mother and daughter) who seem stuck in time near the railtracks of the Nyugati Train Station in Budapest, living a life which suffers from the whims of History. The reader goes through 50 years of history with World War I and II, nazism, communism, stalinism, Janos Kadar's new socialist ideology or even the free market ideology, thanks to a very expressive way of writing which can make the reader laugh or cry.

The Mandys seem crushed by their lives but are first and foremost the witnesses of their country history. But they are also victims of their own family matters which have been left unsaid for generations. Imre, the main character, hops from the Comecon (socialist Council for Mutual Economic Assistance) to Wall Street, working in a sex shop, marrying a copy of a beautiful Californian girl before divorcing the German girl she is, but remains the one naive character even after losing his dreams.

Alice Zeniter teaches drama at the Sorbonne Nouvelle University and gives us tips on her latest book.

Where did you get the idea for this book and why Budapest?

ALICE ZENITER: I ended up in Budapest by pure chance, just because I so wanted to leave Paris. I got a job as a lecturer at the Eotvos Collegium and thought “Why not?”. Although the first couple of months were hard I fell in love with the Danube river, the kerts (classes) and with Freddie Mercury's interpretation of Tavaszi Szel (an Old Hungarian folk song). The rest is history with going back and forth between Paris and Budapest.

When I said I was writing a book on Hungary a lot of people came to me with memories from their own childhood.

I heard that in your first book that whenever something referred to Hungary your publisher took it out. Is this book a rematch?

Alice Zeniter : Of course it is. Since referring to anything Hungarian in a book which took place in Paris wasn't on (which I can now understand) I took it upon myself to write another one about Hungary and set the plot in Budapest.

Was it not difficult to write about a time which you didn't know a thing about? How did you manage to write such vivid and detailed descriptions of the events ? 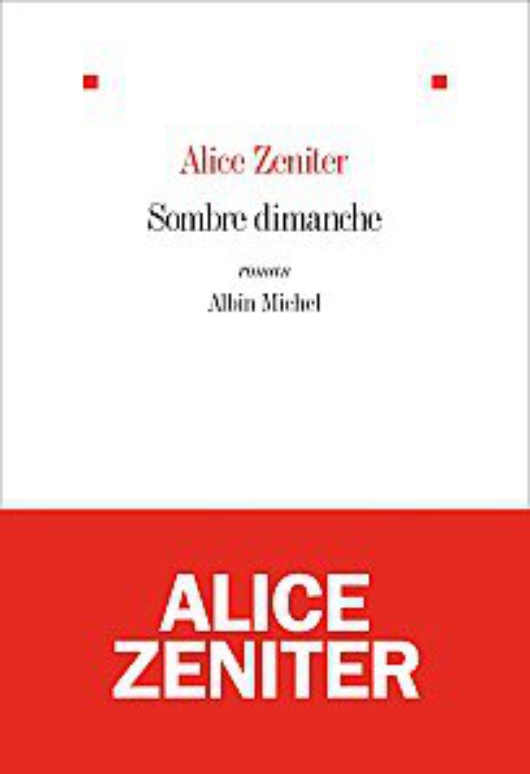 Alice Zeniter : During my last year in Budapest, I realized how I could get started on anything to do with Hungary, its melancholy, humor and even its history. When the idea came to me to write about it I started a draft on what I wanted to concentrate on, such as the Danube, 1956, suicide, or the Hungarian poet Attila Jozsef but also about cats. I read and highlighted a lot of stuff to make sure my knowledge was fine. I wandered in the city and often visited the Petofi Csarnok youth leisure center with my friends Lawrence and Misi. We bought some old pictures, prayer books or match boxes. I pictured some sort of life by just looking at these objects. When I said I was writing a book on Hungary a lot of people came to me with memories from their childhood or their families. I kept a few of them because I was moved or they made me laugh.

This interview was realized on January, 30th 2013 and was run on the website Hulala.