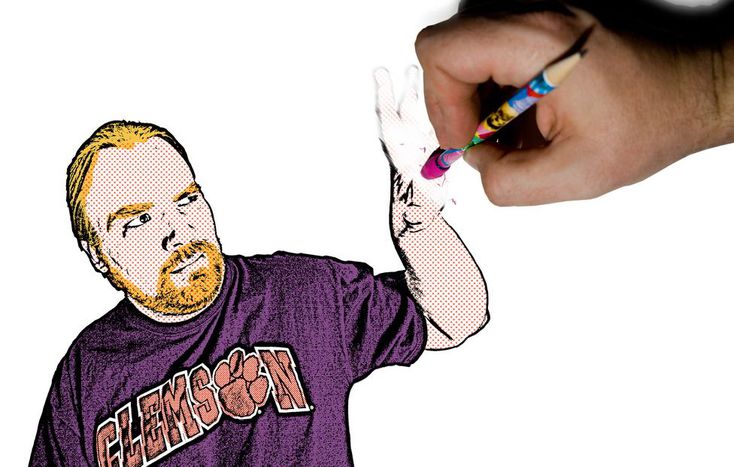 Algerian cartoonist Slim: 'We have to protect human hands, not human rights'

Few Algerians don’t know who Slim is. Not a lot of Europeans know him. Yet the 66-year-old cartoonist provides the sharpest view on the society of his time, of the 'Arab spring' in Tunisia and Egypt, but also on the society where no revolution took place: Algeria 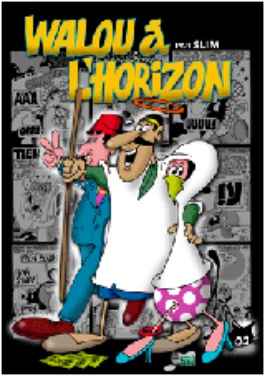 Slim’s opus consists of nineteen comics, a satirical column, 'Milouda.com' in a magazine called Les Femmes du Maroc('The Women of Morocco') and hundreds of newspaper publications. Even at the age of 66, he still looks good. In 2008, his critical view of modern society took him to the university of California in Los Angeles (UCLA), where he gave a series of conferences on comics. In short, Slim is the Algerian equivalent of Georges Wolinski, a French cartoonist and comic writer. The comparison doesn’t end here: the favourite French cartoonist of the baby boom generation edited the reissue of Slim’s comic book Walou à l’Horizon ('Nothing on the horizon'). Wolinski couldn’t be more precise himself, having once said: 'If you want to know Algeria, read Slim’s work.' We opted for an interview as well.

cafebabel.com: Slim, being a cartoonist is a risky business, especially in the light of the violence suffered by the Syrian cartoonist Ali Farzat in August 2011. You’ve always written about changes in political regimes and depicted the pain of the people. Do you consider such an engagement as a universal attitude or does it depend on the context, on the battle?

Slim: Both, actually. When I had the opportunity to talk about the adventures of my heroes, I knew my boundaries. To publish a comic in a governmental newspaper in French was both a gift and a curse. It makes no sense to criticise anything. To tell the story of Bouzid, one of my characters, I had to restrict myself to the story of a peasant who comes to Algeria to right the social wrongs, and that is it.

This kind, peaceful, well-educated, talented man bursting with creative ideas was tortured by the same people who should have protected him

My old friend Ali Farzat, he suffered the worst of all punishments: they crushed his hands to show him he had gone too far and that he can’t draw anymore. This kind, peaceful, well-educated, talented man bursting with creative ideas was tortured by the same people who should have protected him. It’s not easy. I wish for him that he will recover fast and be able to use his fingers again, at least so he can give the finger to the rich kid leading the hereditary republic. From now on, we obviously have to protect human hands, not human rights.

cafebabel.com: Algeria didn’t really take part in the Arab spring manifestations. It seems to be due to the fact that Algeria already lived through a similar revolution in 1988 and paid for it dearly (500 young people were killed). Do you agree with this point of view?

Slim: Only to a certain extent. However, when we see what this little revolution brought us, we actually have no reason to celebrate. There is a fake sense of shared powers and decisions, the desire to finally exterminate Algerian socialism and to put into power a completely made up 'religiously-political' party that is entirely free to disband itself. We’ve got capitalism and everybody can get lucky enough to 'be successful'. We’ve gone back in time forty years. Great!

cafebabel.com: The Economist lists Algiers as one of the 'top ten cities where one can’t live well'. Your response to the publication was one of your comics where you imagined a holiday offer in Algeria for sadomasochistic tourists. Could living conditions in Algeria get worse still?

Slim: Of course. We’re beginning to realise that Algeria is the most expensive country in the Mediterranean. You only have to see how much rent and properties in general cost. The salaries are similar to Chinese salaries; the market is controlled by the agricultural mafia. We don’t live well. Even the most average restaurants are ridiculously expensive. I don’t know where it will all end.

cafebabel.com: What are the positive aspects of the situation, the ones that bring hope? 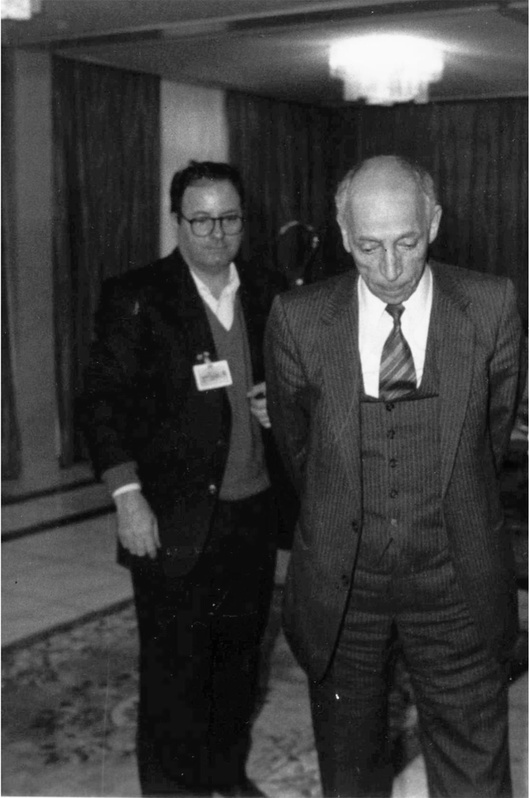 Slim: The only positive aspect I see are the young people. They’ll provoke an uncontrollable tsunami effect. You can fool them once, maybe twice, but you can’t keep on fooling them forever. When I think of the incidents in January that were called 'sugar and oil riots', I always laugh; young people here know neither the price of oil nor the price of sugar. Congratulations to the people making up fairy tales for foreign news channels...

cafebabel.com: Lastly, what advice would you give to young Algerian artists?

Slim: I would tell them to 'take advantage of the current situation' - the lack of perspective, the feeling of being trapped - to think about creative ideas, about pure creativity. Young people, move your asses, you are the future of this country! If you accept the state we’re currently in and the future they’re planning for you, don’t complain you haven’t read the contract carefully afterwards! Defend your country, adapt it to your ideas and don’t listen to smooth talkers promising you heaven!

Read the author's blog 'I heart monks' and the article in its longer, original version here