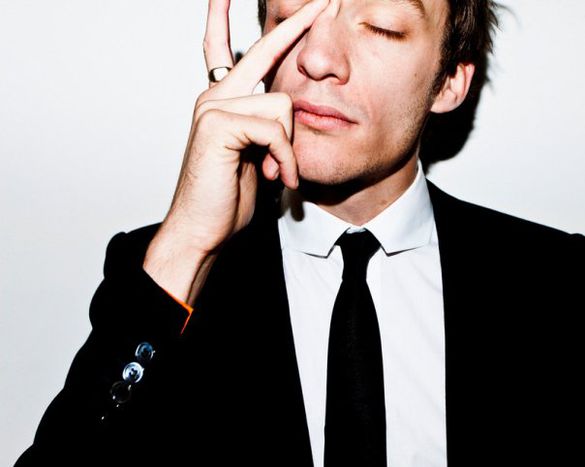 Alex Metric: the man with a studio tan

The 29-year-old British DJ and producer takes us on his own brief musical journey of electronic music as we await the remixes on his new disc Open Your Eyes. The eponymous first single, an intriguing collaboration with DJ Angello of Swedish House Mafia, is out this January

Technically we're Alex Metric's last interview before his live show at the Transmusicales music festival in Rennes, western France tonight, which explains why he is cheerfully gagging for a drink. 'A lot of my friends - The Autocrats, South Central, The Whip - all say that the Transmusicales was amazing, one of the best gigs they've done,' he smiles. The Londoner is due onstage at 3am, a neat time slot in his workaholic world of weekend touring. 'I usually sleep until lunchtime,' he explains. 'I live above a cafe that does an amazing breakfast, then I'll sit in the studio until five or six in the morning. Midweek is just sat in studio writing with full all-nighters. Weekends are airports and hotels, the touring world. I look so pale I have a studio tan!'

More than just a DJ

Metric has gained more notoriety as a DJ than a producer over the last three years, regularly being nominated in magazines and on radio stations ahead of the likes of French electro-house giants Justice and Brodinski. 'The songs choose me generally,' says the perfectionist, who has remixed songs by Gorillaz, Bloc Party and Ladyhawke amongst others. 'Labels will come to me; I am lucky enough that people like my remixes enough that I get offered some really great tracks. I choose wisely though. I'll only remix a song if I love it and can bring something to it. Oh my god I finish remixes and don't hand them in, I have a really high quality control. If it isn't better than the last remix I've done there's no point putting it out.' He's modest about being voted 'remixer of the year' for radio station XFM in 2008 and topping 2010 remix lists for websites like The Music Ninja. 'Nor is it about the money,' he groans. 'It sounds really poncey like about 'making great art'. These days if you make great records people want to book you and it grows from there. It's not just about being a DJ.'

'I got to college and subsequently got kicked out'

The Londoner started out as a self-confessed Britpop indie kid and system reject. 'I listened to Oasis, The Verve, Primal Scream and Spiritualised. T in the Park aged fifteen was my first festival. I saw Paul Weller, Black Grape and Dodgy, my favourite band growing up, and when we went backstage I realised the scene I wanted to get into. I didn't want to do A-levels and university, I was doing it to please my parents. I got to college and subsequently got kicked out; but I fell in with some musician friends there and played in bands. I was working part-time in restaurants for three years after whilst I was getting my music off the ground.' Whilst the festival scene triggered a teenage Metric's interest, the British clubbing scene introduced him to electronic music. He cites Daft Punk, Digital and Stuart Price as inspirations, and his growing tastes trace the evolution of the scene. 'At the end of the nineties and in the early noughties the big electronic axis transcended into big bands in their own rights, like Basement Jaxx and Underworld. I even got starstruck the other day from seeing Tom from the Chemical Brothers!'

Electronic music moved on from big band names with sub-movements, though Metric predicts an end to one popular phenomenon which arose out of UK garage music in 2001. 'The biggest thing in electronic music is this dubstep thing. It's ok,' says Metric politely. 'It's all coming to an end as it's almost become a bit of parody if itself. No disrespect to people in that scene and who like it, but people thought it was the saviour of everything. As it's edged towards the mainstream its become formulaic and less and less exciting. You know there was drum and bass and intelligent drum and bass? There's this new thing called post-dubstep by the likes of London band Mount Kimbie and James Blake, who's getting a lot of loving at the moment. Limit To Your Love was an amazing record but it's not even dubstep - that's the thinking band's dubstep!' 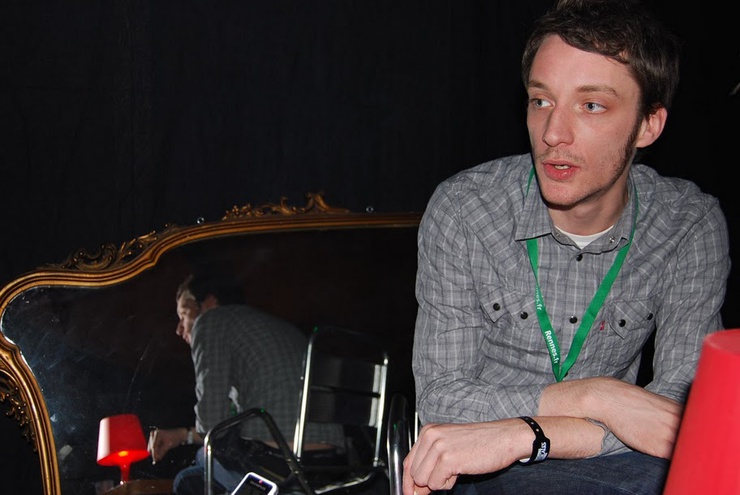 Metric has been putting out his pop-tronic sound for at least five or six years. He recently announced his resignation from his monthly show 'In New DJs We Trust' on national pop music station Radio One to focus more on writing and making music. 'That slot is four to five of us on rotation and I've been doing it for a year and a half. I just felt my career went radio and I'd rather leave on a high. I'm taking a couple of months out at the beginning of 2011. Travelling takes it out of you. I'm pretty knackered from a busy long year and need to try and focus on writing more and touring less. I want to make music again. It's what I got into this to do.' Alex won't be finding time to relax. 'Sadly I dream about work most of the time,' he laughs, a nod to his track Robot Dreams on his latest album, which has already been a couple of years in the pipeline. Seeing as Metric has sent radio to infinity and beyond, European dance revellers should finally be on the lookout for the imminent release of Open Your Eyes.