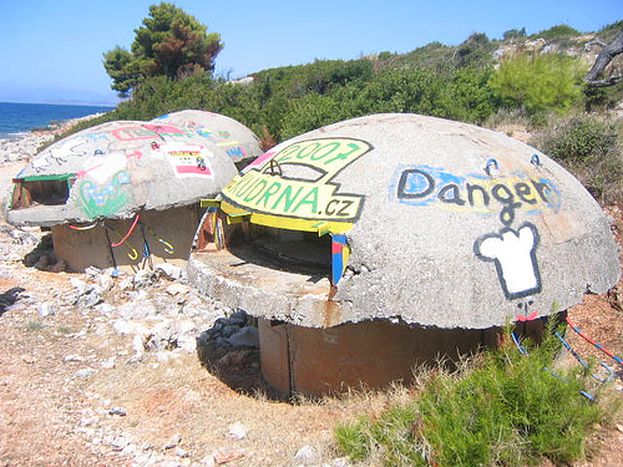 At the confluence of the Adriatic and Ionean Seas lies Albania, Europe’s last undiscovered paradise is now looking to tourism to stimulate its economy and is hoping for a better image in the west after having joined Nato and put in an EU bid. 20 years after the fall of the dictatorship, Albania is developing into a hidden gem for independent travellers

They swarm over the country in their hundreds of thousands - on the roadsides and along the coast, next to schools, in parks and on open countryside: little one-man concrete bunkers, poking up like mushrooms, testimony to a time when Albania – and above all its Stalinist dictator, Enver Hoxha - felt threatened from all sides, mostly from its southern neighbour, Nato member Greece. These scattered structures, each equipped with an embrasure looking out at the enemy, are the most prominent remnant of over forty years of isolation under the communist dictatorship that eventually fell in 1990. 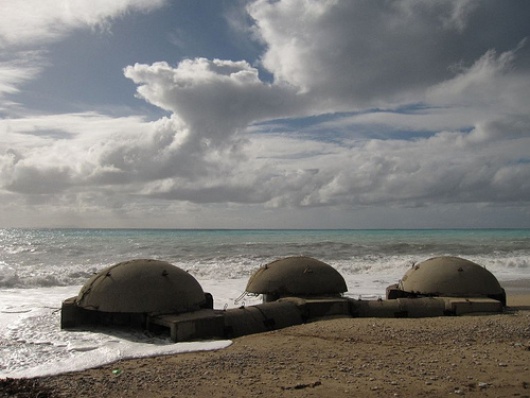 Twenty years on, Albania has developed beyond recognition, even though many of the bunkers have remained. They have long since outgrown their military usefulness – Albania, however, remains a poor country, and many of its three million citizens now often employ them as goat or sheep pens. That said, the hunger and palpable state of emergency that reigned in many parts immediately after the fall of the communists are no longer much in evidence. IMF figures show that annual GDP per capita has increased from US$654 when the regime ended in 1990 to over $4,000 today - progress that has been helped by billions of dollars of western aid: over €800m in cooperative development aid has been ploughed into Albania in the last two decades from Germany alone, more than from any other country, as calculated per head of population.

Brussels in the distance 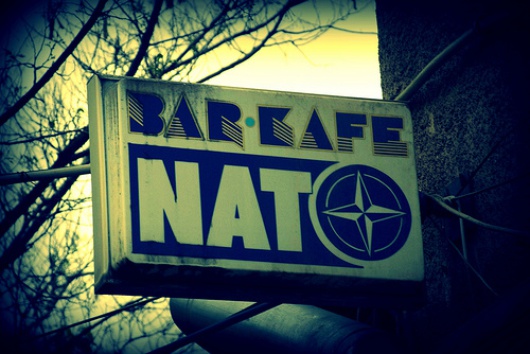 The state has become a democracy and now wants to become a member of the EU. Prime minister Sali Berisha, 64, submitted Albania’s EU membership application in late April 2009. It might, though, be a few years yet before they make it to Brussels: such problems as corruption and a lack of rule of law still dog the country. However, the country’s entry into the Nato alliance on 1 April 2009 gave it a hefty shove in the right direction. 'This is my country’s greatest achievement since independence,' announced the conservative PM proudly. The real acid test for continued progress in the direction of the EU is the parliamentary elections on 28 June (exit polls show that the ruling democrats are poised to win - ed). Berisha’s challenger is the leader of the socialists and mayor of Tirana, Edi Rama. If the elections run off freely and fairly, Albania will take another step towards EU candidacy.

Progress in euro-atlantic integration is also of enormous significance for Albania’s image, which in western Europe is all too often associated with chaos, mass emigration and organised crime. This progress has already begun to pay off: Albania welcomed over 2.5 million visitors in 2008. The country’s coastline stretches for 362 kilometres from the river marking the border with Montenegro, along the Adriatic to the Ionean Sea, and down to Greece.

Heavenly bays and unspoilt beaches are mostly to be found in the south of the country, around the towns of Vlora, Himara and Saranda. Behind them wild, mountainous country covers 70% of the state. Albania is about two thirds of the size of Switzerland. A further attraction is the booming capital, Tirana, which has developed in recent years into one of eastern Europe’s outstanding metropolises. 'Tourism represents by the far the greatest potential of our country,' says prime minister Sali Berisha. The majority of the tourists come from neighbouring countries such as Kosovo and Macedonia, or are returning ex-pat Albanians. Germans, Swiss and other western Europeans tend to be few and far between. 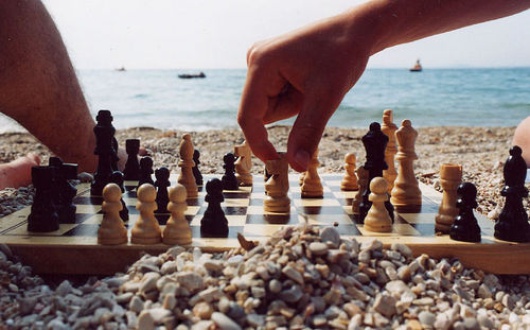 According to Berlin tourism expert Gerd Hesselman, this is unlikely to change in the foreseeable future. He sees little chance of wide-scale seaside tourism in Albania: 'For a start, it is just not up to the mark, and secondly, the seaside tourism market segment as a whole is not on the up at the moment. There isn’t a lot there for Albania to take advantage of.'

Beyond seaside tourism, this little-known south-east European country is able to offer something a bit different. Cultural history sites such as the Ottoman-influenced cities of Gjirokastra and Berat, for instance, or the archaeological site at Butrint – all three UNESCO world heritage sites – and their setting in a fascinating landscape make Albania extremely attractive, believes Jörg Kahlmeier, project leader of study-tour operator Weit Blicke in Leipzig.

The most thrilling, however, according to Kahlberg, are 'the still-perceptible traces of Albania’s 40-year-plus isolation and the country’s peculiar form of communism.' It is the combination of the undiscovered and the out of the ordinary, the authentic and the mysterious, which charms independent tourists and small groups from western Europe alike. Jörg Kahlmeier sums up: 'Human beings are always trying to discover unspoilt countryside. In Albania they can!'

The author of this article, Norbert Rütsche, is a member of the network of correspondents n-ost