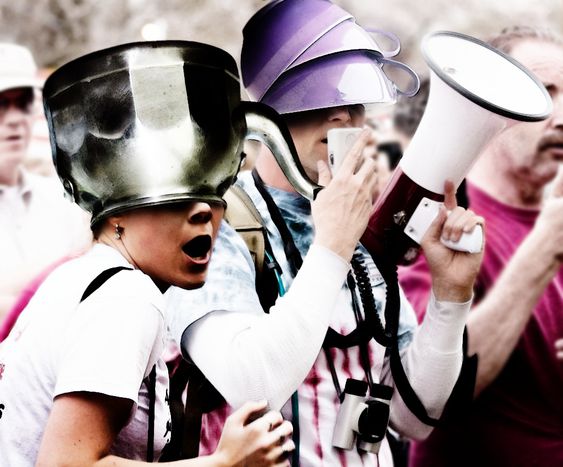 Albania-Kosovo mafia, ‘cablegate’ and other cases of blindness

After two years of investigation, the council of Europe has accused the Kosovan prime minister of leading an international network trafficking organs, weapons and heroin with the silent acquiescence of European countries. Will these Wiki-Like revelations destroy public confidence in politics? Here's a little theory on scepticism

Forgetting the left and the right in the world of politics, two groups can be distinguished: the believers and the sceptics. The believers recognise that there are politicians who are ready to defend their principles and govern efficiently. The  sceptics only see flat out lies and envelopes stuffed with bank notes.

Invisible war on many fronts 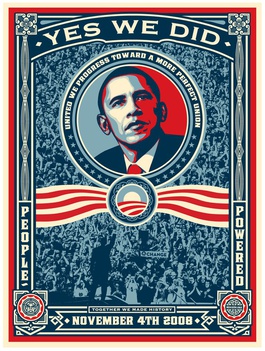 From time to time the believers (the self-proclaimed optimists) take the lead. Take Barack Obama as an example. The US president is a brilliant, calm and inspiring guy who made it to the top by promising a lorry-load of fair solutions. He is ‘half white and half black’ (as former opponent Sarah Palin famously called him). He is a former social worker and writer amongst others. He arrived in political prominence in 2008, in the middle of a world crisis and two ongoing wars. It was one of those key moments where everything can change in a very short space of time. His power was such that almost all of the mass media was full of phrases like ‘wave of hope’, ‘start of a new era’, and so on.

But the sceptics (the self-proclaimed realists) recovered their breath: listening to them speak, they seemed to be demanding a Che Guevara in the White House. They said that Obama was more of the same and that he wouldn’t do anything (corporations, lobbies and partisanship) even if he wanted to. The extreme sceptics (the cynics) feel disgruntled even when something good happens: if there is a rise in salaries, it’s to pacify workers. If there is to be help for disadvantaged families, it’s populism. Freedom of speech is self-protection of the system. For the sceptics there’s no act without Machiavellian origins.

The war of minds is finely balanced: when one of the two camps gains too much territory it can result in a change of government, bring down parties and generate disturbances. Lately the believers have had to give ground. WikiLeaks has disclosed (or tried to disclose) that the embassies aren’t quiet places watched over by their citizens but rather pure extensions of naked power, which is why the sceptics are now beating their chests. The critics had it all guessed, from espionage, pressure on judges and organisations to plans to go to war. The majority love to say that they know 'how the world works’. 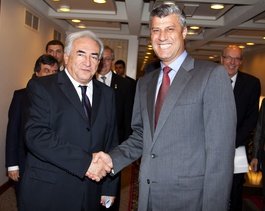 At first glance, Hashim Thaci gives a good impression of a political leader: he’s tall, healthy and has an impressive jaw, and on top of that he governs Kosovo, a small country with that romantic touch of a young sufferer facing Serbia, which on the contrary oozes terrifying seriousness. Thaci, moreover, is a history graduate. During the nineties he led a war against the tyrant Slobodan Milosevic. In short: the believers have material here to strengthen their ideas.

On 12 December Hashim Thaci was elected prime minister of Kosovo amid high suspicions of electoral fraud; in some municipalities he got 95% of the votes. In the same week the council of Europe published a report that named Thaci as godfather of an international network that trafficks organs, weapons and heroin. Under his authority, prisoners of war have been killed by a shot to the head moments before being laid on the operating table. He denies the charges, but business dictates. According to the document, the guerrillas made the most of the war as a chance to kill their rivals and stay in the market. Not only did Nato know it - they condemned some minor players in 2008 - but they helped, having considered having a reliable ally in the region the least harmful option. Maybe the classical comment of a American secretary of state about the late Nicaraguan dictator Anastasio Somoza (’He might be a son of a bitch, but he’s our son of a bitch’) was being repeated in the European corridors.

This case in the south-east of Europe reminds us of many others: the British political cowardice towards Hitler (until the arrival of Winston Churchill), the European blindness towards the crimes of stalinism, the impunity of the dictatorships that bled Latin America to death with the direct backing of Washington, and a never-ending list of semi-hidden facts that few had the courage to denounce. It’s potentially easy to settle this universal war by understanding politics and admitting for once that the difference between a pessimist and an optimist is that the pessimist is well informed.