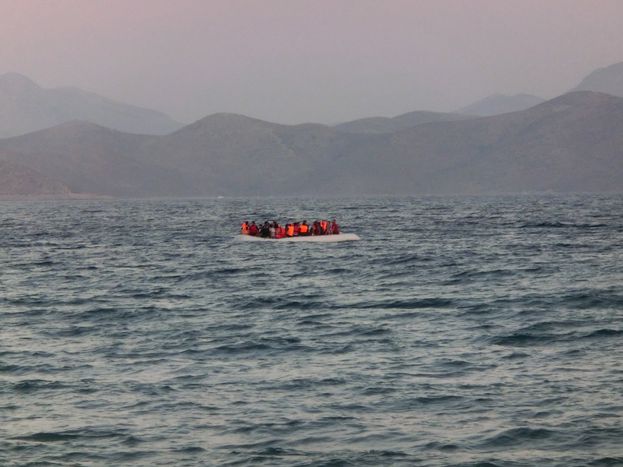 Alan, Syrian refugees, and our responsibilities

The photo of Alan, the Syrian child found lifeless on the beach in Bodrum, Turkey, has been shown around the world, inciting anger and emotion. But his story is at risk of being soon forgotten if we don't decide to go back to the roots of this migrant tragedy.

A lot has been written about Alan. We have all reacted in different ways to the publication of the photo that shows him lying face down on the beach in Bodrum, lifeless. The sea has washed away the hope of Alan and his family of reaching Canada where, for some time, some relatives live and who were waiting for them. We are that sea. If every day in Syria, and during the odyssey that many undetake to escape it, hundreds of migrants are dying, hundreds like Alan, we are guilty. The guilt belongs to an international community (not only Europe, I am also talking about America and the Gulf States) that for a long time have sat and watched coldly without lifting a finger, cold.

In this sudden hour of guilt, is the heartbreaking image of the death of a child enough to awaken our ailing conscience? As if it already wasn't enough to know that, not so far from our homes, this has been happening for four years and there is no end in sight: on one side there is a criminal that kills, bombs and tortures his own people, on the other crazed barbarians who commit atrocities of all kinds. And there there is us, who erect walls and put up barbed wire. We, who talk of ethics and censorship, of images that offend our sensibilities and the banality of horror.

We, who are ready to take up arms to defend the crucifix in schools, who go to mass on Sunday mornings but who close the door in the face of our neighbours. We, who “are not racist but let's help them in their home country”, forgetting that, in their home country, we have a direct and manifest responsibility. We who fear the invasion of Muslims, rather the "Islamists", but who like to tightly hold on to agreements with Saudi Arabia and Qatar. And finally, we who share the photo of little lifeless Alan, but who don't ask ourselves why we he escaping and from whom he was escaping. We stall, or perhaps more simply, we are not interested in analysing the cause of this human tragedy.

But then our tears are useless, because if an image is not accompanied by a story and isn't adequately examined, it is an empty picture that stays hung up; just long enough to cause disturbance and upset and then - poof! It vanishes into thin air. Falls into oblivion.

There will be another picture like this. We will find ourselves once again hypocritically moved in sharing it without reflecting, and getting lost in debates that are certainly interesting, but they limit our ability to consider the root cause of the problem. And that helps no-one.

Note: Alan's aunt confirmed that 'Aylan' was a Turkish version of the name given to him by Turkish officials. Alan is his Kurdish name.