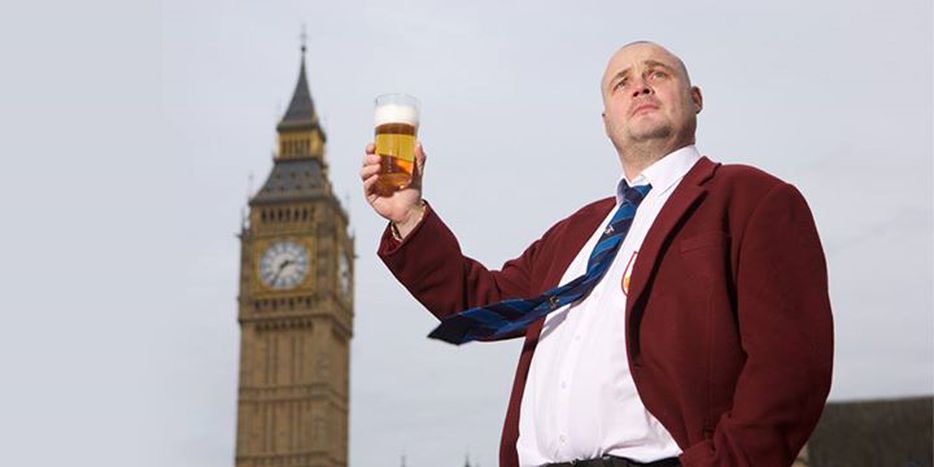 He is one of the UK's best known comedians. Unsurprisingly, Al Murray is in the spotlight. But this time, he's not on a stage.

The 47 year-old comic has announced he will stand against UKIP leader Nigel Farage in May's general election as his persona 'The Pub Landlord'.

But who is the real Alastair James Hay Murray? Will his new Free United Kingdom Party (FUKP) party be a genuine threat to Farage's parliamentary ambitions or is this simply a stunt?

From Oxford Grad to Pub Landlord

From his array of characters, Murray chose the guise of 'The Pub Landlord' to stand against Farage in the Kent constituency of South Thanet.

Simply by caricaturing Farage's own media image, Murray's character could prove a strong electoral competitor. Like Farage, he is already very well-versed in the art of being photographed while holding a pint.

Farage is right not to underestimate the comedian. The UKIP leader recently told The Independent: “It looks as if there will be more candidates than at a normal by-election. Still, at last there is a serious opposition.”

The Pub Landlord character already has a significant following, which could be capitalised on in an election battle. Al Murray and his alter ego have been 'in a relationship' with each other for more than twenty years now. Born in 1994, the Pub Landlord, a mock-stereotype of a right-wing barman. Murray recently told The Telegraph that the idea “was conceived in the teeth of a particular deadline”. It seems comedic perseverance is the key given the Pub Landlord character is not only still alive but about to go viral.

Away from comedy and his famous character, Murray has hosted several BBC radio and television shows. The one which epitomises the distance between Murray the man and Murray the Pub Landlord is a BBC Four television documentary called 'Al Murray's German Adventure', which explored with the art and culture of Germany.

Murray might have seemed an unlikely host but it's unsurprising when you find out that he read History at Oxford University, or as he likes to modestly frame it: “got through a history degree”. 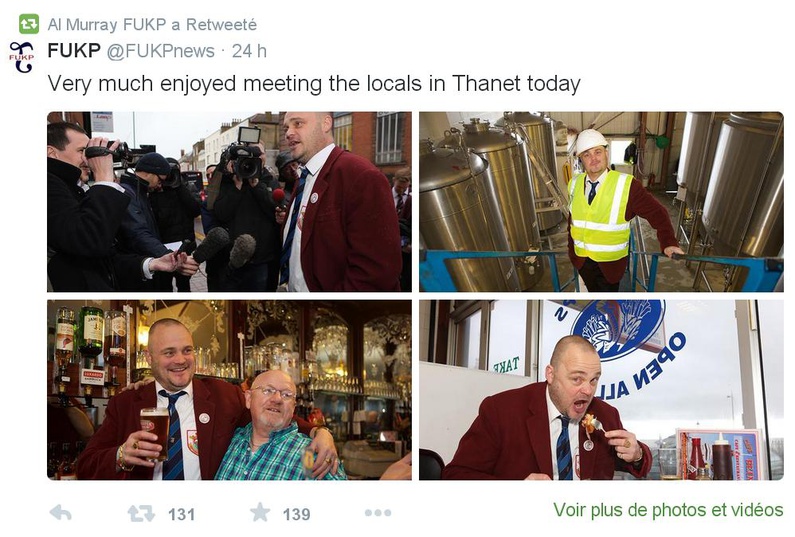 “Who would make the best Prime Minister?”

A poll conducted by PR firm Hotwire saw British people vote Al Murray into second place behind current Prime Minister David Cameron (who incidentally is a sixth cousin of Murray, according to findmypast.co.uk) with 26.3%.

The Pub Landlord has already fired shots early into the campaign, claiming “Clegg is like a mug you’ve glued the handle back onto, you wouldn’t want to fill him up again.” With established politicians provoking so much apathy, it wouldn't be surprising if voters were to give the Pub Landlord and the FUKP a chance? At the bare minimum, Murray's participation may freshen up UK politics. At a stretch, the FUKP may turn Thanet South upside down – much like they did with UKIP's logo to create their own- an upside-down pound sign.

His policies at least give a hint. When asked about foreign policy, Murray has a clear and shaking answer, noting that Germany has been quiet for too long, adding “just saying”.

With immigration and Euroscepticism heated issues ahead of the election, , Murray has cleverly tapped into the current political climate, purely to mock it.

For example, The Pub Landlord even has a solution to right-wing parties’ collective headache about immigration. With migrants attracted to the UK for its relatively good economic situation, Murray has suggested that the government makes things worse. In fact, this isn't even that far from reality. In early 2013, the UK government was actually contemplating a negative advertising campaign of UK life to deter new immigrants, after restrictions were lifted on Romania and Bulgaria.

And last but certainly not least, the Pub Landlord has a true vote-winner in proposing to reduce the price of the pint of beer to one penny. Indeed, a truly “common sense” pledge.

Farage will have to watch out.