Aid is not enough

The tsunami may have put poverty, aid and debt back on the political agenda but what is really needed is a reappraisal of the fiscal relationship between the richest and poorest nations 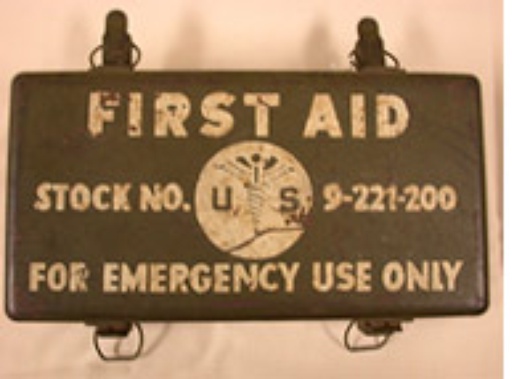 The Asian Tsunami and media coverage of the ongoing problems in African countries such as Sudan have jolted governments, international organisations and citizens alike to pledge and donate money to these just causes. The EU Member States and the Commission have, to date, contributed to the ‘Tsunami relief fund' some €2.26bn whilst citizens have donated a further €0.83bn to charitable organisations charged with assisting the victims. Meanwhile the release of the ‘Band Aid 20' single in the UK coupled with Blair setting out his aims for the UK’s forthcoming G8 and EU Presidencies have, if the rhetoric is to believed, placed Africa squarely back on the political agenda. But behind the publicity and appeals, what is the reality of aid distribution and debt relief in some of the world’s poorest countries?

Whilst politicians remind us of the urgent action being taken to bring aid and assistance to the disaster zone and their commitment to world problems, it is important to separate rhetoric from reality. For example, in the aftermath of the Tsunami much was made by the British Government of how much assistance they were contributing to the disaster area. Yet subsequently, the former International Development Secretary Clare Short publicly revealed that extra costs for army assistance in stricken areas is taken out of the Aid and not the Defence budget – so not as much is really getting through as we are led to believe. Another distinction must be made between financial aid that is pledged and that which is actually given to poor countries. The Indian Ocean Tsunami struck a year to the day after the Bam Earthquake, yet despite some $1.1 billion having been pledged to the victims of that tragedy, one year on, only $17.5 million has actually come to fruition. Kofi Annan, the Secretary-General of the United Nations, has estimated that it will take around ten years for many of the countries affected by the Tsunami to recover. The question remains whether the richest governments will continue to zealously contribute money and resources once the disaster disappears from our TV screens or whether the poorest countries will have to become further indebted to the World Bank in order to reinvigorate their economies and feed their people.

To put this into perspective, Band Aid in 1984 and Live Aid in 1985 raised in total £150m for Ethiopia, but this pales into insignificance considering it is equivalent to the minimum interest payment on Africa’s loan from the International Monetary Fund (IMF). Take Zambia, for example, which has the lowest life expectancy of any nation in the entire world: 7.35% of its Gross Domestic Product (GDP) goes on paying interest on its debt instead of where it should be going – food, health and education. Furthermore, the system set up by the IMF and The World Bank to grant assistance to the ‘Heavily Indebted Poor Countries’ requires the country to ‘have developed a poverty reduction strategy’. Of course, as anyone who has ever gone to the bank for a loan will know, money is very rarely handed out without guarantees it will be paid back, but when 30,000 children in Africa are dying every day there is very little scope for red tape . Debt in the poorest countries, and especially those affected by natural disaster, famine and disease, need to have their debt written off by the richest on grounds of basic humanity and equality.

The Paris club, an informal group of official creditor nations, recently called a moratorium on debts owed to them by tsunami-affected countries. But Oxfam and Action Aid have argued that the moratorium is counter-productive because in taking advantage of the Paris club initiative, debtor nations will be regarded as poor credit risks in the future. Realistically, if we are to find a long term solution to the problems faced by Asia, Africa and South America, the richest must be prepared to go further and write off the debts of the poorest altogether. Doing so would not be a panacea for all of the problems and challenges that such countries face, but would be a step in the right direction and would demonstrate that world leaders can actually back up their rhetoric with direct and constructive action.